In contrast, the influence of clouds in total longwave forcing is substantially larger, with radiative forcing trends reaching ±4 W/m² per decade.

From 1978 to 2010, the total longwave anomalies reached amplitudes of about ±2 W/m² per year (Loeb et al., 2012, below image). These anomalies dwarf the 0.02 W/m² per year radiative influence from CO2, and thus factors other than CO2 must be driving the variability.

Further, the overall trend in longwave or greenhouse effect forcing appears to have been flat during this 30-year period. CO2’s 0.2 W/m² per decade contribution may have had no net impact on the trend. 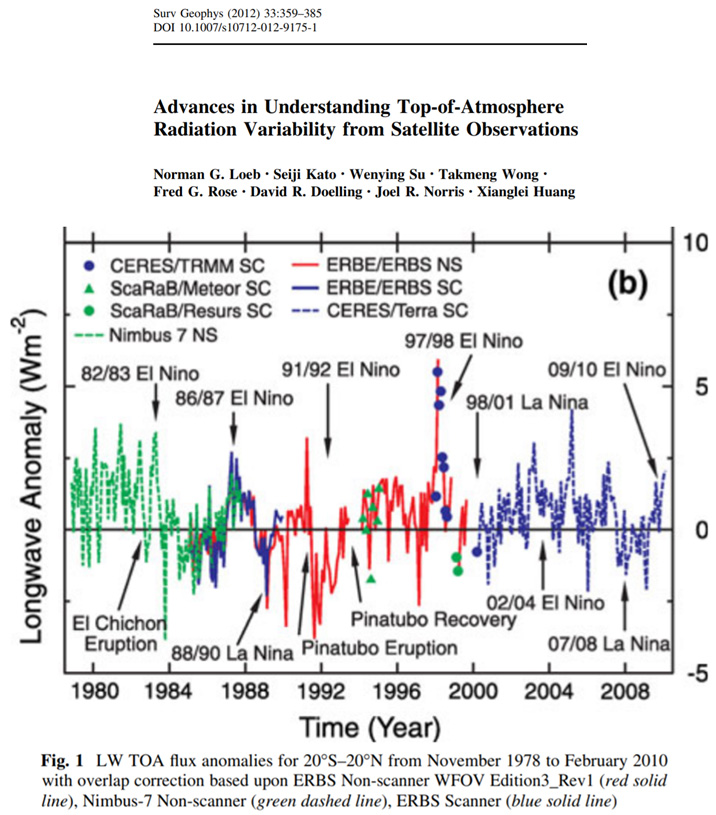 Even if a CO2 forcing signal was detectable in an overall trend over the last few decades, it would be lost amid the uncertainty and noise of the radiative effects of clouds.

According to L’Ecuyer et al., 2019, the global annual net cloud radiative effect (CRE) at the Earth’s surface is estimated to be -24.8 ±8.7 W/m². In other words, when cloud cover increases, surface temperatures cool because the net shortwave effects of cloud (-51 W/m²) exceed the net longwave effects of cloud (+26.3 W/m²). The uncertainty value associated with this overall surface forcing estimate, ±8.7 W/m², has a range of 17.4 W/m².

A CO2 forcing signal is therefore not detectable in the Earth’s energy balance. 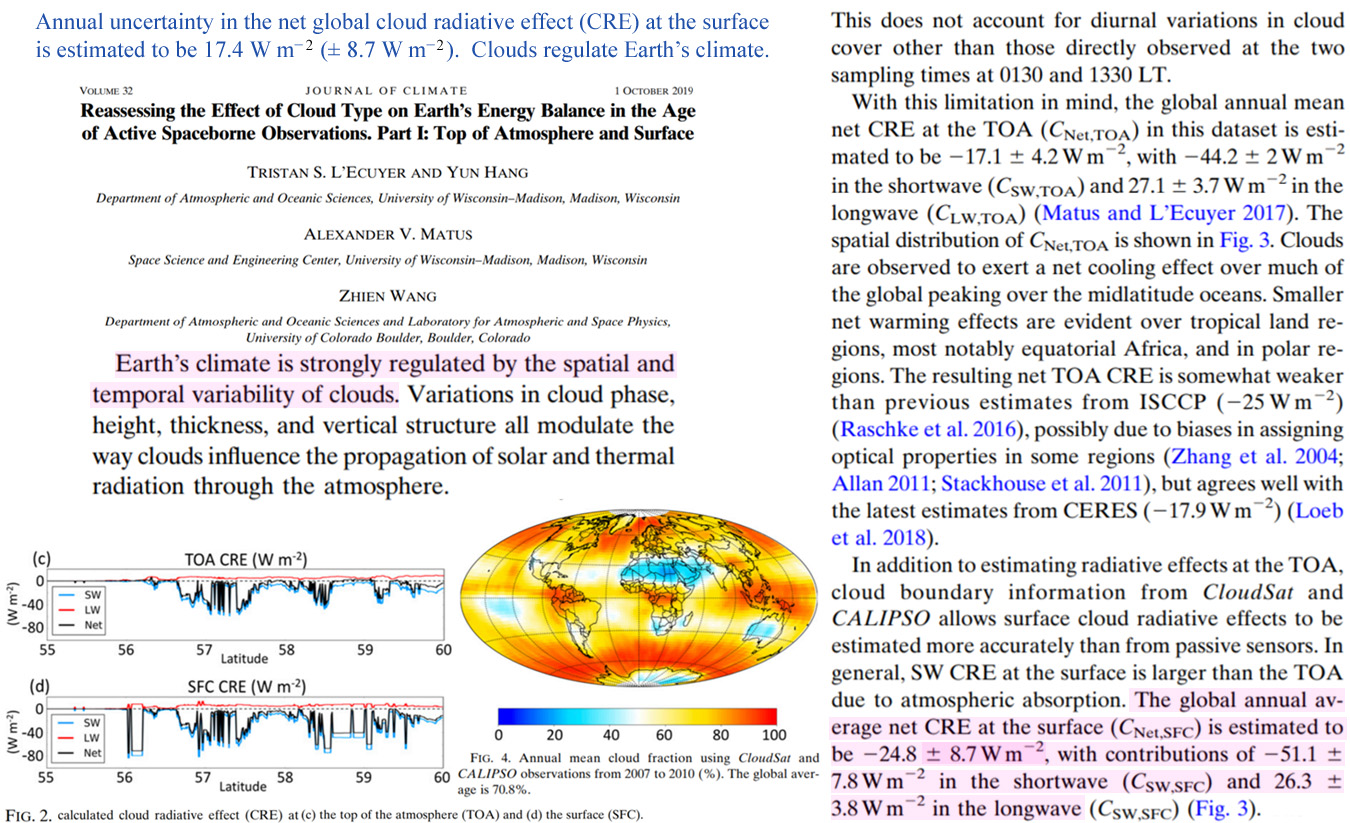