2012: German Gov Was Warned Of Pandemic…Yet Instead Poured Tens Of Billions Into “Climate Protection”

The German government, led by Angela Merkel, had been warned more than 7 years ago of the very real potential for a pandemic and that the country’s health care system was not prepared to deal with such a crisis.

Yet, instead of preparing for the probable scenario, the government poured tens of billions of euros into fighting the imaginary “climate crisis”. Now, as Germany reels from the current COVID-19 pandemic, critical voices are asking why the government never bothered to take action to implement preventive measures.

The 88-page government report, beginning on page 55, explicitly assesses the potential pandemic risks and warns of catastrophic consequences that could unfold. It describes almost 1 to 1 what is happening today. Particularly macabre is that the corona virus is explicitly named and that the outbreak would start in “February” and that the first two cases would appear in North Rhine Westphalia and Southern Germany!

Moreover it describes the major economic changes  and the possible encroachment of fundamental rights that would occur. The event is also seen unfolding in February in Asia and spreading to Germany just weeks later (see 2.4).

The report also assesses the damage extent (Schadensausmaß) a pandemic would have in the four categories comprising man, environment, economy and immaterial. Except for environment, most were rated with “E” for extensive. 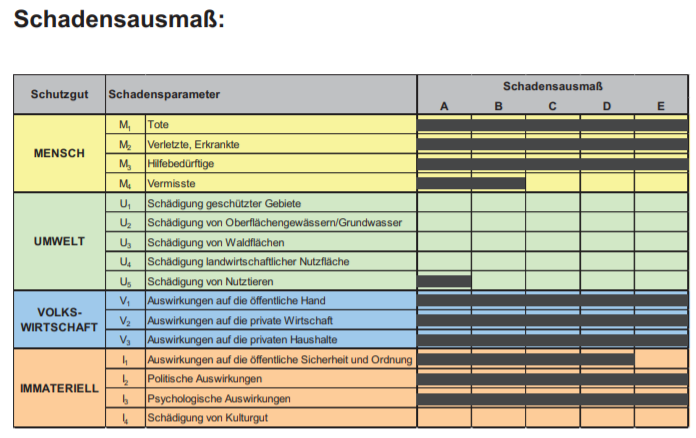 The costs to the private sector caused by the event are considerable, supra-regional scope, and a large proportion of the companies concerned cannot from their own resources. Long-term losses of turnover for the affected industries are or companies to be expected. A large number of companies go into insolvency, many more companies are threatened with insolvency; in some sectors, nationwide effects are (supplier companies). The entire national economy suffers from the event into a recession, economic stimulus packages are necessary.”

Maintaining public security and order is endangered across regions to nationwide.”

Eight years later, we see that the authors of the pandemic scenario could not have been more accurate. Yet, the German government never took the risk analysis seriously and stood by as its health care system eroded further. Instead the German government unilaterally poured hundreds of billions to combat global climate, among other things.

In a recent interview, economist and book author Dr. Markus Krall brings up the 2013 government report (15:00), saying that the government should have invested in the country’s health care system long ago and that the government’s failure to take action to prepare for this risk shows how “incompetently” we are being governed.

Krall adds that the government could have, for example, procured 100,000 respirators for a mere 50 million euros in preparation for a pandemic. “We spent billions, many billions…hundreds of billions by the handful, for other things”.

“I don’t want to say what I think about it, but every person can decide for himself what it means in terms of gross negligence in policymaking’s obligation with respect to the duties it was responsible for.”

Krall accuses the German government of moving too slowly due to its open border ideology. “Our German chancellor wanted, no matter what, to stick to her open borders, and she still does.”

Krall notes, “I have absolutely no understanding over how this government sets its priorities. That just cannot be accepted. It’s irresponsible.”

13 responses to “2012: German Gov Was Warned Of Pandemic…Yet Instead Poured Tens Of Billions Into “Climate Protection””