The past winter has been an unusually mild one for most of Europe, which has led many people to think spring was here to stay.

But the weather pattern has since switched. Instead of westerly winds bringing mild temperatures and rains across Europe, as they did all winter long, we are now beginning to see the “Beast from the East” pattern that is now pumping frigid air from Russia.

Wetteronline.de here shows the forecast ground surface temperatures dropping to -12°C in some south German areas by Wednesday next week: 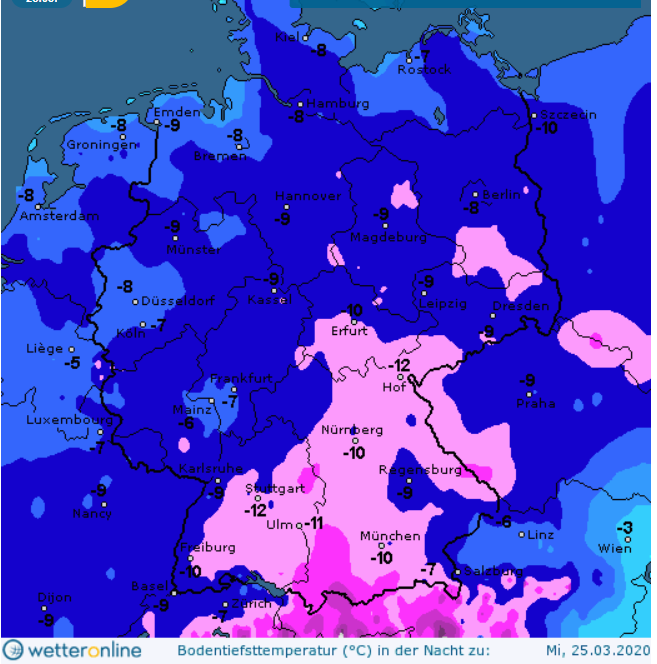 Now all the talk has since gone from “climate warming” to “just weather”.

On another note, one would think that with the Corona curfews in northern Italy reducing traffic to almost zero, we’d see improved air quality. But in fact the opposite has occurred.