In well over 3 months since its purported inception, the COVID-19 virus is claimed to be responsible for less than 50,000 deaths globally (as of the 1st of April).

Every year, about 500,000 people from across the world die from the five-month-long seasonal flu.

This was interestingly classified as “fairly mild” for total pandemic deaths in 2012 (ABC NEWS).

A closer look at Italy 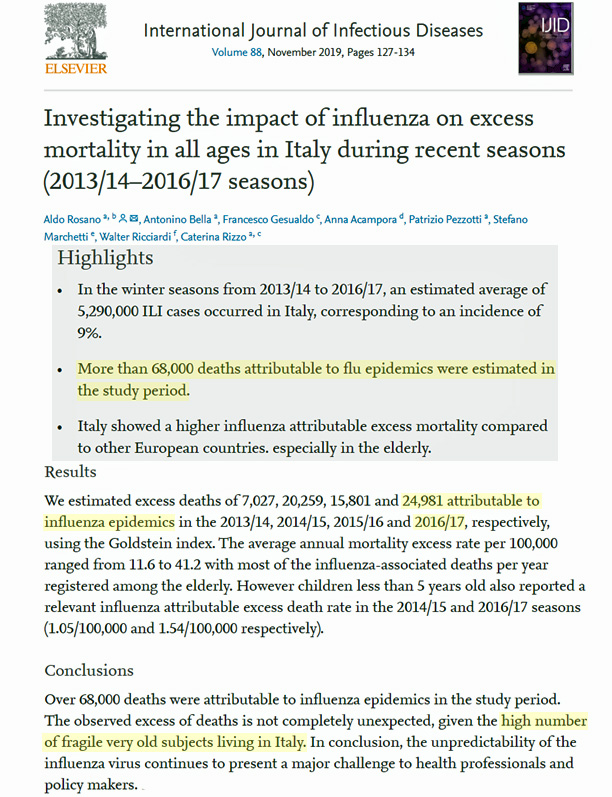 But it is highly likely the COVID-19 virus has been circulating throughout Italy for months, not weeks.

According to two Stanford medical professors, an entire Italian town of 3,300 was tested for the virus on the 6th of March (2020). 2.7% tests came back positive, which was 130 times greater an infection rate than the infection rate confirmed by that date. 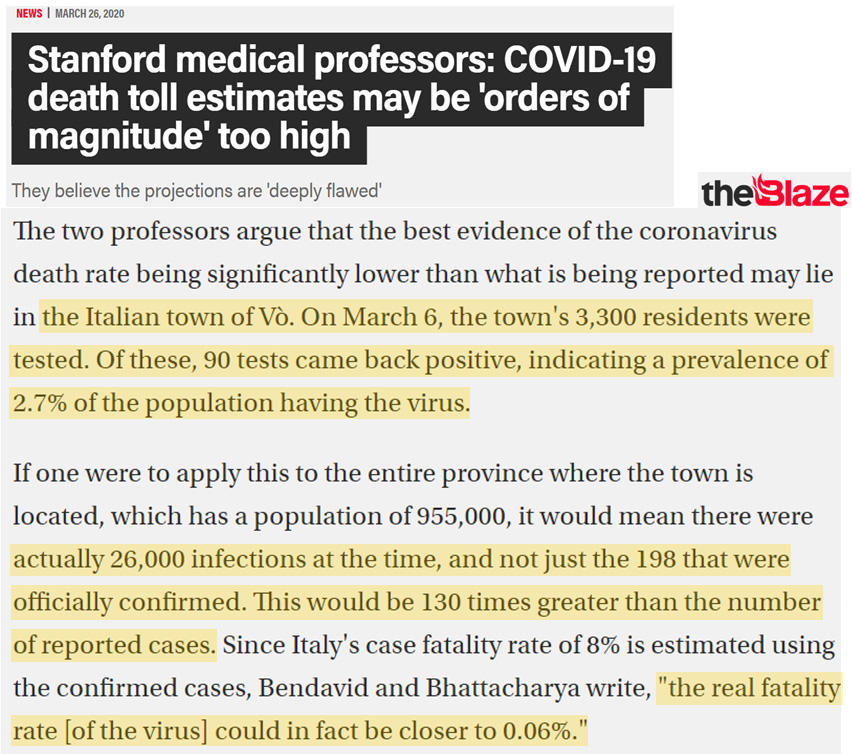 What this means is the infection rate is perhaps two orders of magnitude more extensive than we know.

Accurate calculation of death rates can only be inferred from dividing the deaths by the total number of infected cases – not just the confirmed ones.

Consequently, the death rate from infection could be far lower than we currently imagine…on par with, or even lower than, the seasonal flu.