Recently I tweeted that according to NASA GHCN V3 data, three of 4 stations in Iceland saw no warming from 1922 – 2018:

In Iceland, 3 of 4 stations have been a cooling or there has been no warming trend from 1922 to 2018, according to GHCN V3 Unadjusted data.
GHCN V4 Unadjusted data shows how NASA changed the temperature data during the same period.#地球温暖化? #温暖化？ #気候変動 #ClimateChange pic.twitter.com/XjCe4KCqjg

But then NASA adjusted the V3 data and called it GHCN V4 “unadjusted”. The chart shown above in my tweet toggles between the prior V3 chart and the “unadjusted” V4. See the difference?

Note how the lack of warming has been removed and now the V4 data show modest warming. The missing heat was found – in the statistics! So in a sense, global warming has been “man-made” – done through statistical fudging and not human activity.

Today we also take a look at Greenland. The map that follows shows the location of the stations we’ve been looking at: 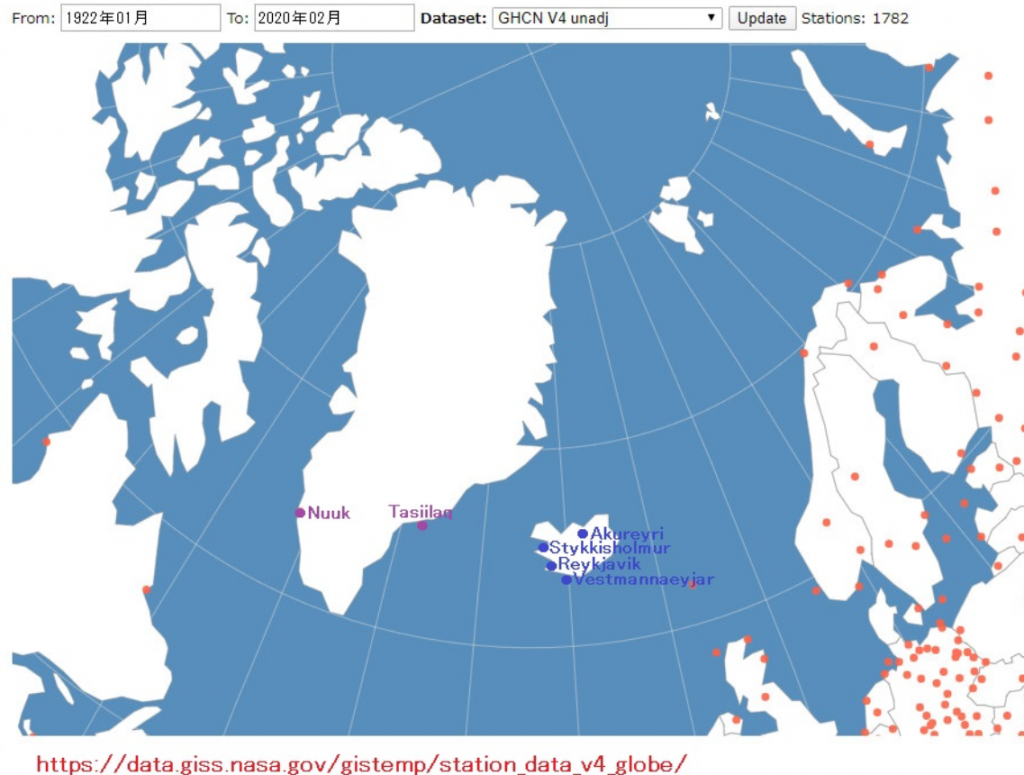 Looking at Greenland V4 mean annual temperatures at the Nuuk and Tasiilaq stations, we see the following plots: 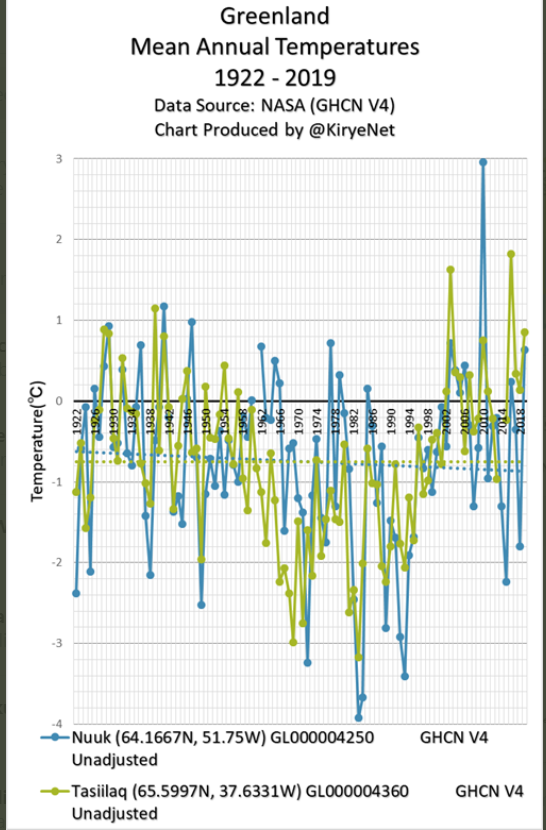 Here even NASA’s V4 data still show no warming. In fact we saw pronounced cooling from the 1960s to the early 1990s. Since 2002, Greenland temps have stabilized.

In fact a 2017 paper by Kabashi et al shows a downward trend “in accordance with a North Atlantic-wide cooling”: 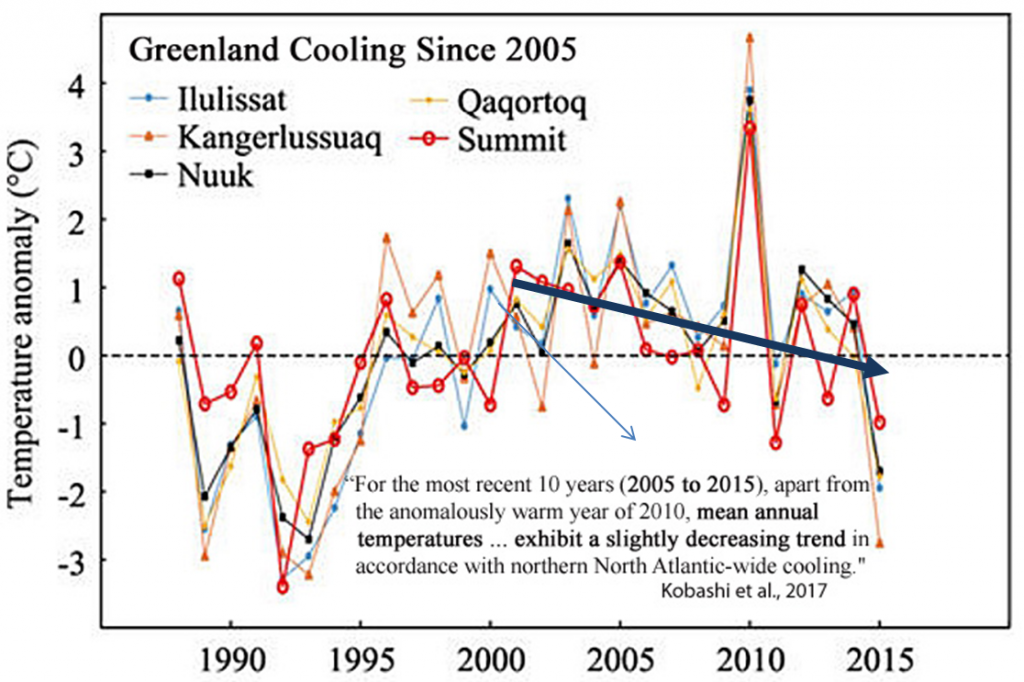 So no wonder Greenland’s glaciers have stopped appearing in alarmist headlines. After the brief 1990-2010 period of  melting, Greenland’s ice sheet mass losses have significantly decelerated since 2013 – a reversal from the rapid retreat from the 1990s to 2012 driven by cloud forcing and the NAO (Ruan et al., 2019).

The 47 largest Greenland glaciers also experienced a “relatively stable” period of rather insignificant retreat from 2013 to 2018 (Andersen et al., 2019).

In short, absolutely zero alarm up in Greenland – unless your concern is cooling.

7 responses to “Is Greenland Warming, Melting? Hell No! NASA Data Show No Warming In Nearly 100 Years!”