The Corona crisis has reduced car traffic, yet air quality has not improved. This suggests that the automobile’s role in air pollution has been vastly exaggerated. 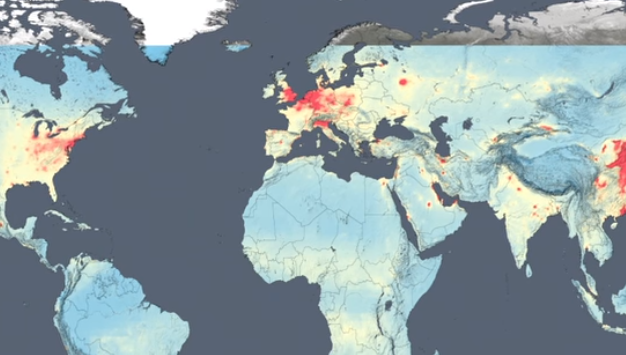 There are fewer cars on the road in major German cities due cities to the massive COVID-19 restrictions and “green zones”, “and yet it apparently does not look as if this will significantly improve air quality,” reports the online German Nordkurier here.

“Despite existing driving bans in large cities and the corona protection measures, nitrogen oxide pollution remains the same and is even increasing in some cases, according to the FDP in Mecklenburg-Western Pomerania.”

Environmentalists and climate activists like to claim that modern cars and industry have been polluting the air with dangerous particulate matter or nitrogen dioxide, but since restrictions were put in place 3 weeks ago, no improvement has been detected thus far.

“Less of an impact than previously assumed”

“The only conclusion that can be drawn from this is that air pollution from internal combustion engines has less of an impact than previously assumed,” said René Domke, regional chairman of the Free Democrat Party (FDP), in the north German city of Schwerin.

“He demanded that the future of internal combustion engines must be managed objectively again after these figures become known,” report Nordkurier.

Skeptics claim that there’s been way too much hysteria and baseless activism surrounding automobile traffic and the pollution they allegedly cause.

The real air quality problem now in Germany, critics say, is caused by the ever-increasing use of wood-burning for home heating, especially in the wintertime.

Often viewed  as a renewable source of heating energy, wood-burning increasingly has been shown to be a major cause of pollution in German cities. The leftist Guardian here reported in 2018, for example, that wood-burning has in fact been “suffocating cities” in the UK.

Since traffic has been reduced over the past weeks, air quality has  not improved, indicating that pollution from automobiles has long been over-hyped.

According to Domke, “The downright hysteria which the Deutsche Umwelthilfe and other NGOs have created  combustion engines, which at times dominated everyday political life, was and is completely unfounded.”