The northern hemisphere surface temperature was expected to drop substantially according to NCEP, but this of course will not keep global warming alarmists from sounding the warming alarms.

But a look at the unadjusted data from some rural US stations tells us that there has been no warming.

Today we look at temperature data from NASA of some stations along the northern US with a Brightness Index (BI) of 0, meaning rural locations with no urban heat island effects. We want to see the trend over the past 100 or so years.

Plotted are the USHCN Version 4 versus Version 4 adjusted.

The first plots are the data from Lincoln, Nebraska going back to 1901: 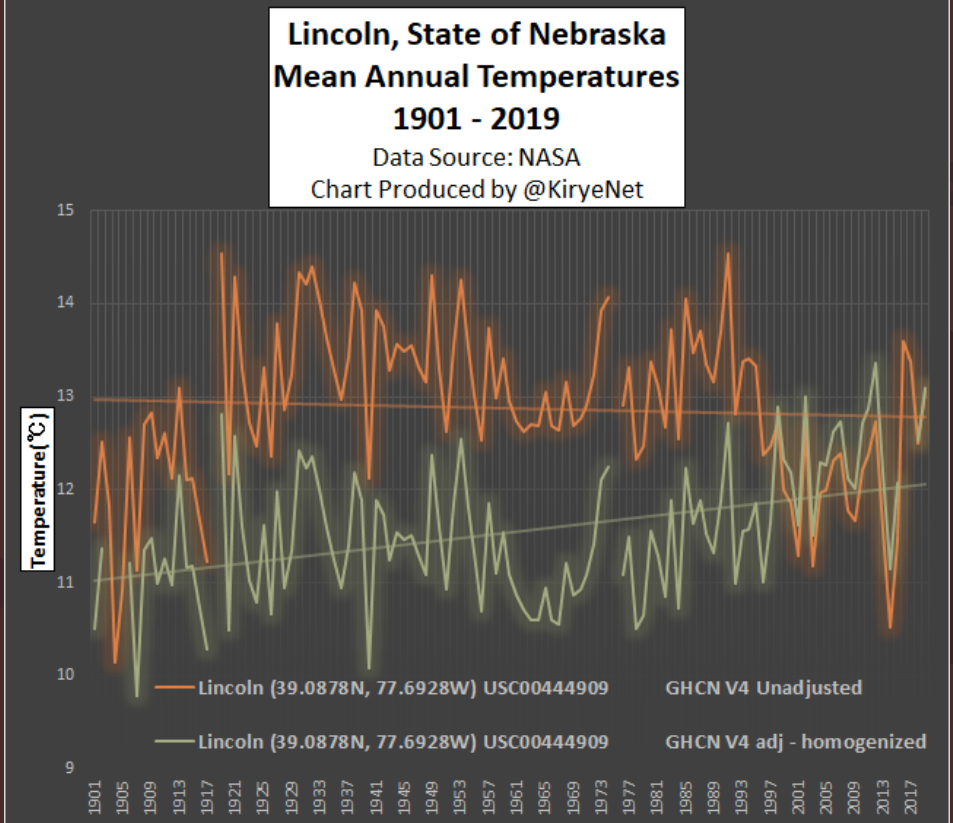 Note how a modest cooling trend was changed to a warming trend. Very ealy temperatures were cooled by 2°C!

Next we move to the Livingston, Montana station, where here as well a modest cooling trend was transformed into warming by massively adjusting past temperatures downward also by more than 2°C: 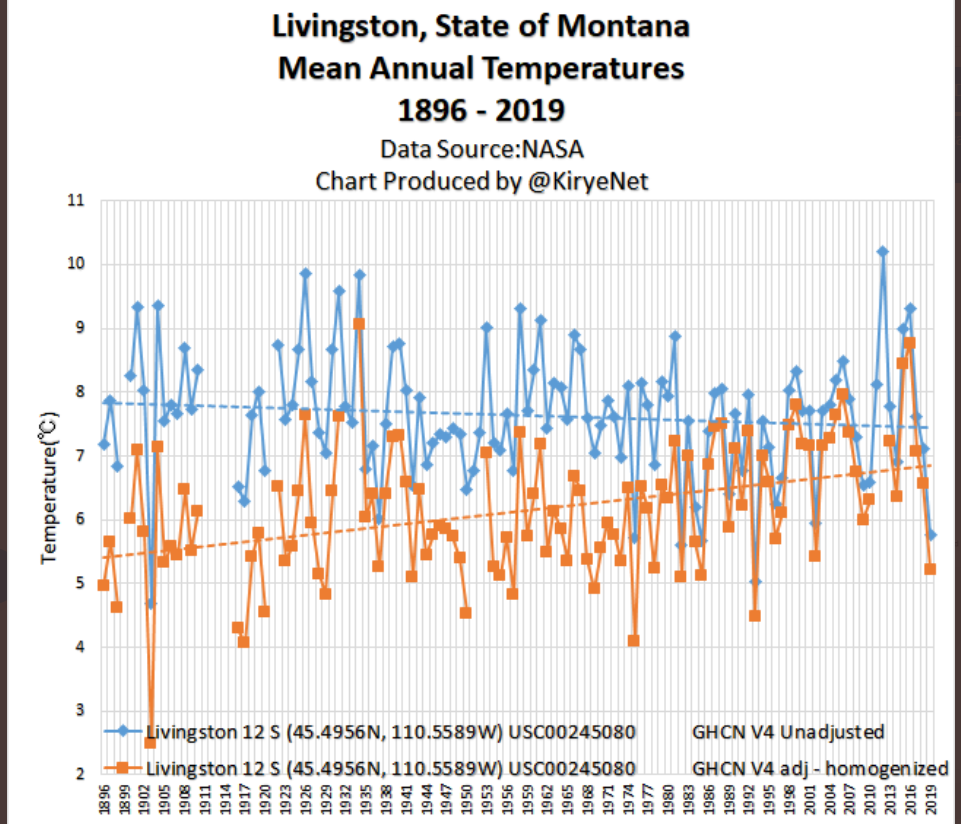 The story is similar for the New Salem, North Dakota station, where earlier temperatures were adjusted downward by more than 1°C in order to produce a meaningful warming trend: 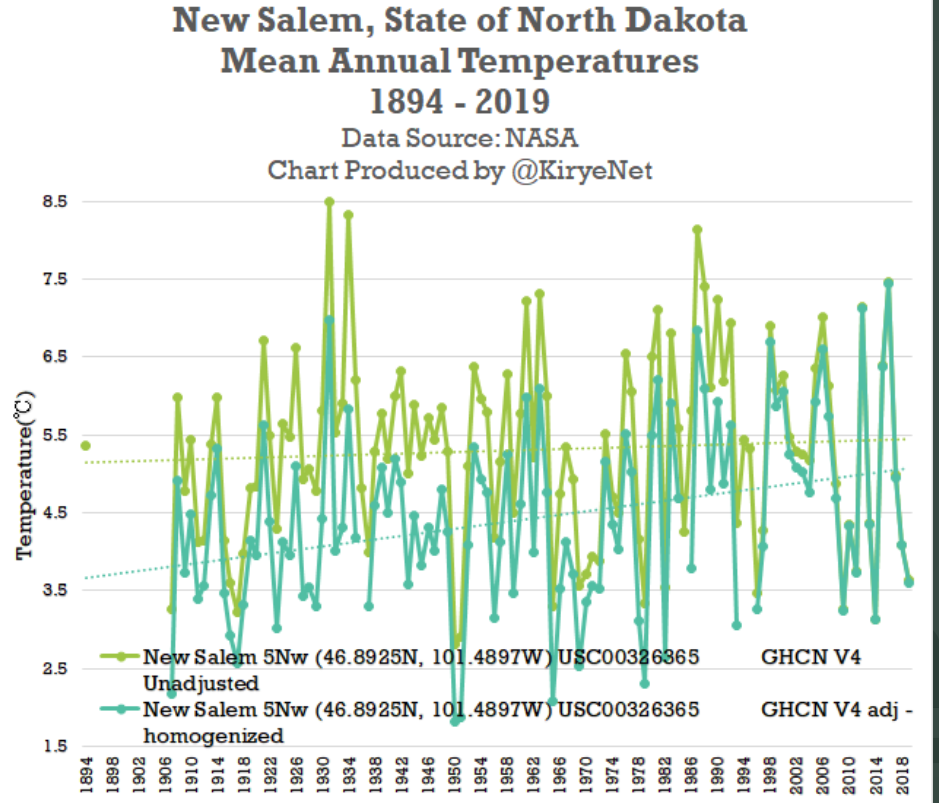 Moving to the northern US state of Minnesota, we plot the data for the Artichoke Lake station going back over 100 years. Once again the past was cooled by NASA number-crunchers: 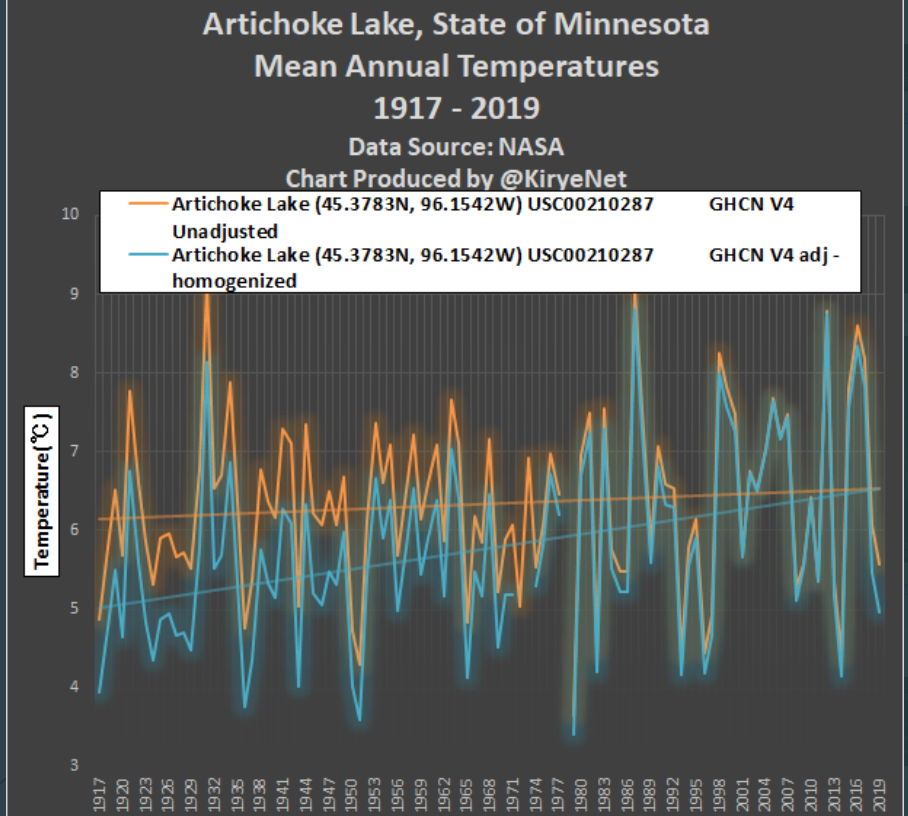 Here an insignificant warming was suddenly amplified to about 1°C per century.

Finally we compare the GHCN unadjusted to the adjusted data at Harbour Beach, Michigan, where we see a slight cooling trend over the past 120 years was changed to a warming trend: 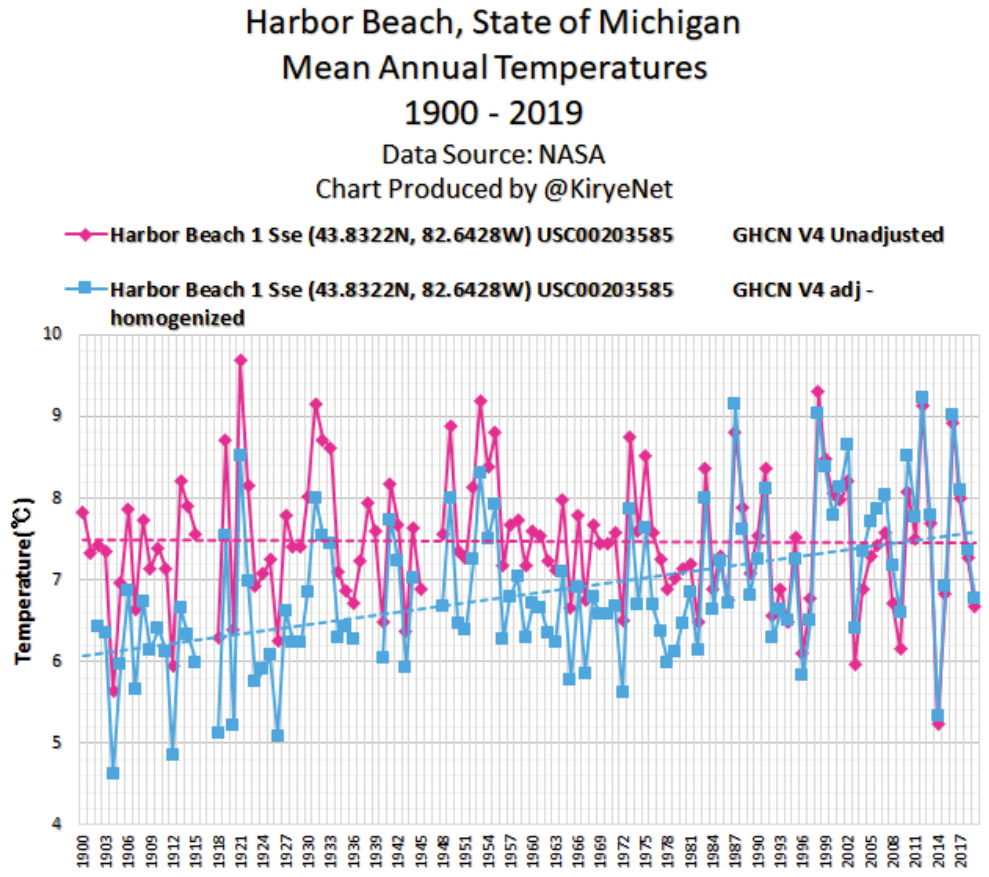 In summary rural US areas without urban impacts have raw data showing cooling or almost no warming for the past 100 years. But NASA revisions wiped out it out produced a history of warming.