Today we look at the mean annual temperatures of western USA stations that have a Brightness Index (BI) of 0, meaning they are not subjected to urban heat island impacts.

Many people are claiming that temperatures worldwide are rising due to greenhouse gas emissions from human activities.

First we begin with the station located at the town of Fort Bragg in California. Using NASA data, we plot the annual temperatures going back to 1935! 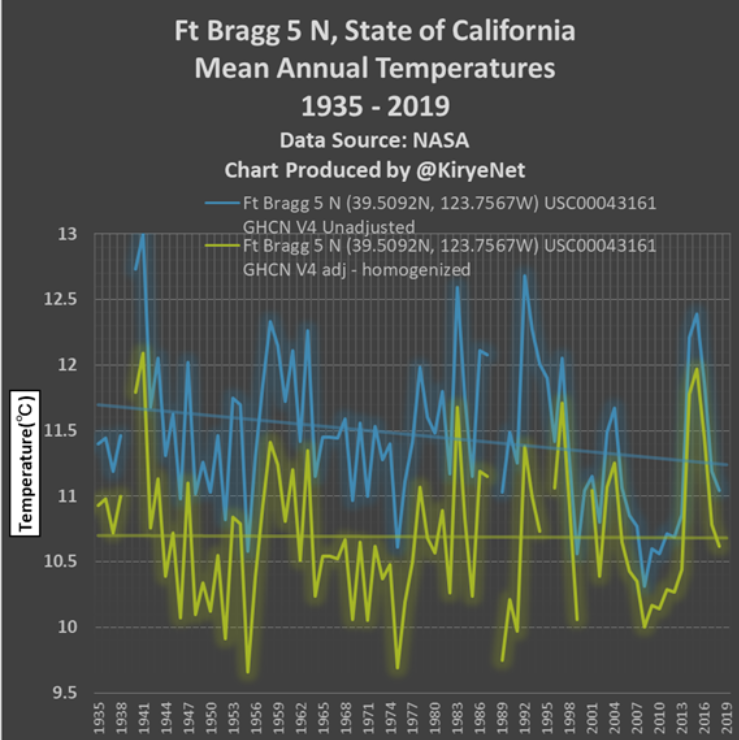 Above we plot the V4 unadjusted versus the V4 adjusted data. Neither show any warming since 1935. The adjusted data, however, turns a cooling trend into one of no cooling.

Recently I tweeted an animation that compares the v4 unadjusted data to the V4 adjusted data for the Beowawe station in the state of Nevada:

Note how the Beowawe data of the past was substantially altered (reduced) in order to create a warming trend from a previously cooling trend. Here the warming is man made – but statistically by researchers at NASA.

The story is similar for 4 other stations located in the western US.

At the Manti station in Utah, modest warming was adjusted to created more warming: 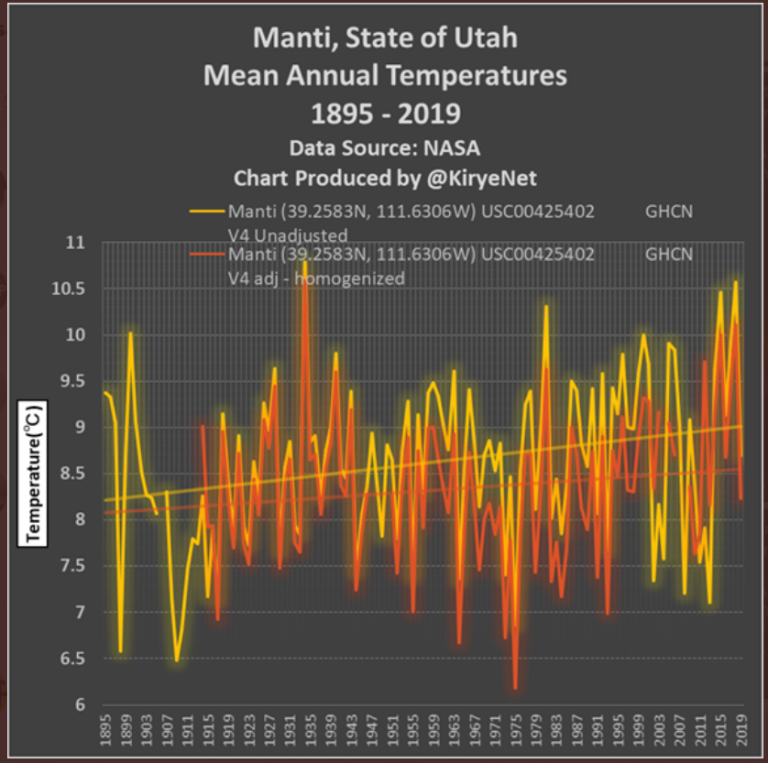 The same is true for the Seligman, Arizona station: 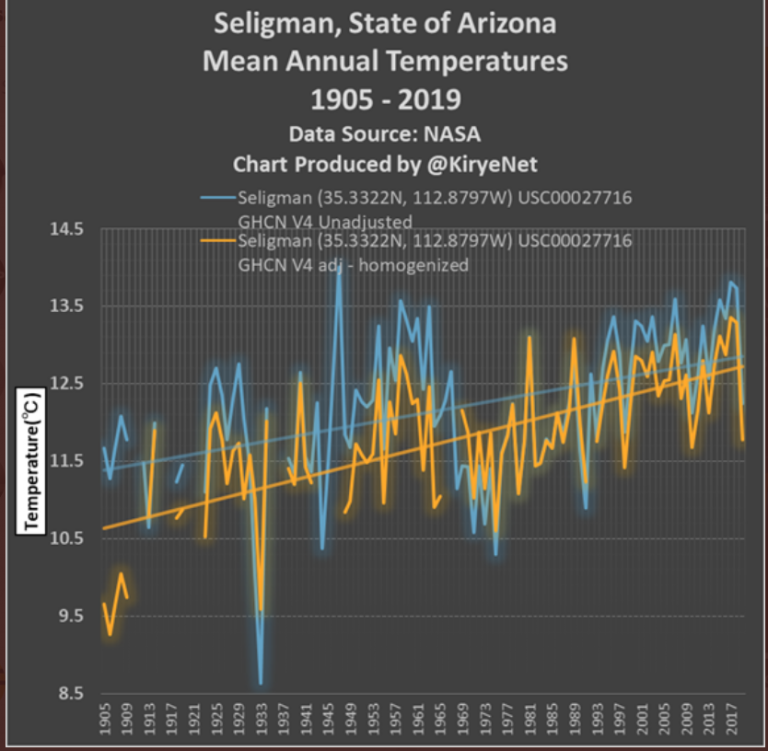 The mean annual temperatures measured by the Cheesman, Colorado station used to show a cooling trend since 1903, before NASA tampered with the data and changed them into a warming trend: 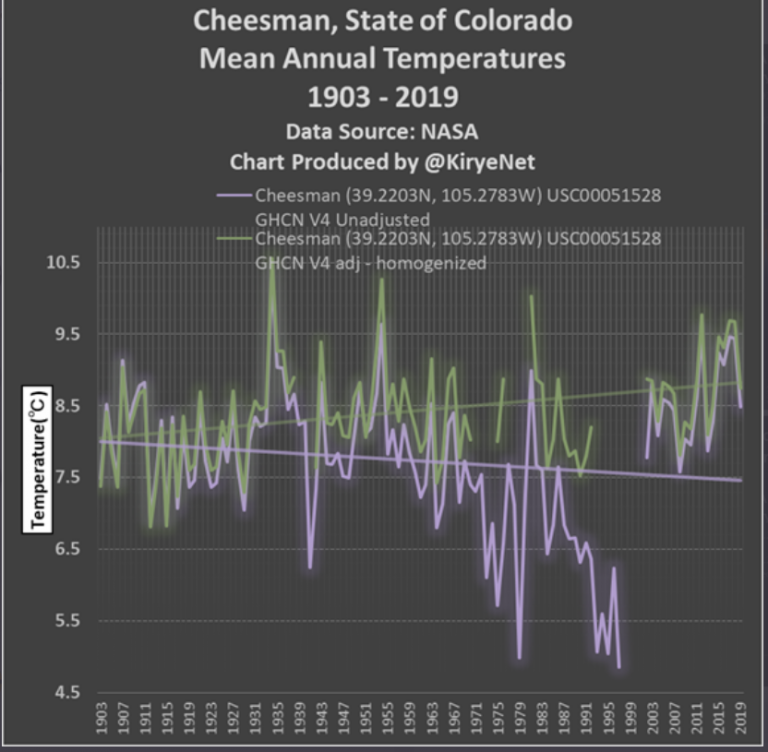 Finally we look at the data from the station for Hachita, New Mexico: 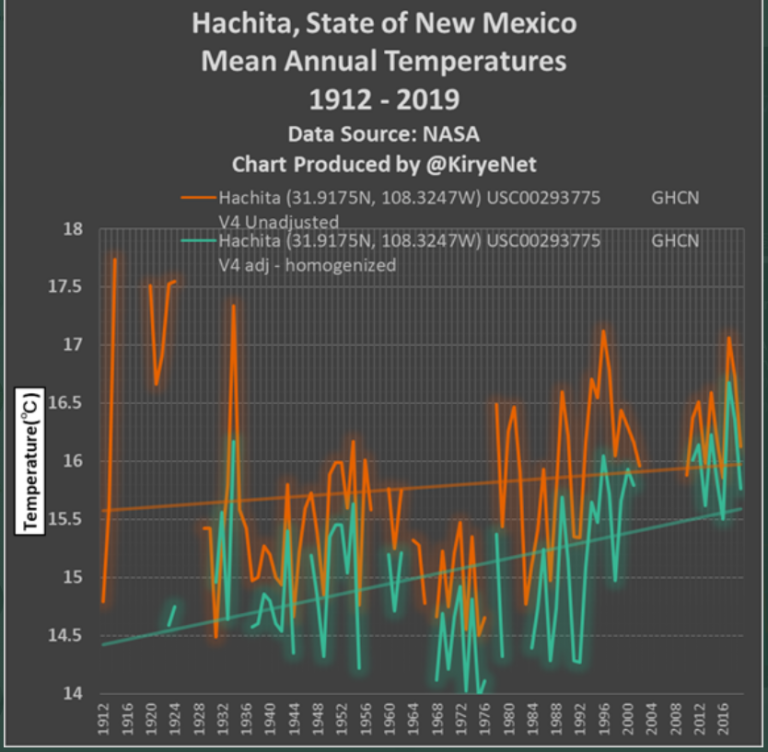 Here for Hachita, NASA changed the data so that modest warming was changed to produce greater warming.

Why do the new, adjusted data plots always end up warmer and never cooler? This seems to be Deep State science, and not real science which the public expects to get and is owed.

11 responses to “Modest Or No Warming Western US Stations Altered By NASA, Now Show Stronger Warming”