The German online Business Insider here reports on just how climate (un)friendly electric cars really are. It concludes that e-cars in Germany are “far from being climate friendly”.

As much of the public already suspects, the electricity coming out of the German outlets today is still largely produced by fossil fuel plants. And so e-cars indeed leave a large carbon footprint.

Moreover all the mining of raw materials and the massive amounts of energy needed to produce the batteries in the first place means it takes a very long time before the electric car ends up with a better carbon budget than a comparably sized internal combustion engine. 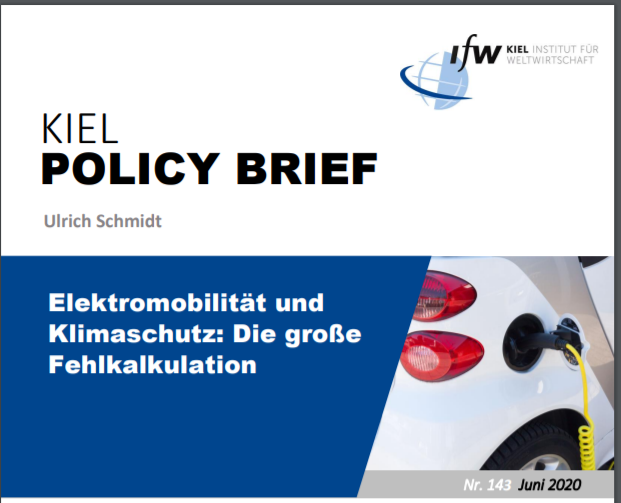 The claim that electric cars on Germany protect the climate is based on a “great miscalculation,” Kiel Institute for the World Economy finds. Image: here.

A new study by Ulrich Schmidt, researcher at the Kiel Institute for the World Economy, concluded that electric cars do not contribute to climate protection, and in fact “actually exacerbate global warming if the current electricity mix is taken as a basis.”

The study found the point when electric mobility can contribute to climate protection is  still”far off”.

“Based on false assumptions”

Climate activists like insisting that the future of mobility belongs to electric cars, but the Kiel Institute for the World Economy researcher says that this is not so given Germany’s current power supply mix, which still relies heavily on coal. Claims that electric cars are clean are based on false assumptions, says Schmidt.

As Schmidt points out in his study, a complete switch to e-mobility would increase electricity demand by almost 20 percent in the German automotive sector alone. This, in turn, would require more electricity generation from fossil fuels. Provided that availability is the same in both cases. This would considerably worsen the climate balance of e-cars.”

Schmidt adds: “Regardless of what you fill up your electric car with; from a macroeconomic perspective, it runs de facto on 100 percent electricity from fossil fuels, nowadays even 100 percent from coal. This means that electric cars do not contribute to climate protection, but actually make global warming worse.”