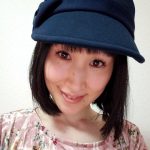 This is how alarmists operate today: Find one single extreme weather event and immediately behold it as proof of an impending climate change catastrophe. Never mind such events have happened earlier when CO2 was much lower.

Earlier this week, for example, teenage activist Greta Thunberg tweeted over at the now highly censored Twitter of a record warm reading recorded in Verhojansk, Siberia.

Siberia has continental climate, temps range from -70°C to +40°C

What is supposed to be alarming about the reading is that it was recorded at the Arctic circle, which currently runs at 66°33′48.1″ north of the Equator. It’s supposed to be icy up there, with polar bears, so many people believe.

But that is of course not the case in the summertime. Hot temperature near 40°C near the Arctic circle have happened time and again in the past. The new record recorded at Verhojansk still needs to be confirmed by the World Meteorological Organization (WMO), and if it stands, it will break the old record set back on July 25, 1988, when the town hit  37.3°C. But this is nothing unusual because records get broken all the time.

Arctic circle heat not uncommon in the summertime

High temperatures up in the Arctic occurred also much earlier in the past. For example meteorologist Chris Martz tweeted how 105 years ago Anchorage and Fort Yukon climbed to 100°F (37.8°C).

Reader Don Penim then added how the Chicago Tribune reported on July 14, 1957, that the temperature at Vorkuta, Russia, “inside the Arctic circle”, reached 100°F for en entire week!

What about 100 degree temperatures "EVERY DAY FOR A WEEK" inside the Arctic circle?

Next we look at NASA GHCN Version 3 and Version 4 mean annual temperature data for the weather station located at Verhojansk, Russia: 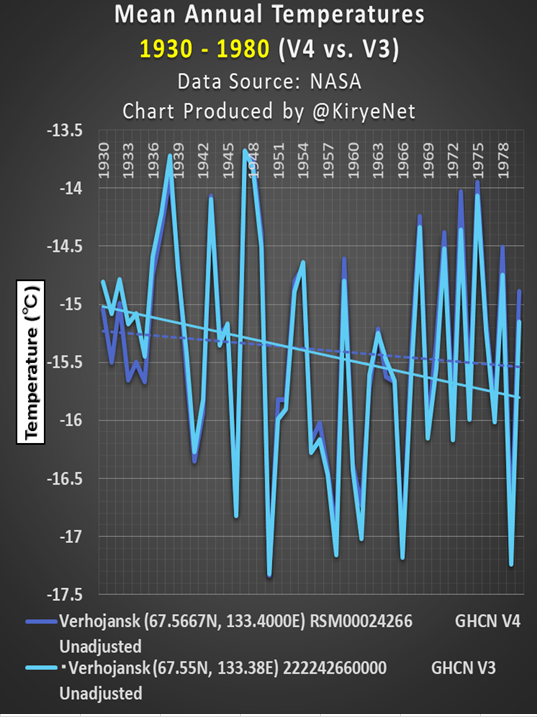 Note how the mean annual temperature trend fell 50 years long while CO2 emissions climbed. Clearly CO2 is not driving the temperature in Siberia, and many experts question the claimed large atmospheric warming effect that CO2 has on the globe.

Climate blogger Tony Heller also tweeted how the Arctic above 80° north is at normal temperature, and has not risen above normal in the summertime for 20 years!