This year is the first time since 1951 the Pacific sees no typhoons in the month of July. Typhoons have seen downward trend since 1951.

And recently these alarmists have had our attention steered to the Atlantic basin, where tropical storms this year have seen quite an active season thus far.

Another reason the focus has been on the Atlantic is because very little has been happening in terms of Pacific typhoons, and the alarmists don’t want to talk about that.

In fact this July is the first July to have seen no typhoons formed in the Pacific at all since statistics on this began in 1951, according to the data from the Japan Meteorological Agency (JMA). 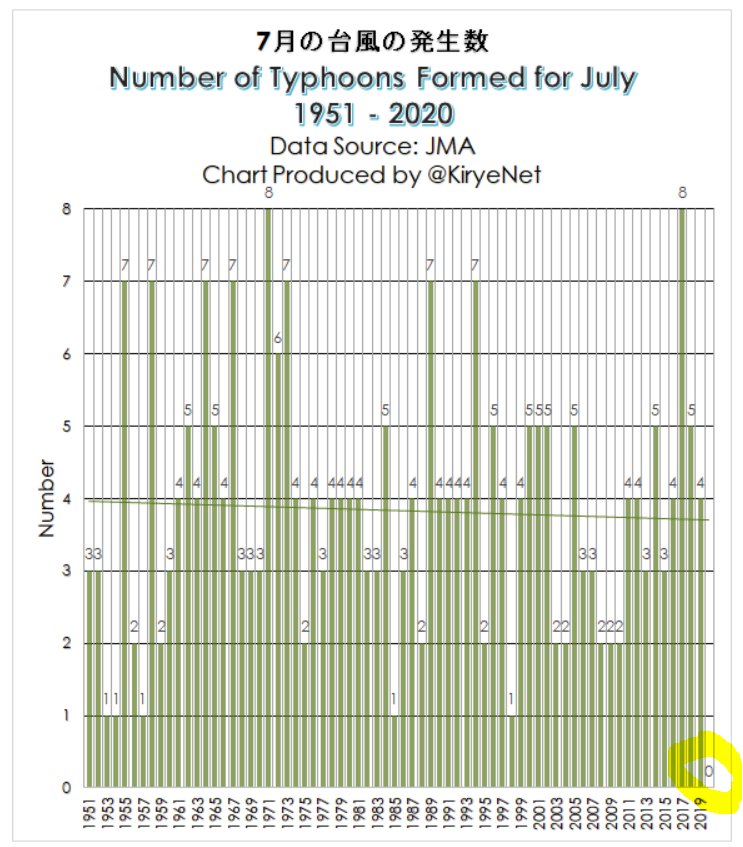 But one year does not make a trend. Global warming alarmists say storms are getting and will be more frequent, and stronger. So let’s look at the data here as well.

The following chart shows the number of typhoons formed in the Pacific each year from January to July, since 1951: 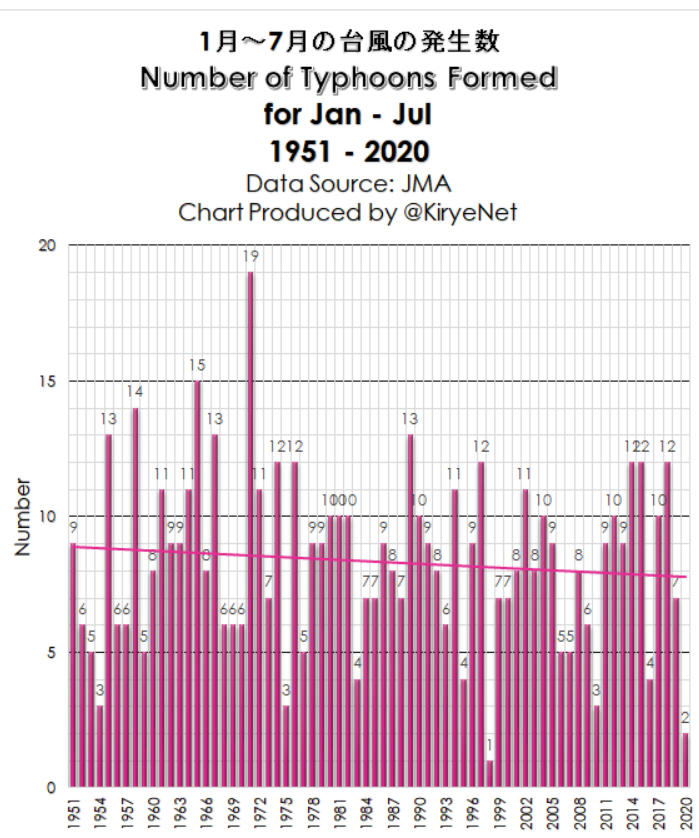 Contrary to what global warming alarmists say, the trend has been downward! The year 2020 has been the second quietest on record – so far.

A warmer world is tamer?

Now we look at total number of typhoons formed each entire year: 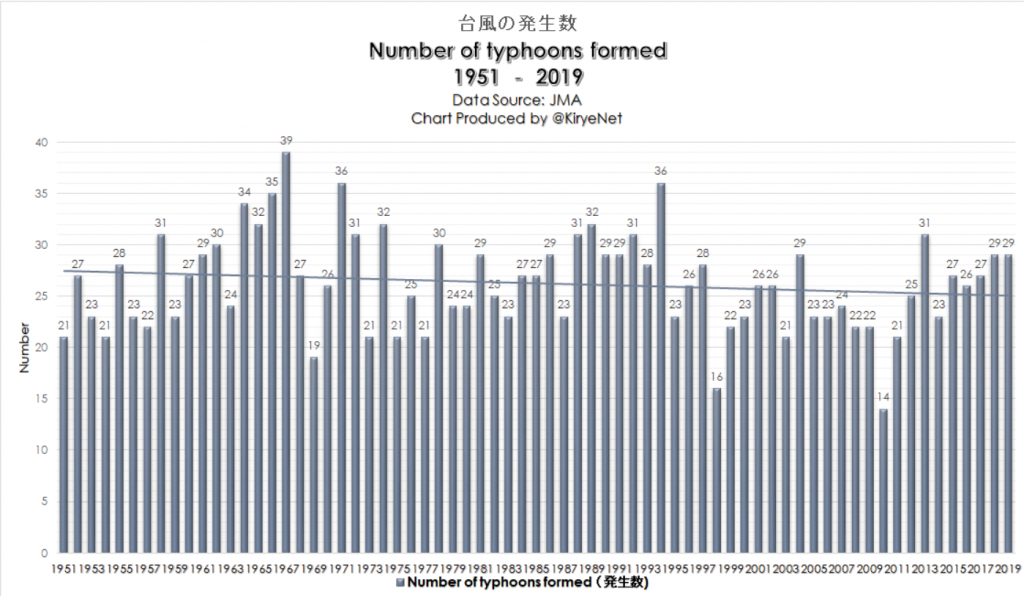 Once again the global warming alarmists are shown to be wrong. In fact, it’s probably the other way around: A warmer planet leads to less storm activity. But this is not the message the purveyors of fear want us to hear.