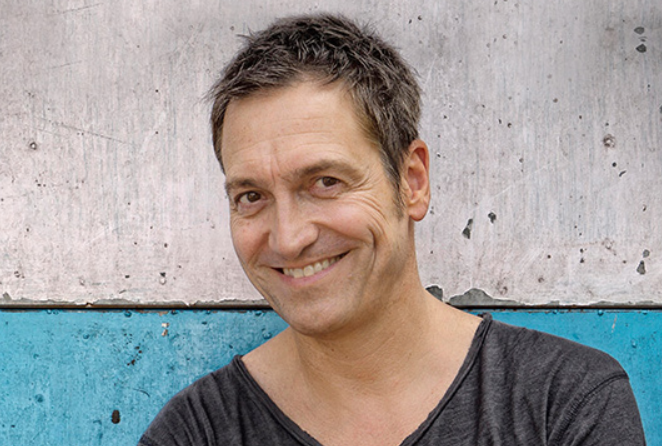 A message to Ramstorf, Mann, Greta, media, alarmists who declare their science as The Truth.

What follows is Nuhr’s response to the DFG takedown of his statement he posted at Facebook, translated in the English (my emphasis added)

“In July I was asked to send in a 30-second voice message on science for the German Research Foundation’s campaign #DFG2020. I made the following original statement:

‘Knowledge does not mean you are 100% sure, but that you have enough facts to have a reasoned opinion. But many people are offended when scientists change their mind: That is normal! Science is just THAT the opinion changes when the facts change. This is because science is not a doctrine of salvation, not a religion that proclaims absolute truths. And those who constantly shout, “Follow science!” have obviously not understood this. Science does not know everything, but it is the only reasonable knowledge base we have. That is why it is so important.’

‘The DFG would like to start by thanking you for your contribution.’ It wrote to me: ‘We thank you very much for your wonderful statement – your trenchant commentary on the relevance and explanation of science.’

The article was then published by the DFG and, due to the ‘strong and very critical response’, was taken down again on July 30th to ‘protect the DFG’ (quoted verbatim).

I find this more than alarming. The fact that criticism comes up when I express myself does not surprise me anymore. No matter what I say, as soon as it becomes public on the Internet, it gets met with organised hate. This is obviously a campaign organized in the Internet to discredit me as a participant in the forming of opinion. It is obvious that this is ideologically based, because I am politically critical of the left AND the right and I am always against any political extremism. This outrages both left and right fanatics, and since I also repeatedly express criticism of religion, I am also criticized from the religious side. As a satirist, you have to live with that.

What’s new is now an organization like the German Research Foundation, which should stand for free thinking like no other, is giving in to the ideologues on the Internet. This is not only astonishing, but also frightens me, because I now perceive a McCarthy-like mood in the country and, in the course of the Cancel culture, I also see the freedom of thought and research in general in danger.

I have been told by the DFG that it is necessary to ‘give in to criticism’ in order to ‘avert damage from the DFG’. I fear that the greater damage will be done if the German Research Foundation is involved in silencing critical and by no means extremist or conspiracy-theoretical voices.

I have never (!!!) argued in an anti-scientific way; on the contrary, I have always stood up against the misuse of science. One example: I have ALWAYS said that I think the Friday For Future movement is basically sympathetic, but that I find the phrase “Follow science” questionable because it suggests that there is one, untouchable opinion and solution strategy for climate change, because this way science is declared a narrative of redemption. That is the opposite of science.

There are different scenarios and different solution strategies not only among the population but also among climate scientists. It is even a basic condition of free research that different theses are allowed and discussed. This is what happens in science. In the public, however, diversity of opinion is increasingly actively suppressed by denunciation. Individual groups proclaim inviolable truths, claim that science is on their side and accordingly treat critical thinkers as heretics, then lump them together with madmen and conspiracy theorists and try to discredit them. That is Dark Ages and frightening.

In these times, shit-storms are increasingly replacing factual argumentation. IT IS IMPOSSIBLE FOR THE RESPONSIBLE PEOPLE AT THE DFG TO HAVE FOUND SOMETHING “ANTI-SCIENTIFIC” IN ME, IF ONLY BECAUSE IT DOES NOT EXIST. They ‘reacted to criticism’. In other words, the DFG submitted to the rioters who systematically work on the Internet to suppress critical voices at the center of the political spectrum. No one can seriously place me on the fringes of politics anywhere.

The DFG is thus actively involved in pursuing criticism as heresy and muzzling dissenters. However, I consider this to be a phenomenon that seriously endangers democratic discussion, if only because it has reached the scientific community worldwide. At universities, however, massive efforts are being made everywhere to ensure that dissenters are no longer allowed in at all. This is not only outrageous, but frightening. What kind of country do we want to live in? In a country where public reflection is increasingly punished by denunciation and social exclusion? It scares me.”