The COVID 19-pandemic has led the German public to grow weary and distrustful of the “follow the science” mantra and to realize that it means losing liberty and fundamental rights.

Political shifts and public opinion changes are afoot in Germany as libertarians and conservatives become every more disenchanted with the restrictions. 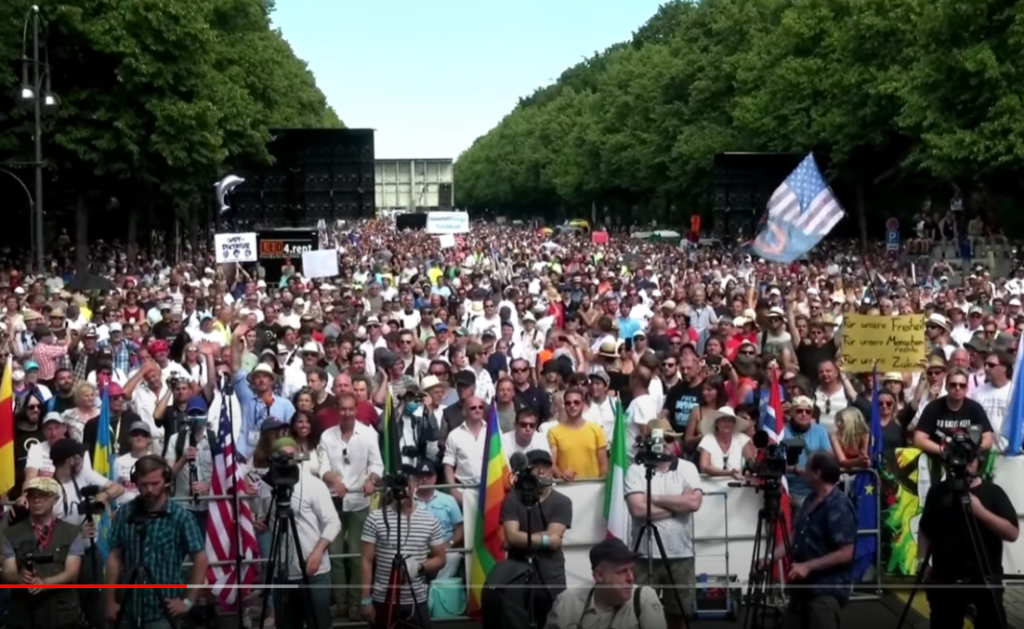 Last weekend tens of thousands (estimates range from 10,000 to over 1,000,000) demonstrated in Berlin to protest government restrictions aimed at limiting the spread of the COVID-19 virus. The protest was also about the limitation of free speech and the right to assemble.

Desperate, ruling politicians and their allied mainstream media responded by defaming the protesters as nutcases rather than treating them as respectable working citizens and taking their grievances seriously. The gross mistreatment by politicians and media only confirmed to many demonstrators that they’ve gone too far.

This weekend German citizens have turned out by the thousands in Stuttgart and other cities to continue their protests and demand their freedom and rights back. A large part of the public refuses to “just believe” the government experts. In their view the science is not settled at all, and there’s no reason to continue refraining from their liberties.

Another sign of changing opinion tides and distrust was the recent reversal by the German Research Foundation (DFG) which earlier had taken down a climate science critical comment by high profile satirist Dieter Nuhr from its website. In his comment Nuhr warned its reckless to “follow the science” because the science behind climate and COVID-19 is far from settled.

Moreover, the German Tagespost here warns German leaders to be wary of the current trend, and sees the political right in Germany to be transitioning away from statist traditions.

“At the latest since Hegel and in accordance with Prussian and Protestant traditions, the state had a promising, even metaphysical sound. That is currently changing,” the Tagespost comments.

“While Chancellor Merkel was accused of state failure in the migration crisis, and thus still demanded a strong state that is able to protect its borders, the state itself is now increasingly becoming a problem. As in the USA, right-wing liberal thinking is gaining influence. The state is considered a threat to civil liberty.” adds the Tagespost. “Corona is currently whirling the relationship of the Germans to the state in a colorful confusion.”

The next major demonstration is planned for August 29 in Berlin.