The Super-Spreaders Of Panic… COVID-19 Hype, Hysteria Have Reached Dimensions of Absurdity

We hear it from the panic-obsessed media and politicians all the time. Even kids too have to go to school with masks and maintain distance from one another. Large events are being called super-spreaders and so being shut down. Global travel restrictions abound.

The virus is far more dangerous than the influenza and we are living in a worldwide pandemic, they say. Moreover, all the world citizens are being told that restrictions – and vaccinations – may be mandatory. So get used to the idea. But it’s all for our own good, leaders and  media want us to believe.

All the panic, however, is based on rising “new cases”. And charts from Worldometer show that new cases are indeed on the rise in many countries and that the second wave has come!

But how dangerous is this second wave really?

Today we look at the statistic that really counts: the daily death rate. Here in Germany, where tens of thousands of anti COVID-19 restriction protesters are now being savaged by the media as ignorant everything under the sun because they dared to question the restrictions, the death rate has in reality been close to zero for some 2 months now. 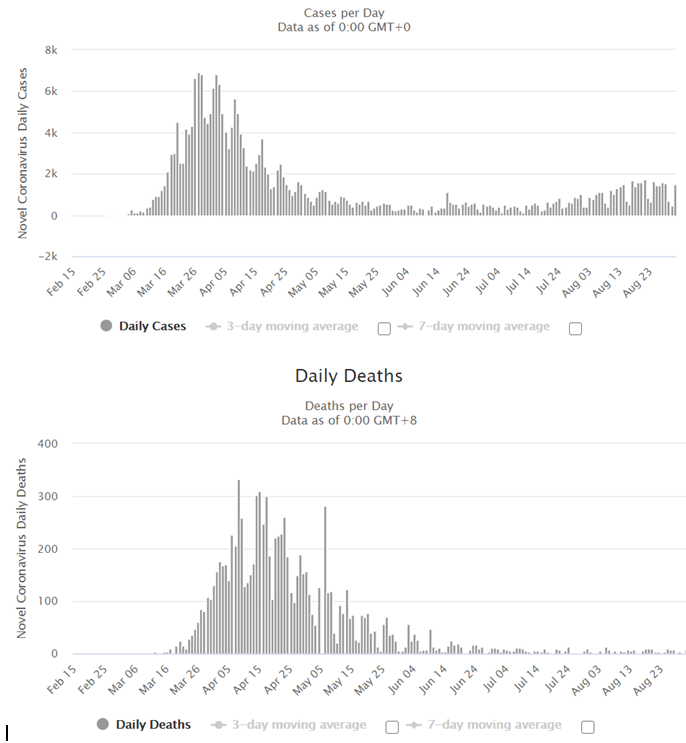 Skyrocketing new cases in France, but deaths near zero!

Lately France has seen a sharp rise in “new cases”, as the chart below shows. But the next chart shows that despite all the “new cases”, there have been virtually no change in the number of daily deaths, which are very close to zero. 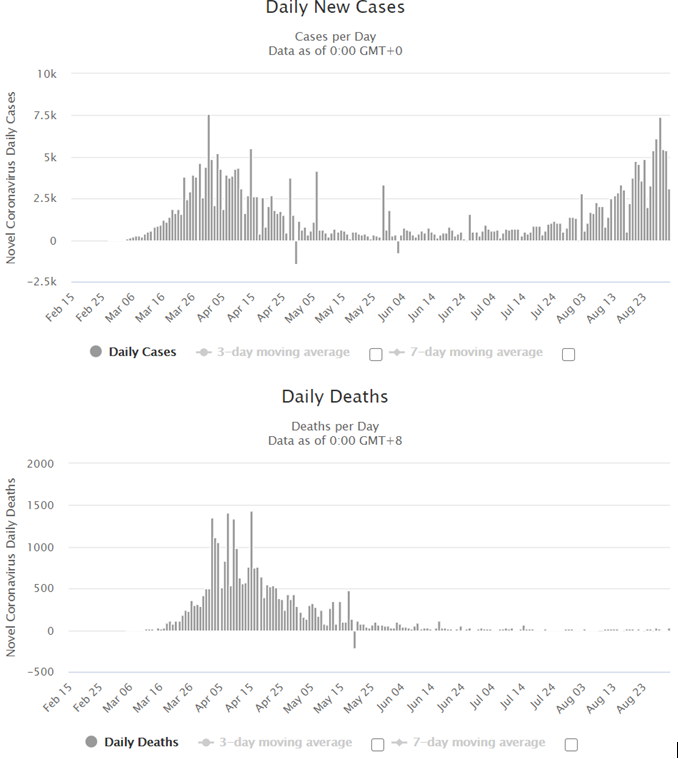 Next we look at the situation in Italy – the epicenter of the COVID pandemic earlier this year, which the media and leaders shamelessly used to spread mass panic worldwide. 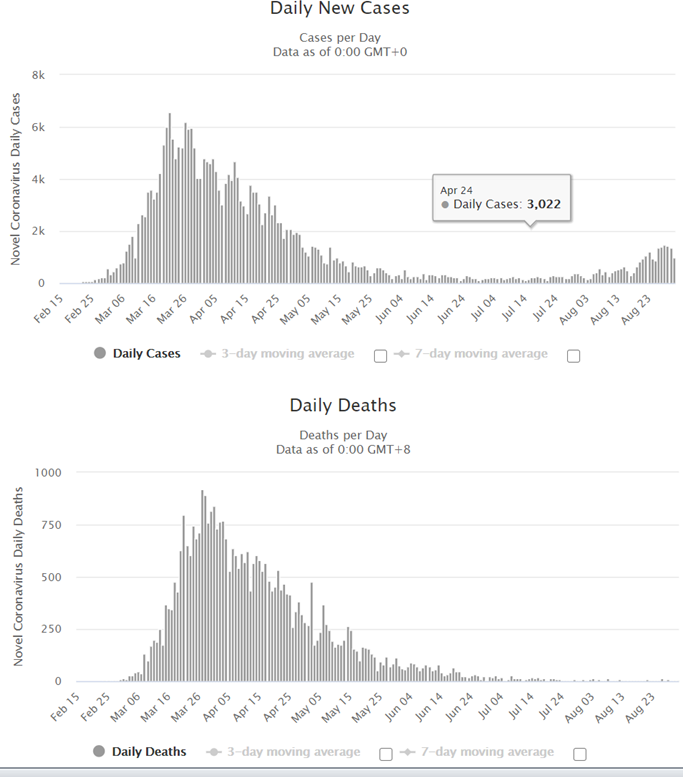 Also Italy has just experienced a “second wave” of the “deadly virus”, but as the above chart shows, there have been almost zero daily deaths since early July!

Experts also say that many of the new cases are not even showing any symptoms.

The story is very much the same at many locations around the world. Lots of testing, lots of false positives and so lots of panic reports – but the deaths in Europe are increasingly rare.

Despite the low death numbers, the panic has taken on new, unprecedented dimensions of public health hysteria and absurdity.  Though the virus in combination with the lack of preparedness indeed had posed a risk earlier this year, the situation today is totally better now and there is no need to continue on with all the restrictions. Very few people are dying of it in Europe.

All the mass economy-killing restrictions are in fact leading to far greater death numbers, especially in poor countries. It’s time to end the insanity.

13 responses to “The Super-Spreaders Of Panic… COVID-19 Hype, Hysteria Have Reached Dimensions of Absurdity”