New Study: An East Antarctica Region Has Cooled -0.7°C Per Decade Since The 1980s 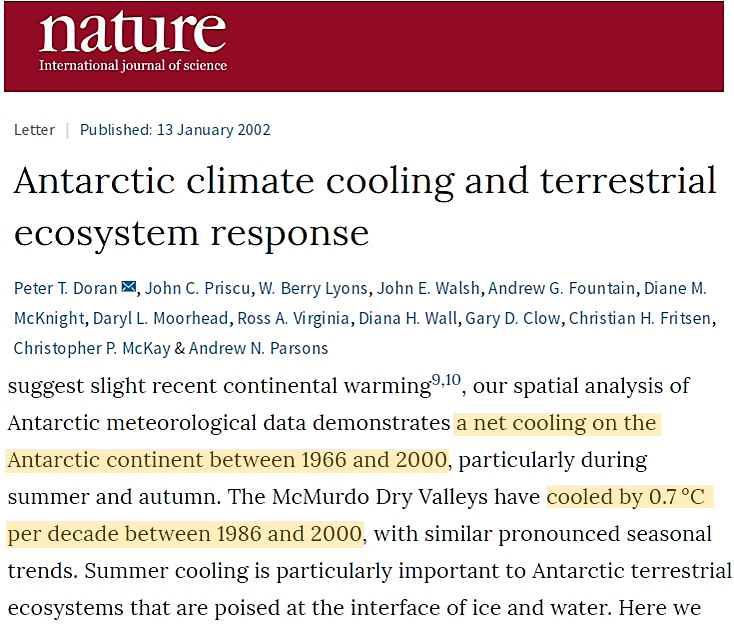 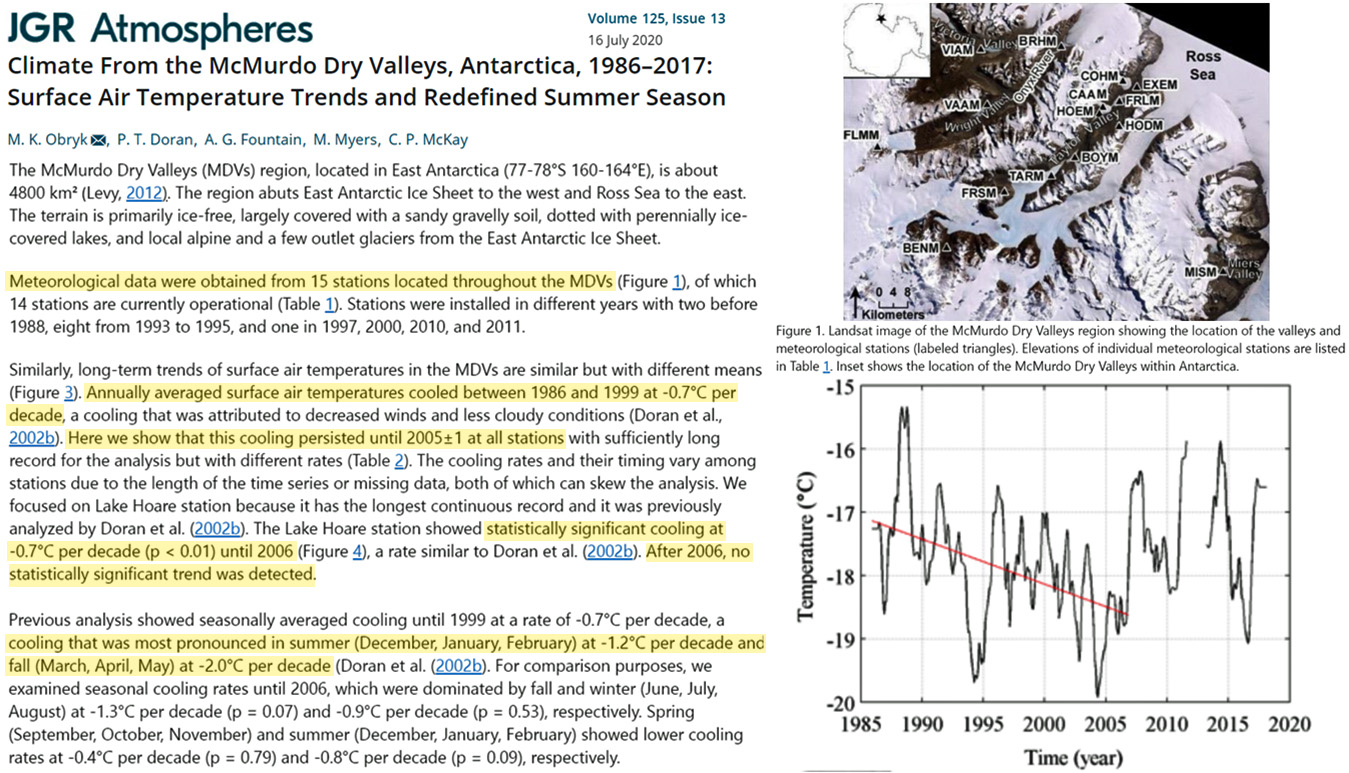 Turner et al. (2020) report cooling of the Antarctic Peninsula since about 2000 and no net warming in East Antarctica since the early 1980s.

Hrbáček and Uxa, 2020 report a “significant air temperature decrease started around 2000 along most of the Western AP [Antarctic Peninsula].” Specifically, “the north‐eastern AP region exhibited a MAAT more than 1°C lower in the period 2006–2015 compared to 1996–2005, and autumn (MAM) air temperature was even about 1.5°C lower.” 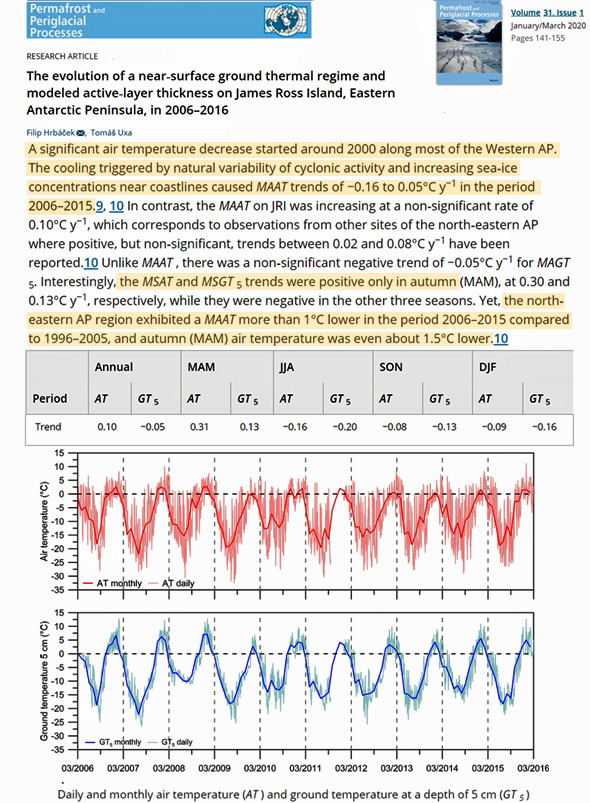 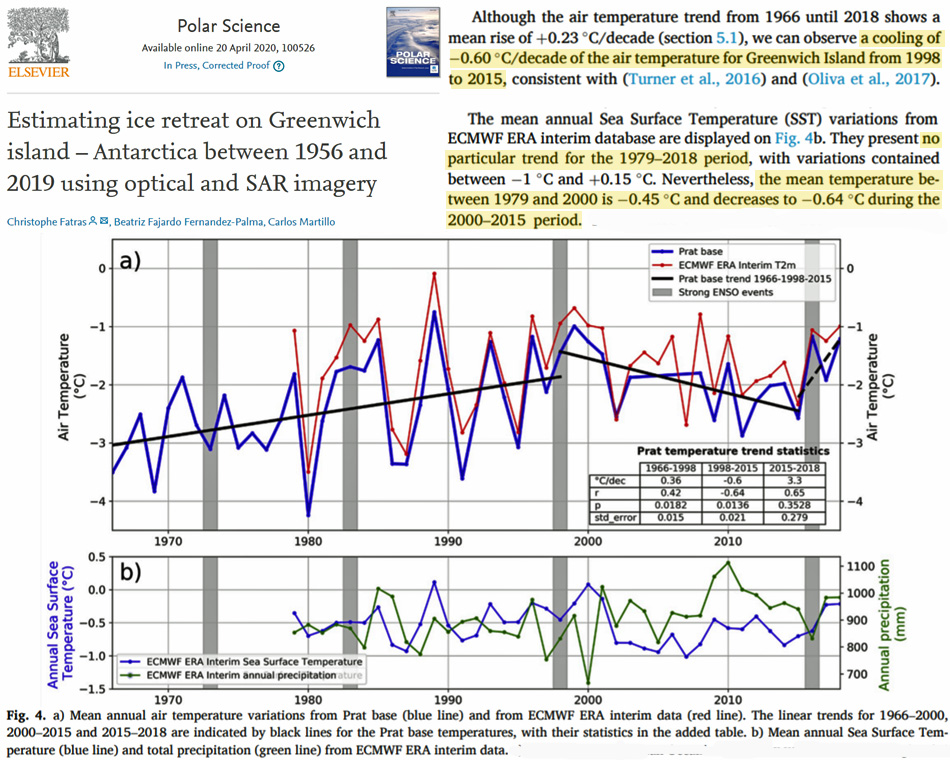 In summary, scientists have been consistently documenting significant cooling trends throughout the Antarctic continent in recent decades despite the common media portrayals of rapid Antarctic warming in response to human activities.

3 responses to “New Study: An East Antarctica Region Has Cooled -0.7°C Per Decade Since The 1980s”