Hachijojima is a volcanic Japanese island some 287 kilometers south of Tokyo, to which it belongs. 7,522 people live on its 63 km2 of area.

What makes Hachijojima interesting climatically is its rural, non-urban features – in the middle of the ocean –  making station siting there less prone to factors that could corrupt the data, such as airports, asphalt, concrete, steel and other heat-sink-acting infrastructure.

Today we look at data from the Japan Meteorological Agency (JMA) going back almost 80 years. Hearing all the claims about a rapidly warming world from the media, many readers would think that there must be warming happening there as well. The data have a surprise in store.

Now that summer has ended, we plot the latest data to see if summers have indeed been warming at this island. 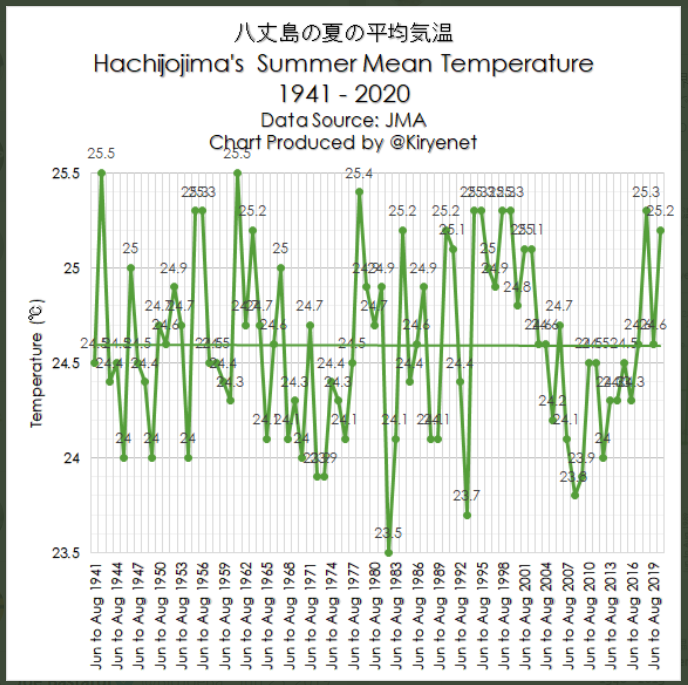 As the above data show, there has been virtually no trend at all over the past 80 years. Warming? Still no sign of it at all.

Next we look at the mean winter temperatures at this location since 1947: 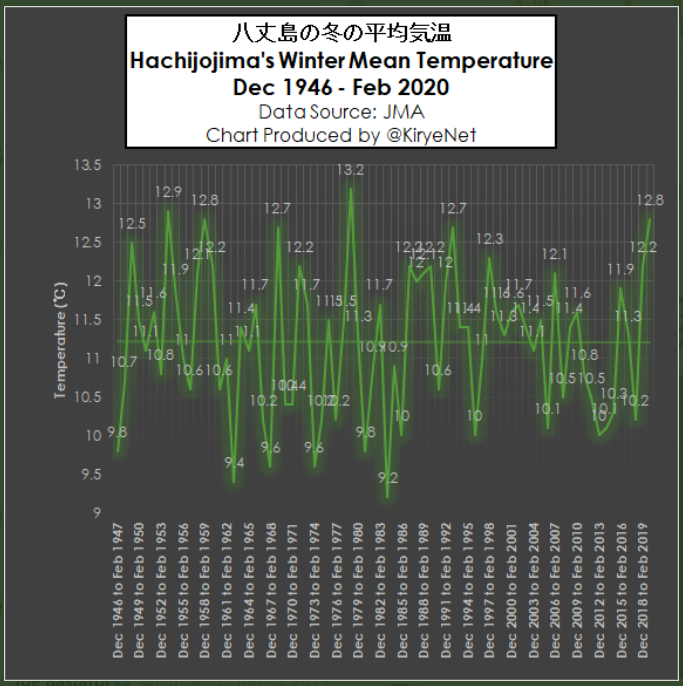 Like summer, also winter has shown no long-term trend one way or the other. Where’s the bad climate change news here?

To round out the analysis and to summarize, we plot the annual mean temperature data recorded for Hachjojima: 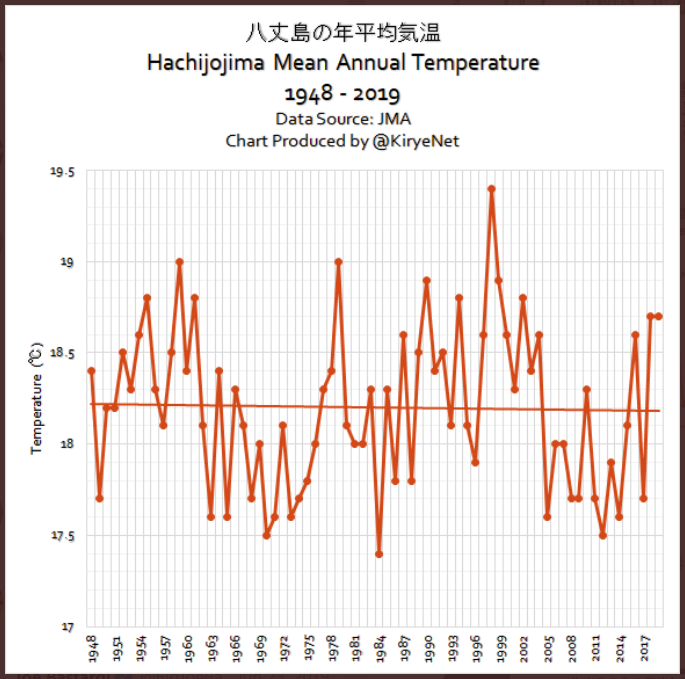 Interestingly, the annual temperature behavior appears to follow a cyclic behavior that very much resemble some ocean surface temperature cycles we see from around the globe, like the PDO or AMO. Climate indeed changes, but what we see above it cannot be due to anything anthropogenic.

13 responses to “Hachijojima, Isolated Rural Island In Pacific, Shows No Warming In 80 Years”