Here’s another example illustrating just how volatile and unreliable wind energy really is.

Wind energy proponents like to claim that although turbines installed on land don’t produce so optimally, the ones at sea are wonderful because the wind there is always blowing and so it all kind of evens out.

The chart below shows the output of all wind turbines installed in Germany, both on land and offshore, from the five major German grid operators: 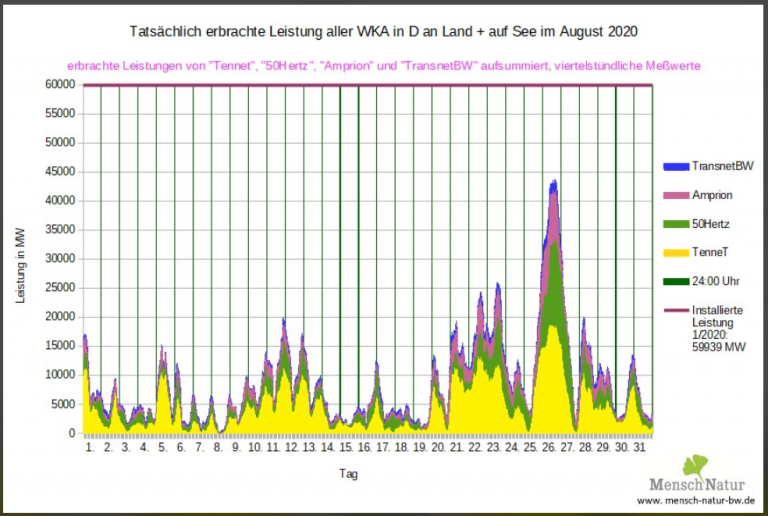 The dark horizontal line denoting 60,000 MW represents the so-called installed total capacity. Readers will note that less than 10% of rated capacity often gets produced. Only rarely does an output of 33% (20 MW) ever get reached.