Today we plot the Japan Meteorological Agency (JMA) data for Northern Europe for the month of August, 2020.

We have selected this region because it is the home of 17-year old climate alarmist/activist Greta Thunberg, who thinks the planet is heating up rapidly and so we’re all doomed.

We plot the data for the stations for which the JMA has sufficient data going back over 2 decades. First we plot the August data for Sweden, Greta’s home country: 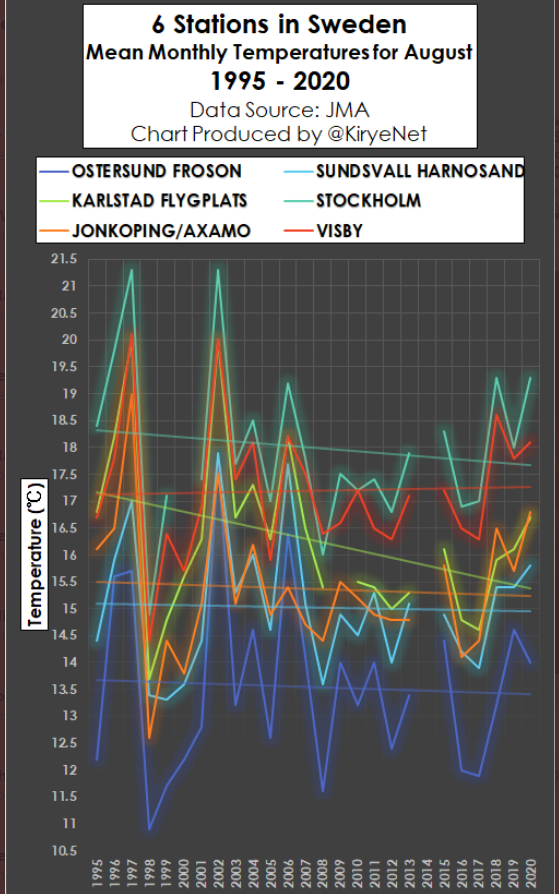 Five of the 6 stations plotted show a cooling trend. So it’s a mystery how Greta thinks her country is warming up. The data suggest that summers have been shortening a bit. Over the course of Greta’s life, she has yet to see warming in August. 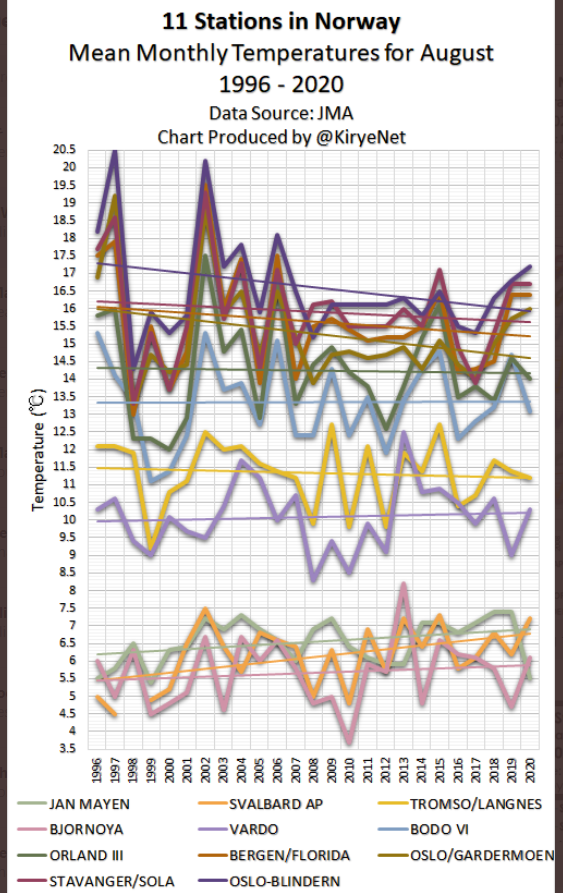 Here we see 6 of the 11 stations have seen an August cooling trend over the past quarter century. The colder stations have warmed somewhat, while the warmer ones have cooled. Overall, no warming to speak of, really.

The story is similar in Finland (further from the Atlantic), but here the colder stations have cooled, while the warmer stations have warmed slightly – but statistically insignificantly: 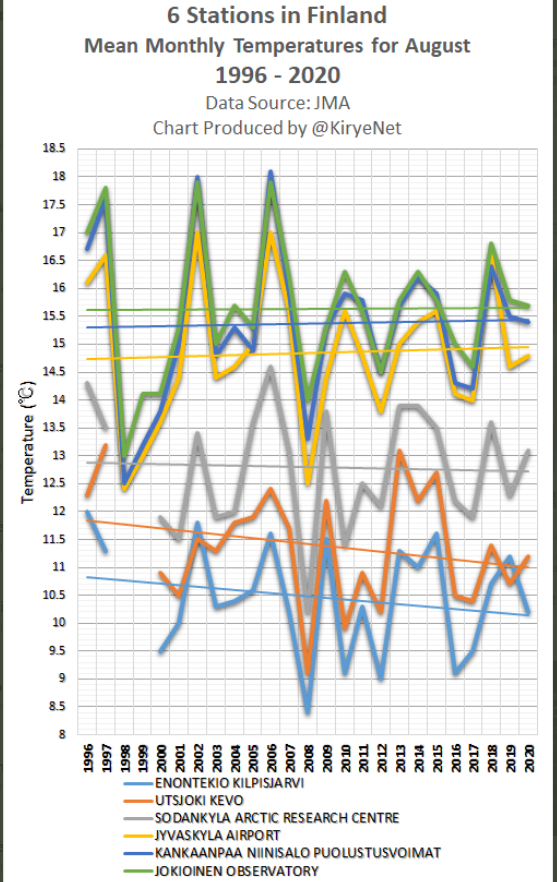 Finally we plot the data for the emerald island, Ireland, next to the tempestuous Atlantic: 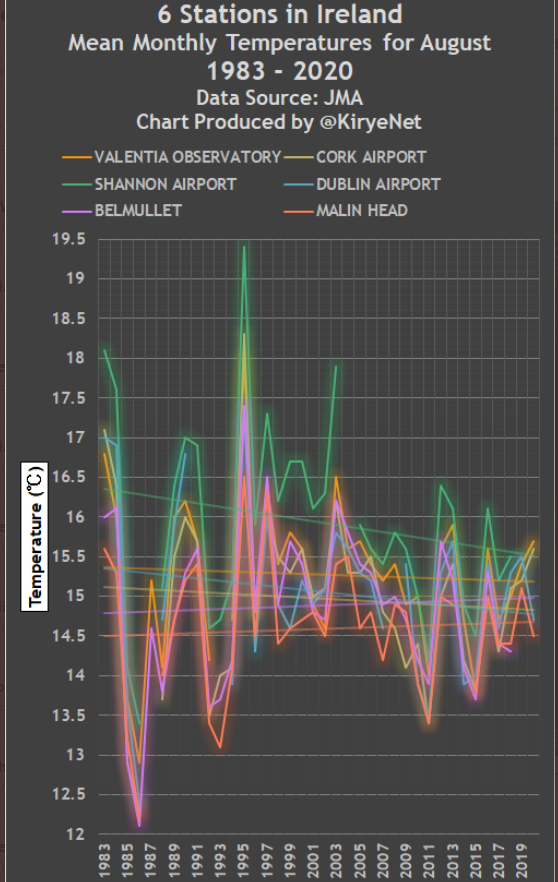 Four of the six stations in Ireland have been cooling in August. Those warming have done so insignificantly. Overall the emerald island has been cooling during the month of August since 1983!