SnowFan here reports on the latest winter forecasts for the 2020/21 Europe winter. History and statistics show Europe could be in for a frosty winter.

Currently a significant La Nina is shaping up, and history shows that these events in the Pacific have an impact on Europe’s winters: 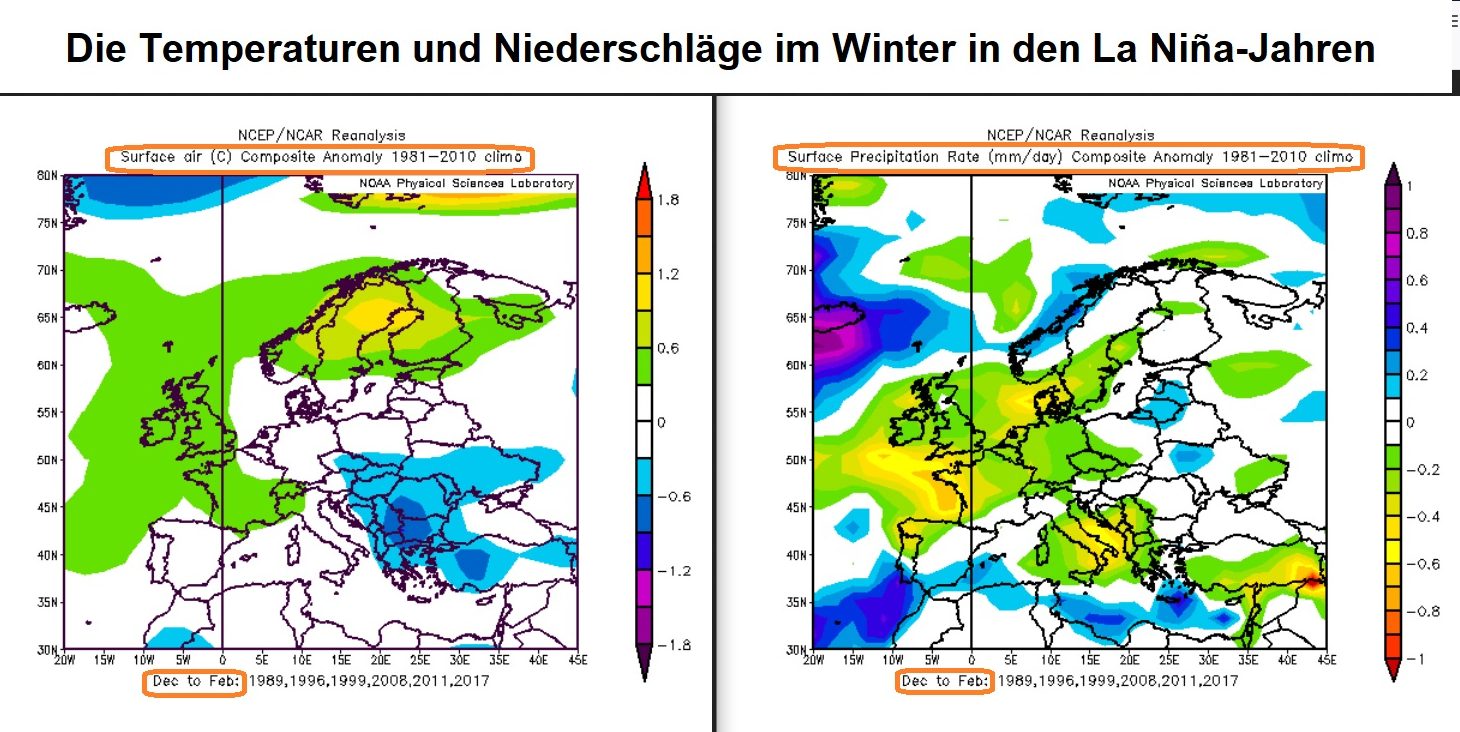 The NOAA reanalysis above shows the temperature deviations (left) and for precipitation (right) from the WMO average 1981-2010 during the six La Niña years of winter in Europe. Large parts of Europe have average temperatures and precipitation is distributed differently, with Germany being slightly drier overall than the WMO average. Is a 2020/21 winter in Germany under La Niña conditions shaping up to have average temperatures and slightly less humidity?

A more important factor determining winter in Europe may be solar activity. Data from the German DWD national weather service since 1954 show a remarkable higher frequency of cold winters in times of low solar activity, such as we are now in the midst of. 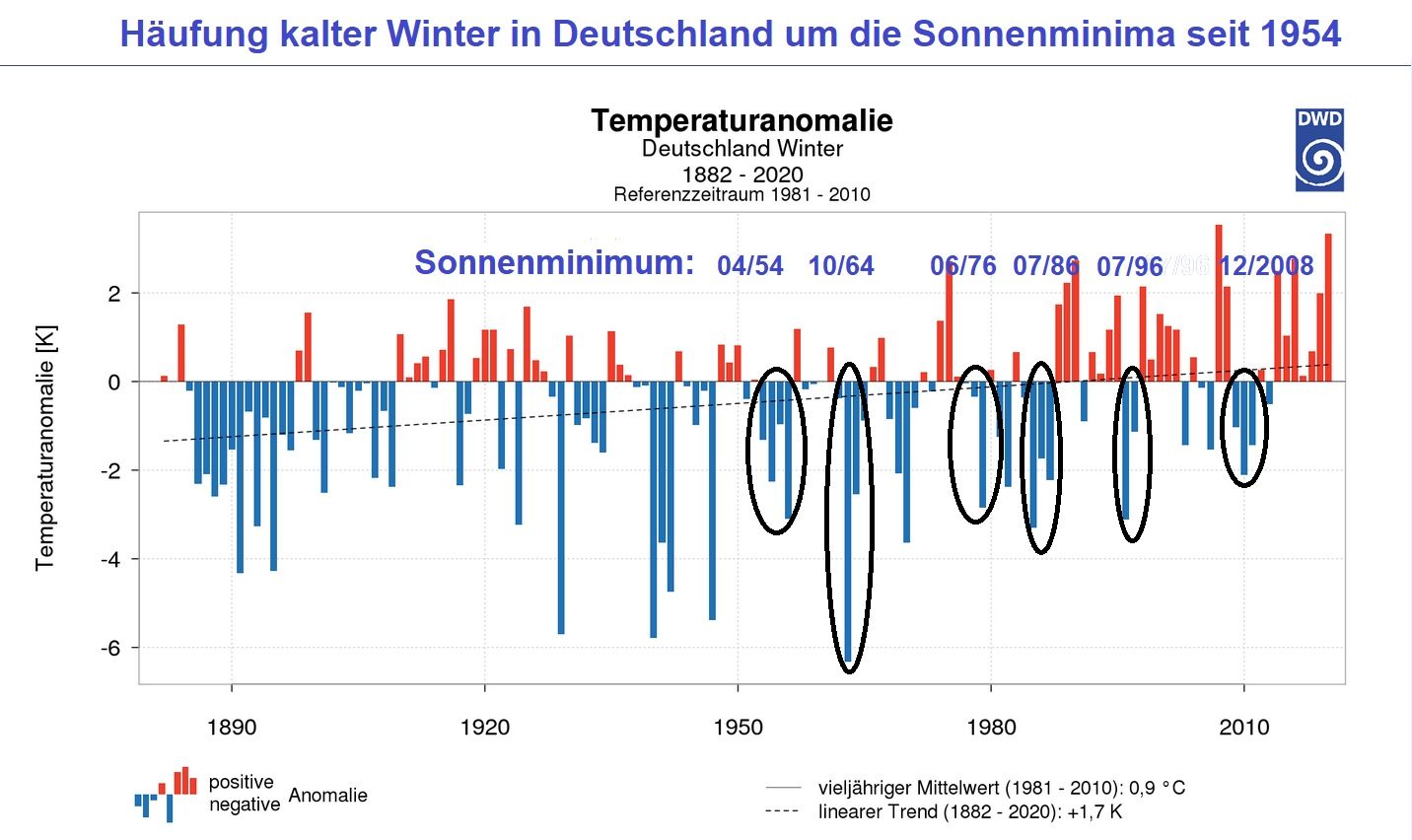 After the current minimum of solar activity in December 2019, statistically it leads us to expect a crisp winter 2020/21 – not only in Germany. Source: DWD time series with supplements.

It could look like the chart below because the NOAA reanalysis shows the high statistical probability of cold winters in Europe during the weakest solar cycles after 1948. What follows is a chart showing the temperature anomalies for the winters occurring at times of low solar activity:

The winters in Europe since 1948 with the weakest solar activity so far have all been significantly colder than the 1981-2010 WMO climate average. The solar activity cycle ending in December 2019 was one of the weakest cycles ever since observations began. Source: NOAA reanalysis and long-term weather.

But with the different statistical approaches, one thing already seems to be clear: The winter 2020/21 will probably not be particularly mild in Europe…

Last message: IRI continues to expect a rather supercooled winter 2020/21 in Central Europe with slightly more precipitation than average.

Thanks to SnowFan for this report.