A new in-press journal pre-proof paper by Hallmann et al examines reef response to sea-level and environmental changes in the Central South Pacific over the past 6000 years.

The paper documents that sea levels globally saw a single short-lived sea-level highstand between 4100 and 3400 yr before present and coral reefs adapt to changes. 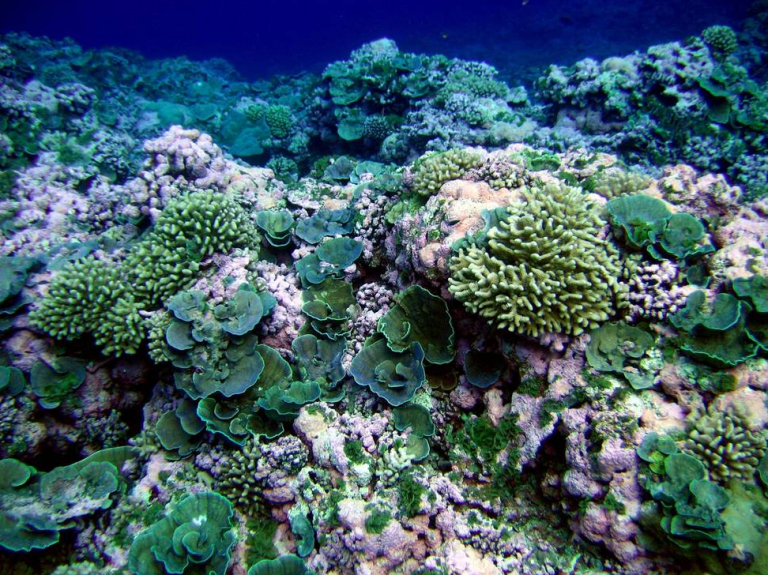 Geological records of coastal system evolution during past higher and/or rising sea levels provide an important baseline for developing projections regarding the response of modern coastal systems to future sea-level rise. The mid-late Holocene corresponds to the most recent window into natural variability prior to the Anthropocene and involves slow-rate and low-amplitude sea-level changes that were mostly governed by a limited glacio-eustatic contribution, most likely sourced from Antarctica, and ‘glacial isostatic adjustment’ processes.

This paper documents in unprecedented detail the response of coral reefs and coastal systems to changing accommodation space in relation to mid-late Holocene sea-level changes in French Polynesia.

The sea-level curve that underpins this study has a global significance and documents a single short-lived sea-level highstand between 4.10 and 3.40 kyr BP. The amplitude of the highstand is less than one metre, within the range of the predicted sea level at the end of the current century. The reported relative sea-level changes are characterized by slow rates ranging from a few tens of millimetres per year to up to 2.5 mm/yr and by significant sea-level stability (stillstands) lasting more than a century and up to 250 years, defining a step-like pattern. Sea-level variability probably driven by climatic oscillations on interannual to millennial time scales is evidenced during the entire time window.

The detailed reconstruction of reef development over the last 6000 years brings valuable information regarding coral reef dynamics and coastal processes during periods of higher sea level and wave energy regimes. The persistence of stable and optimal depositional environments over the last 6000 years is demonstrated by the constant overall composition and diversity of reef communities and the almost continuous development of coral microatolls. The facies distribution as well as the lateral extension and shift of facies belts have been governed by variations in accommodation space, which are controlled by relative sea-level changes and antecedent topography. The widespread development of mid-late Holocene reef deposits in coastal areas suggests that they have played a prominent role in global processes related to the formation and shaping of modern islands.