As urban expansion continues worldwide, it wouldn’t surprise anyone that cities would see a growing number of hot days as asphalt, concrete, steel and automobiles act as heat sinks that absorb the summer sun’s energy, a phenomenon known as the urban heat island effect (UHI).

Indeed this has been the case for many German cities over the past decades. Though he climate in Europe has changed over the past 30 years, that change is likely due to natural cyclic pattern changes.

But even with a stronger UHI and supposed climate warming, Japan’s sprawling megalopolis of Tokyo has not seen an increase in the number of hot days (days where the thermometer climb to 30°C or higher), as the following chart clearly depicts: 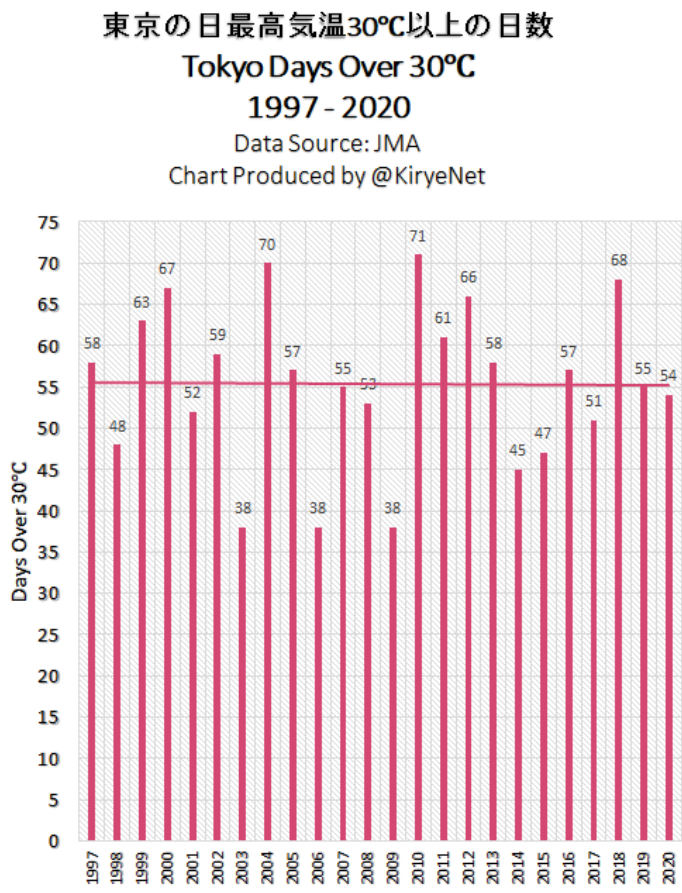 Chart shows the number of days each year (May 1st to October 31st) where the temperature rose to 30°C or more in Tokyo. Data source: Japan Meteorological Agency (JMA).

Clearly the number of hot days has little to do with CO2 emissions.

Also we’ve got the mean temperature data for October 2020 for Tokyo: 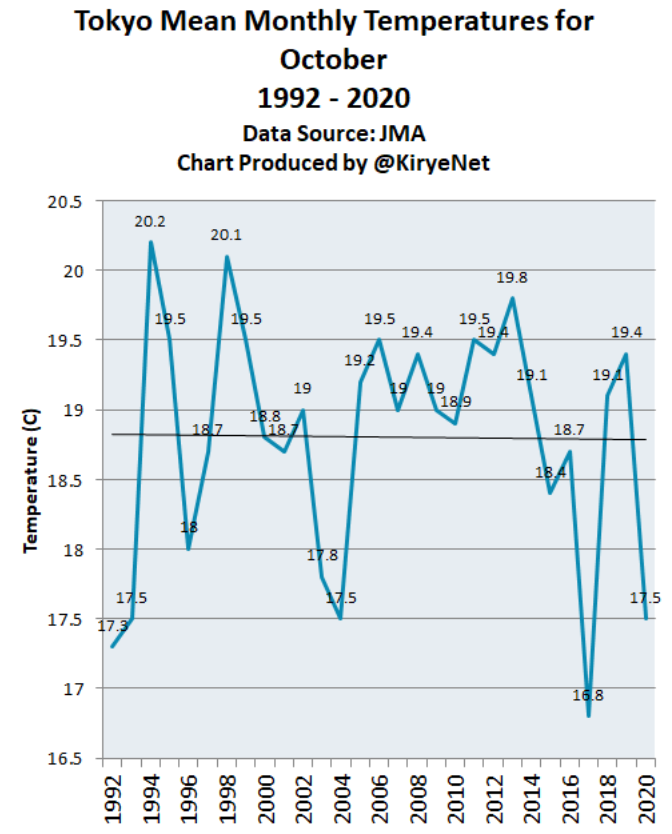 Above the chart shows that the mean October temperature in the city of Tokyo has not risen in almost 3 decades. In fact it has trended downward a bit, though statistically insignificantly.

So if anyone is claiming Tokyo is getting hotter days and hotter in general, then they either don’t know what they are talking about or they are misleading us.