Why do so few countries in Europe follow Germany in green electricity? The answer could lie in electricity prices:

Eurostat lists these for the first half of 2020. Of all countries, Germany, Denmark and the United Kingdom are the wind energy countries that are very far ahead in terms of consumer prices. Hat-tip Die kalte Sonne.

Not only has electricity gotten expensive in these countries, but the supply is highly unreliable. Germany’s massive 110 GW of installed sun and wind energy capacity produced next to nothing over a period of five days earlier this month, not even coming close to meeting the country’s demand: 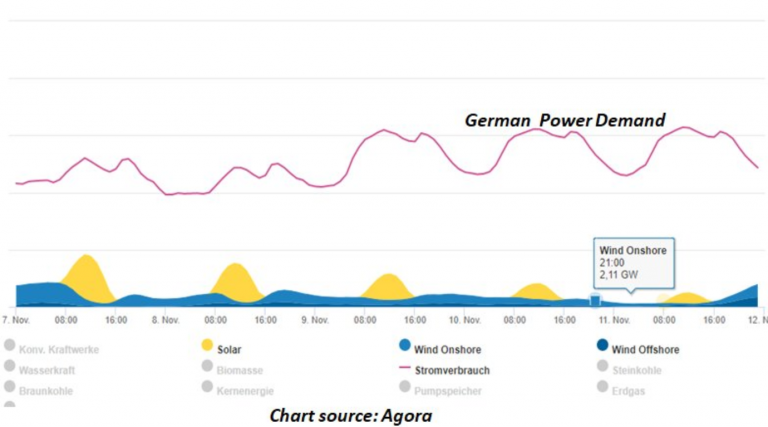 Or during the dead of winter, when power is in big demand, see below for a period two weeks: 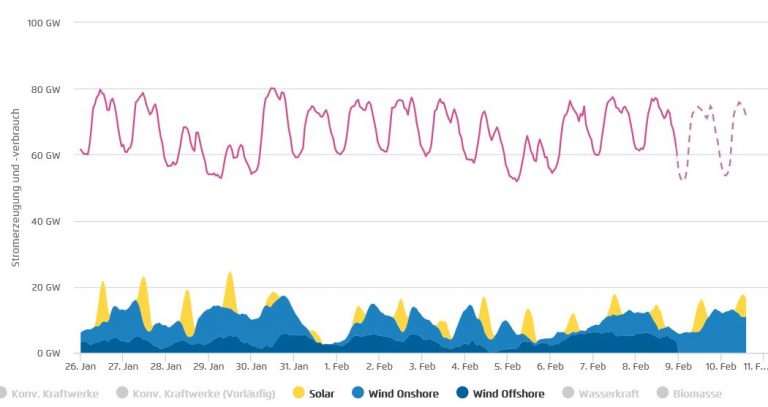 Fortunately there were fossil and nuclear power plants available to keep the power grid from collapsing. But there’s a problem: It’s very uneconomical to operate these conventional plants only part-time. The added costs end up being borne by the consumer.

And due to the high electricity rates, every year tens of thousands of German households see their power cut off due to unpaid electricity bills, read here and here.