Germany’s vision of a clean, environmentally friendly energy supply system, all to be discreetly nestled in an idyllic landscape, is in reality morphing into an environmental dystopia of catastrophic proportions. 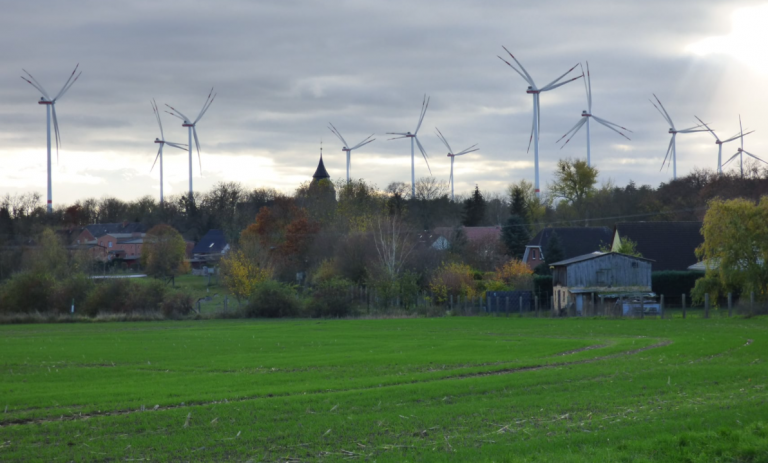 German wind energy protest group Vernunftkraft.de posted a Youtube video showing how out of control wind energy has gotten in some regions of Germany.

The above video shows, for example the Uckermark region, around Prenzlau.

No avian wildlife can survive this.

What’s left? An entire region whose landscape is totally blighted by noisy industrial towers and is inhospitable to most life. Gone are the tranquility and idyllic beauty the area once enjoyed. The problem is that this region is poor, rural and so stands no chance against big wind project developers and the crony pols behind them, who just steamroll over any reservations or resistance local that residents may try to muster.

Like the old communists, this is another example of what happens when planning and decision-making are left to incompetent and corrupt central-planning policymakers teamed up with greedy crony capitalists out to make a quick buck. A few win big, while the masses lose everything.

In 30 years much of it will remain in ruins, a monument to one of the greatest industrial scams of all time.