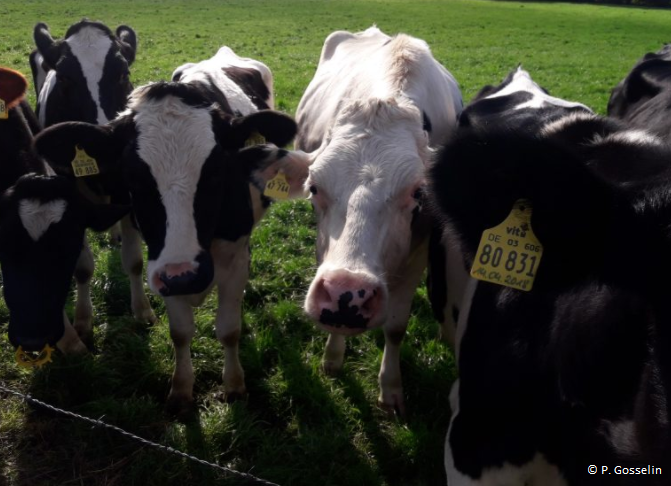 Climate activists insist that people need to drastically reduce their consumption of meat, especially beef, if there is to be any hope of rescuing our climate.

Producing beef consumes huge quantities of fresh water, takes up great areas of land that could otherwise be used for growing vegetables and leads to massive emissions of methane – a powerful greenhouse gas that is helping destabilize our climate.

The great benefits of livestock

But Frank Mitloehner, Professor of Animal Science Department at the University of California-Davis, disagrees with the alarmist claims made about cows and explains why in the following video:

The first big misconception, Mitloehner says, is the belief that 70% of agricultural land is being used by livestock and thus crowds out vegetable and plant-based food production. “Why not use it to grow plants directly?” Because it isn’t feasible Mitloehner explains.

Using a sheet of paper, Mitloehner demonstrates how much land is used globally for agriculture: about one third of the earth’s land surface, of which two thirds is so-called “marginal land”, i.e. land that is not suitable for growing crops and is thus best used for ruminant livestock to graze on.

The advantage is that ruminants are able to convert the plants that are non-edible by humans, and thus “convert them into animal-source food,” says Mitloehner. “Without ruminant animals, we could not make use of that amount of agricultural land.”

In other words, crops cannot be grown on marginal land, but livestock can graze on it and thus produce food for us.

The remaining one third of the agricultural land is so called “arable land”, which is land that is suitable for growing crops. This is less than 3% of the earth’s total surface.

Mitloehner reminds that the arable land needs to be fertilized, and that half of this fertilizer is organic manure coming from the ruminants on the marginal land.

Keeping livestock “precisely what needs to be done”

“If we were to forgo animal agriculture altogether, then it would effectively mean that we would throw away 70% of all agricultural land and we would have to replace all the organic fertilizer that goes on this land with chemical fertilizers, which are very carbon-intensive in their production,” says Mitloehner.

Keeping livestock on marginal land “is precisely what needs to be done,” he says.

Methane overstated by a factor of 4!

Mitloehner is not alone in contradicting claims that cows have a huge impact on climate change.

“The traditional way of accounting for methane emissions from cows overstates the impact of a steady herd by a factor of four,” says Allen.