Before looking at Antarctica Peninsula, we first take a look at Greenland, which also is considered by the global warming alarmists to be part of the most threatening tipping points. If the ice on Greenland ever melted, like they warn it will, sea levels globally would rise some 6 meters. (Never mind this scenario would take many centuries).

Today we look at the November and autumn trends in Greenland. First we look at November mean temperatures for which the Japan meteorological Agency (JMA) has sufficient data to compute a trend going back to 1999.

Four of the 6 stations examined show cooling or no warming trend.

But that’s only for one month, and so doesn’t really tell us a whole lot. So next we look at autumn mean temperatures for these six stations. If autumn is warming then we no that is not ideal for the overall ice formation season.

Four of the 6 stations have had no warming, but rather have been cooling slightly. The colder stations up north have warmed.

But this too is only a trend since the start of the 21st century. Alarmist readers might accuse us of cherry picking. So next we look at NASA unadjusted data from 4 stations going back almost 100 years: 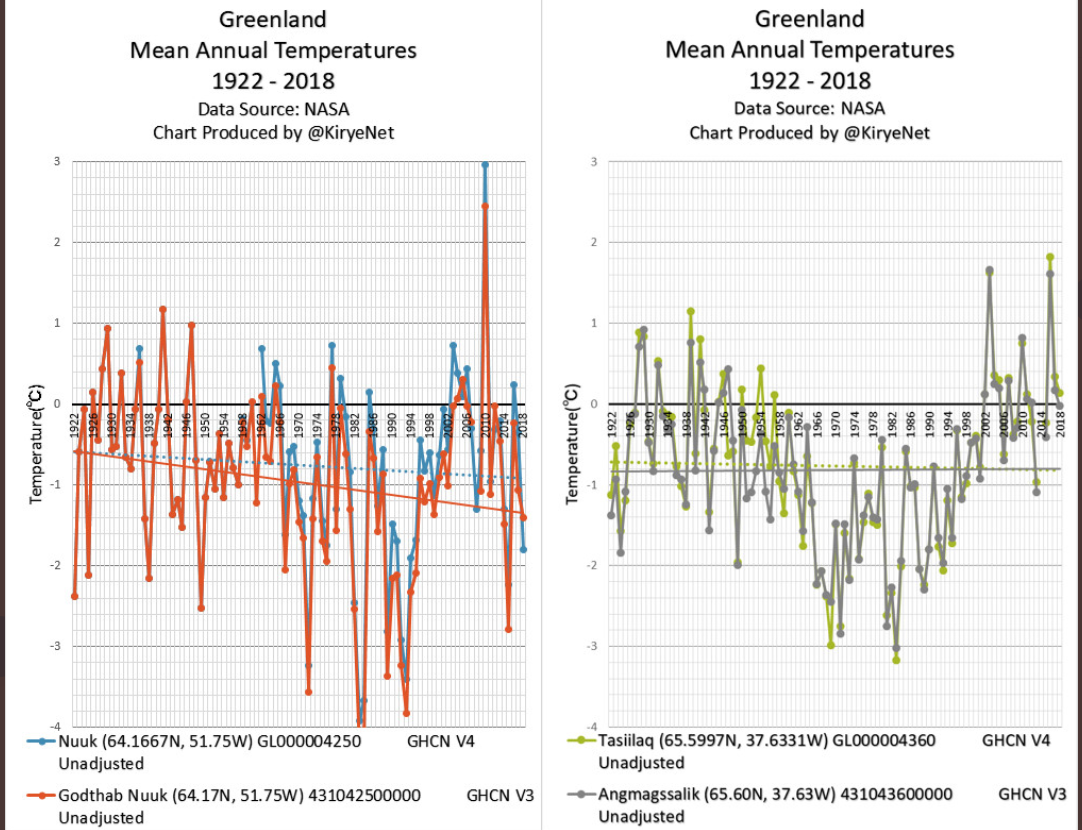 Here we see that these four stations have not warmed in almost 100 years. Nothing is “tipping” there.

To summarize, not much has really happened in Greenland. To speak about an approaching tipping point is nothing but misleading and over-indulgent alarmism.

Next we move our attention to the opposite pole of the earth, and look at some interesting news about another potential “climate tipping element” that threatens to doom the entire planet: the Antarctic Peninsula:

Our regular guest author Kenneth Richard found a recent paper on the results of proxy data from the peninsula region going back 240 years, with a focus on the Bransfield Strait. 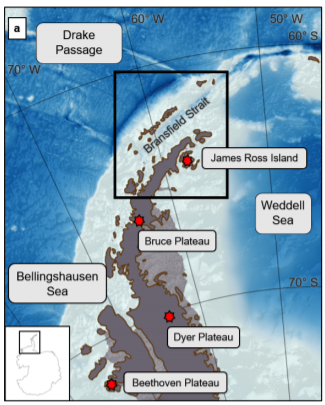 The paper finds that the climate system down there is far more complex than most of us would think and a long way from being understood.

Yet, they find that eight of 9 sites examined show summer sea surface and subsurface temperatures over the past 240 years cooling or staying steady. Today nothing unusual is happening.

The authors admit that are major discrepancies between the model, instrumental and proxy datasets, and that there’s still plenty to sort out.

But as it stands, there’s nothing unusual happening at our poles and all the talk about tipping elements is a bit premature.