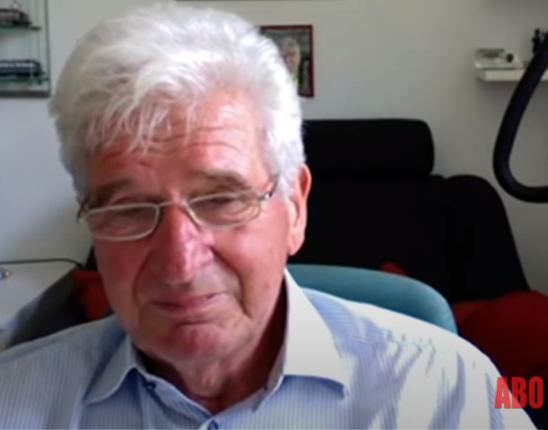 No to government engineering

The Austrian engineer also says German and European policymakers are making a big mistake by prescribing to the industry what drive technology to use. “They can give us the targets, but they have to leave it up to engineers to find out how to best reach the targets, and to build a car that is affordable to the buyer.”

Electric battery cars no match for the combustion engine

Indra also says electric cars offer little to be desired, saying that although the efficiency from battery to transmission is high, no one is looking at what happens before the battery and after the transmission, which he calls “an inexcusable error.” In the assessment of battery powered vehicles, Indra describes the problems of range and battery disposal that still profoundly plague electric battery vehicles.

“When it comes to batteries, what has company Bosch done? Bosch, about one year ago, stopped research in the lithium ion battery. That means they have backed out completely from the topic of batteries,” says Indra. “That’s an unbelievable decision, because that’s a global company.”

According to the Austrian engine expert, hydrogen as a fuel for fuel cells is plagued by too many efficiencies and dangers, describing how a fueling station would need three stages of piston-type compressors to get the fuel into the car at the “unimaginable” 1000 bars of pressure – never mind the technical obstacles building such a car poses.

A quarter to one third of the energy offered by hydrogen would be consumed just to pressurize the gas, Indra reminds.

Moreover, hydrogen refueling stations would need to be supplied by tankers transporting the highly explosive gas at 50 bars of pressure.

Indra notes, however, that the hydrogen technology may have a chance for use in cargo vehicles.

Indra also sees no chance for Germany playing an important role in the electric battery market, explaining that China has already secured all the raw materials, in countries such as Congo and Chile, and thus “practically controls the market”. Germany will never ever be able to produce the lithium ion batteries at a cost like that in China.

Indra sharply criticizes claims that lithium batteries can be recycled: “But for those who don’t know, the recycling of lithium is an unbelievably difficult and expensive process.”

He adds that electric cars also will also never be able to meet Europe’s recycling directives, which call for minimum 80% of devices be recyclable.

Indra thinks policymakers are blowing large sums of money when it comes to subsidizing e-mobility. “It’s an absurdity to subsidize something that doesn’t make any contribution to climate protection,” he says.

He sees China’s strategy of “giving every technology a chance” as the way to go, and to not become dogmatically stuck on one such as e-mobility, which he feels will never lead to an economic boost in Germany.

Indra sees a cleaner combustion engine with new fuels as the future, and finds it’s a pity that this is not being supported by the German government.

“A combustion engine car with synthetic fuel a is much cleaner and can be used much longer than electric cars,” Indra says. The retired engineering expert also says countries who have declared an end to the combustion engine are “full of politics” and predicts they will push off their targets, if not completely abandon them as reality hits.

In summary: the combustion engine will be around for a long time because it is cleaner, extremely practical and affordable.