Global wild fires on the decline

In his latest video the veteran geologist looks at wild fires worldwide and the CO2 they emit. He reports that both have been decreasing. 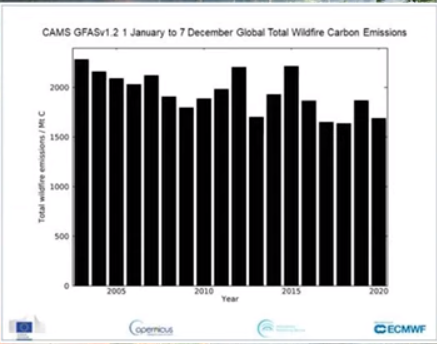 Also later in his Klimaschau, citing data recorded from the University of California in San Diego measurement buoys, Lüning reports the northern ocean (55°N to 65°N) heat content has fallen.

The data stem from 4000 ARGO buoys, 0 – 1900 meters depth. The cooling was focused in the North Atlantic. Lüning points out, however, that the overall measured heat content worldwide has risen.

Though Lüning does not go into what impact this could have on Arctic sea ice, it will certainly contribute to slowing down, if not arresting or even reversing, sea melt in the Arctic.

7 responses to “Number Of Global Wild Fires Trending Down Since 2003. Northern Ocean Heat Content Drops Since 2010”