Tokyo and its Pacific Hachijojima island have not seen warming in decades.

Many urban areas, experts argue, have seen their mean annual temperatures rise due to the growing urban sprawl of concrete, asphalt and steel, and not so much because of greenhouse gases.

This affect is the so-called urban heat island affect (UHI).

But even with this phenomenon, some places still did not manage to warm up – like Tokyo, Japan, for example.

Here we plot the December mean temperatures for the Japanese megalopolis since 1976, using the unaltered data from the Japan Meteorological Agency (JMA)! 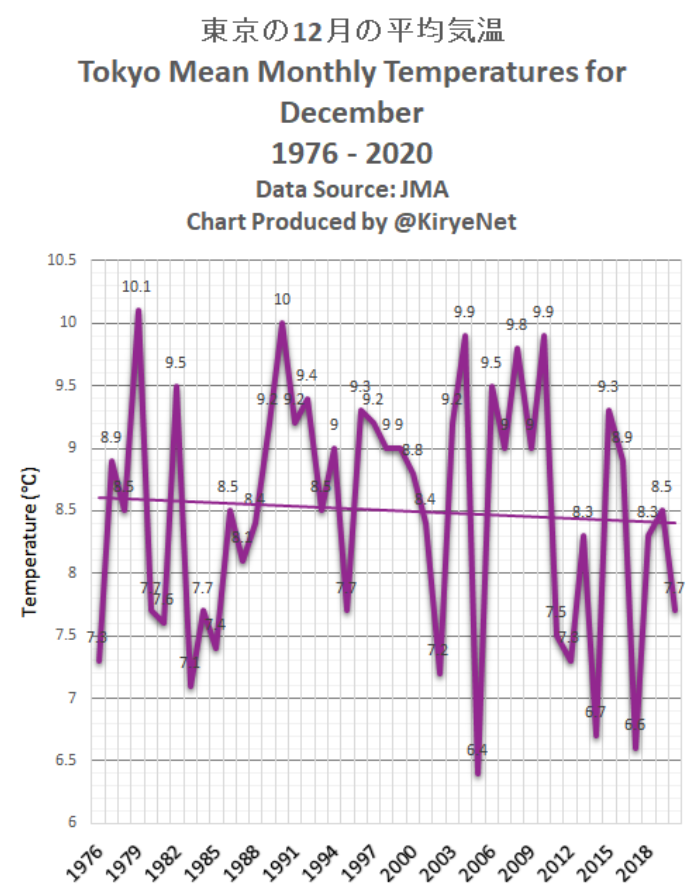 Surprising to global warming alarmists, we see that the start of winter in Japan has been cooling the last 44 years.

But not to be accused of cherry-picking, we look at the mean annual temperatures for Tokyo more than a quarter century: 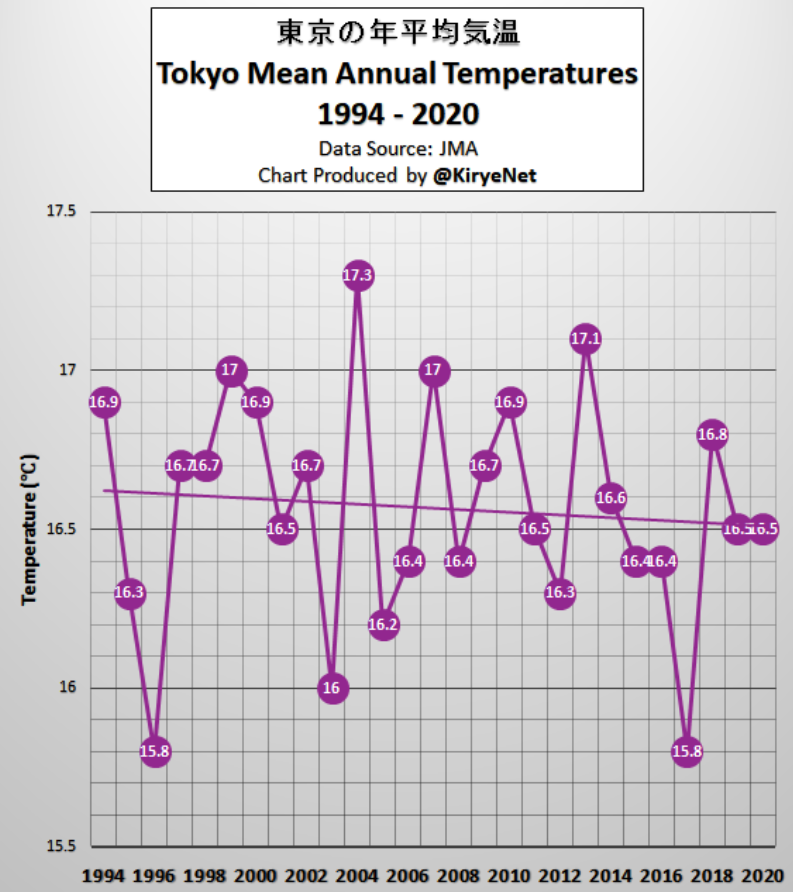 The mean annual temperature in Tokyo has been falling a bit since the release of the 2nd IPCC climate warming report in 1995! If we factored in the UHI affect, the trend would likely be even cooler.

Even more interesting is looking at the temperature trends for the Tokyo island of Hachijō-jima, located in the Philippine Sea some 287 kilometers south of Tokyo, thus far away from all the urban sprawl and heat island affects. 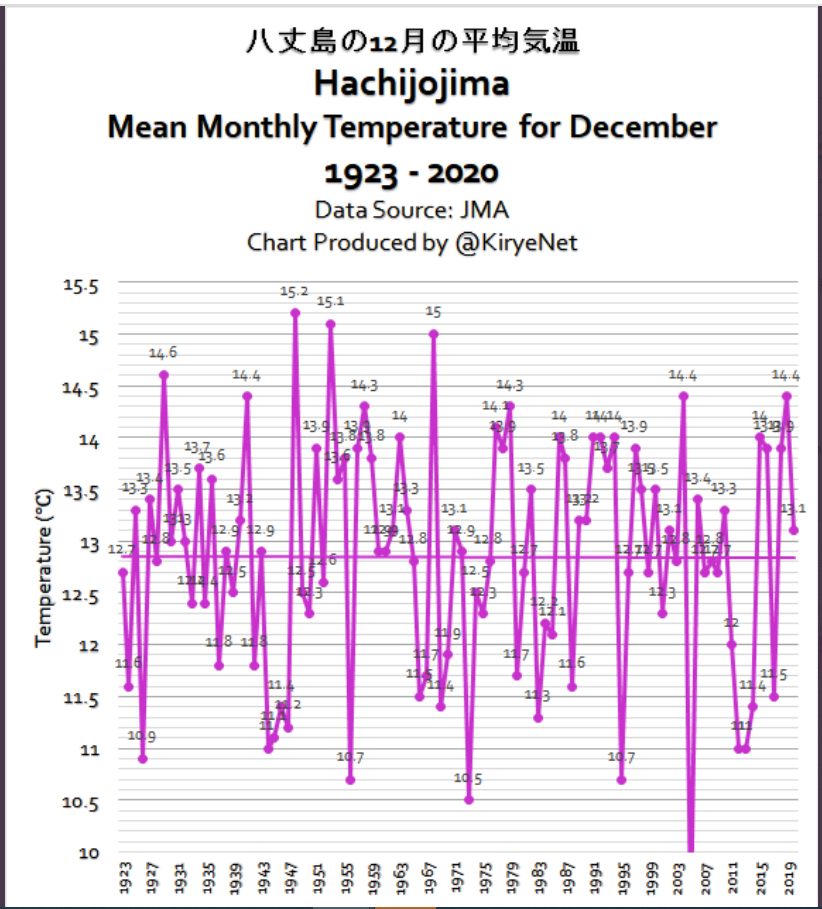 As the chart above depicts nothing has fundamentally changed over the past century. Climate change? Not here!

Next we look at the mean annual (NASA GISS unaltered) temperature for Hachijō-jima since 1950: 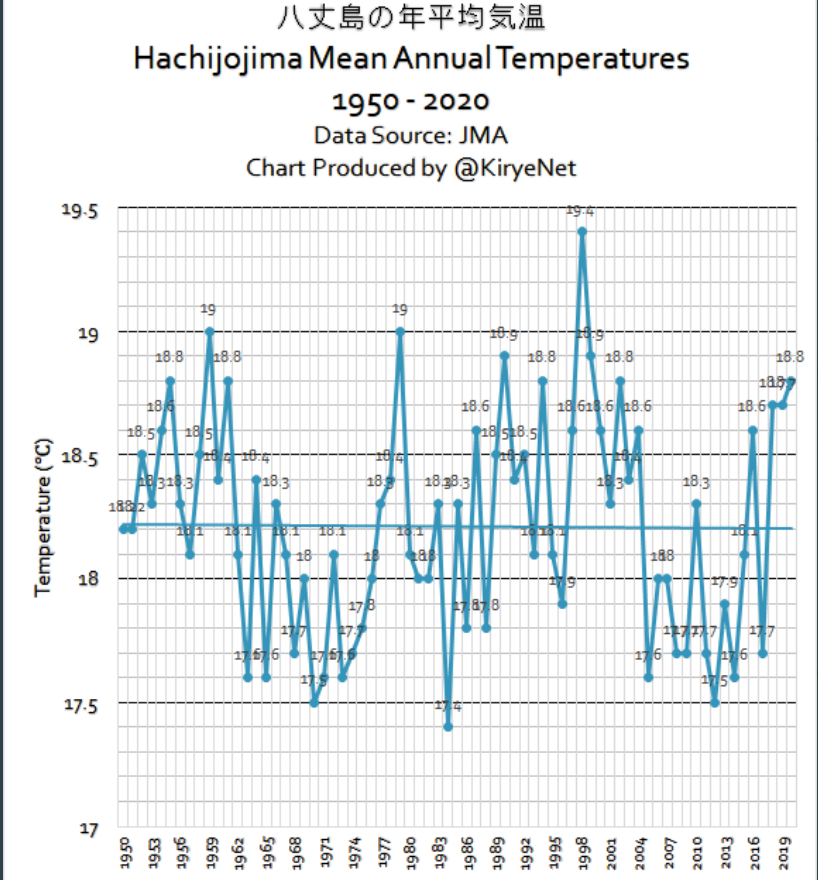 The mean annual temperature of Hachijō-jima has not really changed in 70 years. No warming.

So we have to wonder why much of the Japanese media and others keep talking about climate change and warming in Tokyo when it hasn’t even happened. It’s false science and media communication to the public, who deserve better.