Although Germany sees about as many hours of sunshine as Alaska, the country is pushing for ever larger solar farms.

Germany business daily Handelsblatt here reports that power company EnBW is currently building a 500 MW solar panel park in Brandenburg, 30 km east of Berlin. It reported that it will be able to provide power for 130,000 households.

It will consist of three separate parks, which combined, the Handelsblatt writes, “will cover an area of 400 hectares. This corresponds to around 550 soccer fields.” 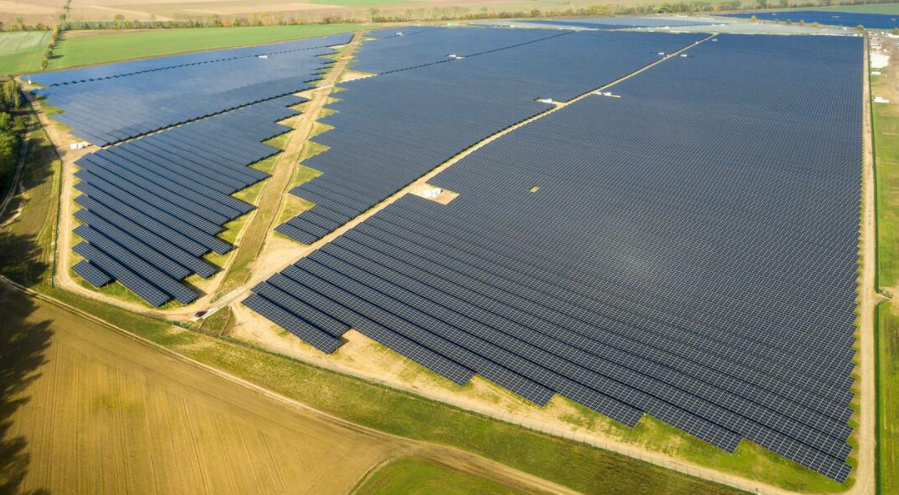 “In total, the energy company plans to invest about a quarter of a billion euros in the region.”

EnBW says that the project “will operate without any subsidies” when finished and that it demonstrates that projects of this scale make sense. According to EnBW manager Dirk Güsewell: “Solar energy has become economical.”

Formerly solar energy in Germany was driven by massive subsidies via the renewable energies feed-in act (EEG). So far German electricity consumers have had to pay over 70 billion euros for the expansion of solar energy. Now the industry says that solar modules have become so low-priced that parks can be constructed and operated without subsidies.

Since 2015 the price of 1 kilowatt-hour of solar power has fallen from 9 cents to just over 4 cents, according to the Handelsblatt. Market experts expect electricity prices to stabilize at around five cents per kilowatt hour over the long term.

Investors are also confident that there still remains still plenty of space to install large solar fields, especially in the eastern part of Germany.

According to the Handelsblatt: “For the energy group, formerly known for its nuclear power plants, solar energy is becoming an important pillar of the ‘EnBW 2025’ strategy, with which the southern German company is completely aligning itself with the transition to green energies. ‘Solar energy is to become our third major pillar in power generation alongside onshore and offshore wind energy,’ says Güsewell.”

Concerning where all the power will come from during windless, cloudy periods in the dead of winter, no details are given.