Earlier we wrote about the adverse health impacts of wind turbines and on humans and animals, read here and here. Also search NTZ zone using the search word “infrasound”.

Recently French farmer Didier Potiron reported that 400 of his cows had died since a wind park was built close by in 2012. Veterinarians cannot find a cause and remain puzzled. People are also feeling ill.

According to French site actu.fr, “In Puceul, near Nozay (Loire-Atlantique), cow breeders Didier and Murielle Potiron registered in mid-December 2020 their 400th dead cow since the construction of the wind farm.” Since the unusual deaths began in 2012, that’s a rate of about 1 lost cow a week. 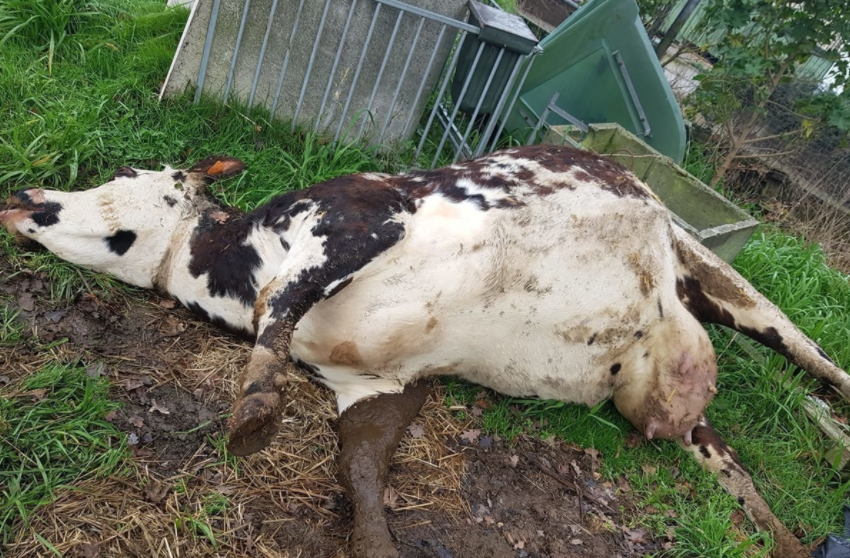 Then on January 4th, 2021, the Potiron family announced that three more cows had died – again due to unknown reasons. Since the wind park was built, the family has seen significant excess mortality among the herd, and health issues among the family.

The Potiron family have even stopped autopsies being performed by the veterinary school in Nantes because they always got the answer: “no explanation as to the cause of death”.

“Clearly linked” to nearby wind park

“For Didier and Murielle Potiron, but also for their neighbor breeder Céline Bouvet, the origin of this excess mortality of their animals is clearly linked to the nearby wind turbines,” reports actu.fe. All the more so since they themselves have been suffering the effects on their health for all these years: permanent fatigue, muscle aches, headaches, insomnia… so many problems that disappear as soon as they move away from their farms.”

The family pushed to shut down the wind park for seven days, but the wind park operator refused, reminding that the park “complies with French installation standards”.