This is an outstanding reference. Using the table of contents the reader can conveniently look up the topic that’s of interest. The ebook has been downloaded over 10,000 times so far.

The 449-page book contains 120 figures and 177 equations and concludes that climate change is mostly about politically-fanned fear, and based very little on hard science.

According to Poyet, a geologist, the worse climate predictions have been made for 50 years and none of them has ever become true. For example, despite the unsupported claims that the Maldives islands would be submerged by 2050, 97% of them have grown so far, for various reasons having nothing to do with “climate change”.

Also 50 years ago, the first Earth Day promoted ice age fears, and environmentalist Nigel Calder (later a prominent AGW skeptic) warned: “The threat of a new ice age must now stand alongside nuclear war as a likely source of wholesale death and misery for mankind.”

While IPCC-affiliated scientists claim man to been behind the climate change of the past decades, Poyet’s book shows that this can only be concluded if one ignores all other factors. Fig 12, of his book, for example, depicts the natural fluctuations witnessed during the Holocene. 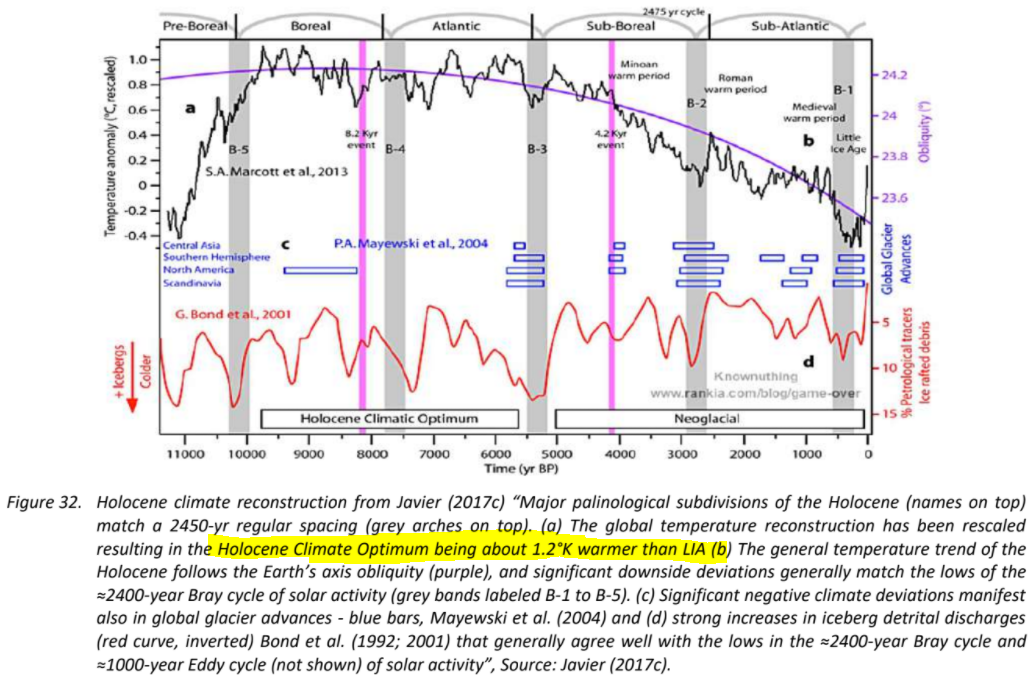 Rather than looking at what’s behind the Holocene changes, the IPCC tries to sweep it under the rug and scientists ignore them in their models.

When it comes to the question of how much of the warming since 1900 is attributed to CO2, Poyet believes climate sensitivity to a doubling of atmospheric CO2 is closer to that suggested by Lindzen and Choi (2009; 2010) and Soon et al. (2015) – at a range of values from 0.26°C to 0.475°C since 1900, and that we still are dealing with large uncertainties and small numbers.

On what factor is the most powerful climate driver today, Poyet informed that over the timescales centuries, the sun drives the climate with a long term hysteresis of the oceans of several decades due to their massive heat storage capacity.

This regime gets disturbed by spells of volcanic activity. But when there are coincidental changes in solar and volcanic activity, the climate deteriorates, as was experienced during the LIA.

Poyet believes the models also are inaccurate. “Even small changes in the solar reconstructions, e.g. PMOD over ACRIM, lead to massive discrepancies in models’ predictions,” says Poyet. “The sun is, strangely enough, much under-appreciated in the current climate models, when it could have as large as an impact as ± 4.5 W/m2 since 1750 (Judge et al., 2020) to be compared to the +1.53 W/m2 imbalance attributed to CO2 since 1900.”

Moreover, the solar mechanisms are far more complex and widespread than what the IPCC likes to believe: 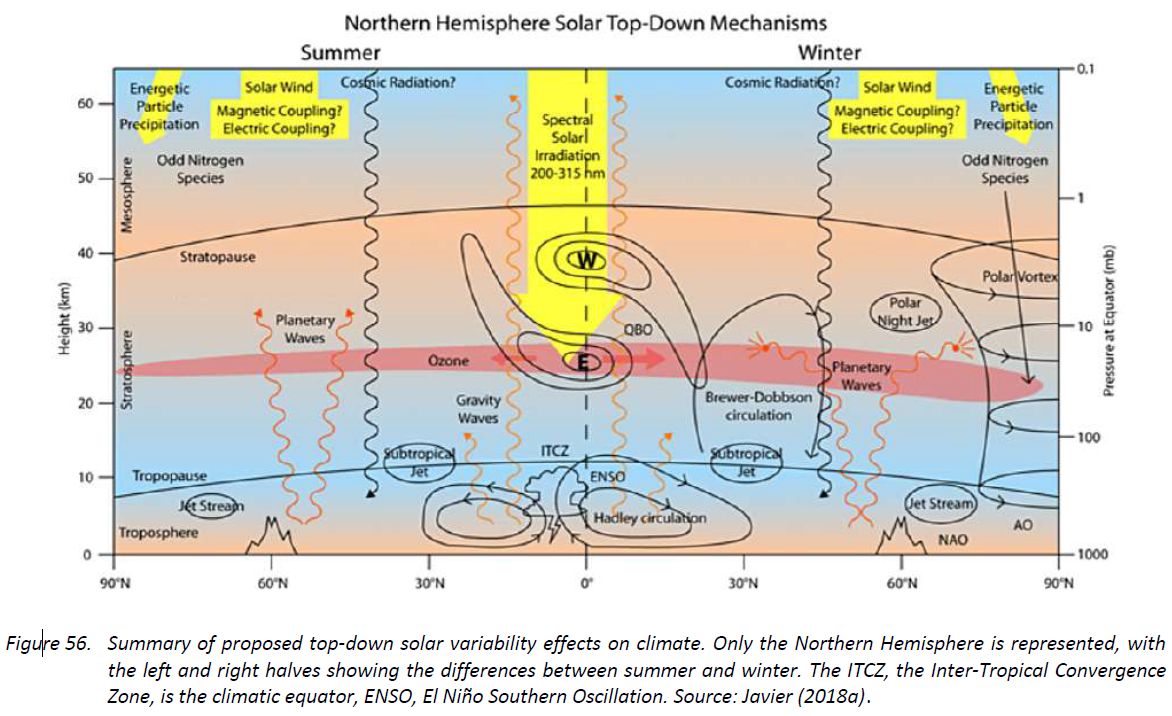 Over longer time-scales, “the glacial inter-glacial cycles, the well known combination of the 41kyr tilt cycle and various precession cycles rule the game. This is what will send us back in glaciation in 1,500 years or so,” Poyet commented in an email.

On the topic of Antarctica, the geologist presents a chart showing  there has been no significant temperature trend change over the past 200 years:

Future: cooler from now on

When it comes what to expect in the next 30 years? Cooler? Warmer? Poyet says the current state of the climate-science does not allow anyone to make reasonable predictions. “It compares somehow to earthquakes forecasting. Earthquakes still cannot be predicted. The same applies to climate-science.”

He also calls the climate-alarmists’ belief they can tell us the temperature in a century, just because they have added the CO2 control knob “delusional”.

“What makes the climate is first and foremost the precipitations and thinking they are able to forecast a precipitation regime 100 years ahead is a joke.”

Poyet says his favorite climate model is Ollila’s (2017) where he concludes, in all scenarios, a decrease in temperature from 2020 onward.

================================
Patrice is a geologist, a geochemist and an applied computer scientist with an interest in various domains like Earth and Planetary Sciences, Astronomy, Finance and Trading, Integration in Manufacturing and Design, Simulation and Defense Systems. Patrice published 38 articles mostly in peer-reviewed scientific journals, 6 books jointly-reviewed with colleagues, 6 peer-reviewed chapters in books, 64 papers in peer-reviewed conferences, one D.Sc. thesis (1986), and 32 scientific and technical reports for demanding public and private clients (e.g. French Navy, EC-funded R&D projects, CIEH, etc.) and acted as an expert reviewer for several EC R&D projects.