A recent study appearing in Nature, “Current Atlantic Meridional Overturning Circulation weakest in last millennium“, authored by Caesar et al, hints at a global climate system on the verge of tipping out of control.

According to their findings, the weakening of the so-called Atlantic Meridional Overturning Current (AMOC) in the 20th century is “unprecedented”, and likely because of man-made climate change.

The paper claims that there was “a long and relatively stable period” that was then followed by “an initial weakening starting in the nineteenth century, followed by a second, more rapid, decline in the mid-twentieth century.” The AMOC has since reached “the weakest” level in recent decades.

Also not surprising: one of the authors of the doomsday-like paper is climate über-alarmist researcher Stefan Rahmstorf of the Potsdam Climate Institute in Germany.

According to Rahmstorf, the Gulf Stream “passing its tipping point” would lead to significant northern Atlantic sea level rise, a regional cooling and “massive effects on the entire ecosystem in the North Atlantic”.

No consensus – contradicted even before release

But the paper’s claims were contradicted already six days before its release. So much for consensus.

A new paper by Worthington et al, “A 30-year reconstruction of the Atlantic meridional overturning circulation shows no decline“, tells us there’s been no decline, let alone a “weakest state”. 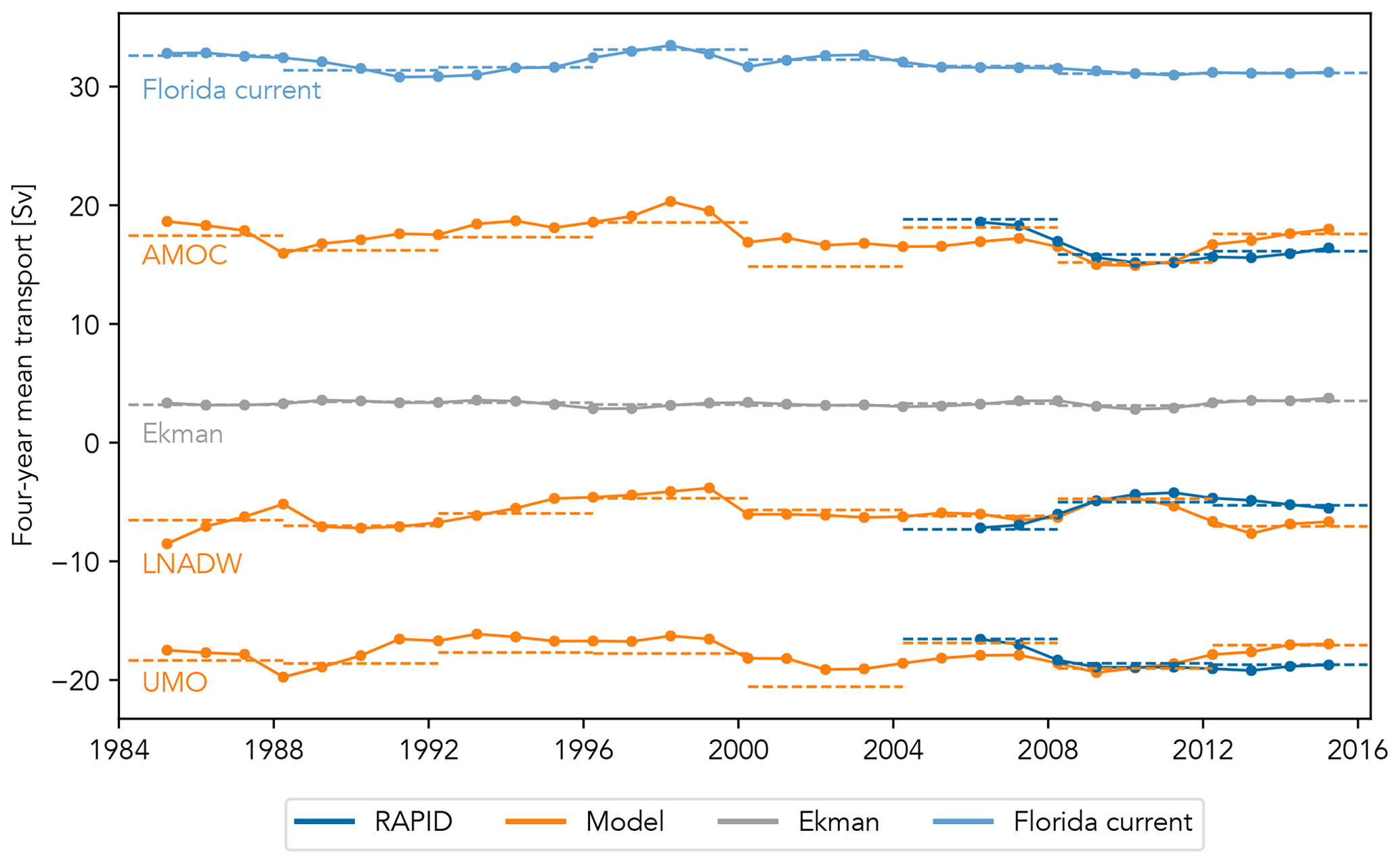 The Worthington study also finds that previous studies used linear models based on upper-layer temperature anomalies but that they ignored “changes in the deep circulation that are beginning to emerge in the observations of AMOC decline”.

The authors led by Worthington say they used a higher-fidelity empirical model of the AMOC variability based on many more factors and created an AMOC time series extending from 1981 to 2016.

They found that their more comprehensive time series shows no overall AMOC decline. “Our model has not revealed an AMOC decline indicative of anthropogenic climate change (Stocker et al., 2013) nor the long-term decline reported in sea-surface-temperature-based reconstructions of the AMOC (Caesar et al., 2018).”

Guess which results the media jumped on.