The official start of spring comes this weekend. But you wouldn’t know it looking out the window in many places.

The CFSv2 predicts a continuous snow cover from Siberia over Eastern and Central Europe to Spain for the calendrical beginning of spring on March 20, 2021 and days beyond. It’ll be pure March winter in Europe. 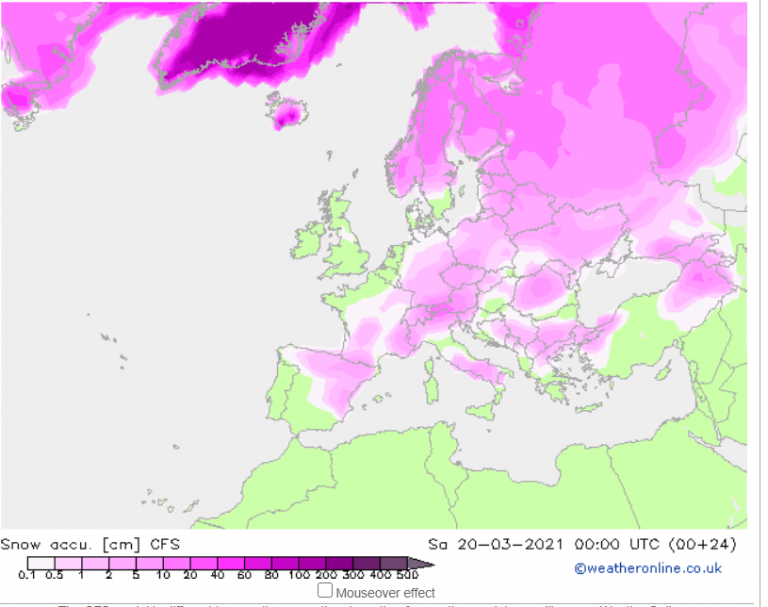 -15°C this morning in Germany

This morning Germany, for example, saw severe ground frost to below -15°C and large large parts of Europe continue to be supercooled. Central Germany’s Winterberg will see an unusual second weekend in a row of skiing in March in sunny weather with frost and plenty of snow.

Even many of the Mediterranean countries, Spain, France, Italy, Greece and the Balkans will be frozen tomorrow.

The same is true for North America, with Canada expected to be near 100% covered by snow. 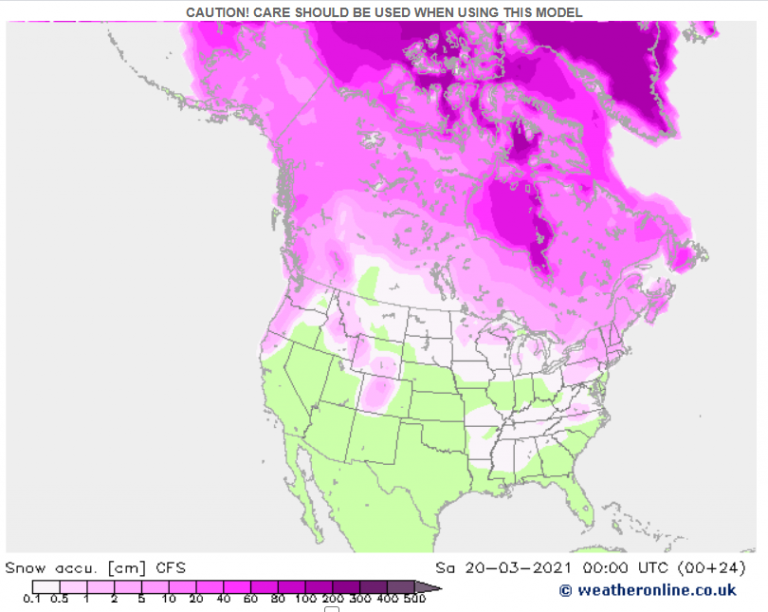 Next we look at the entire northern hemisphere, where we see it looks more like mid-winter than spring. 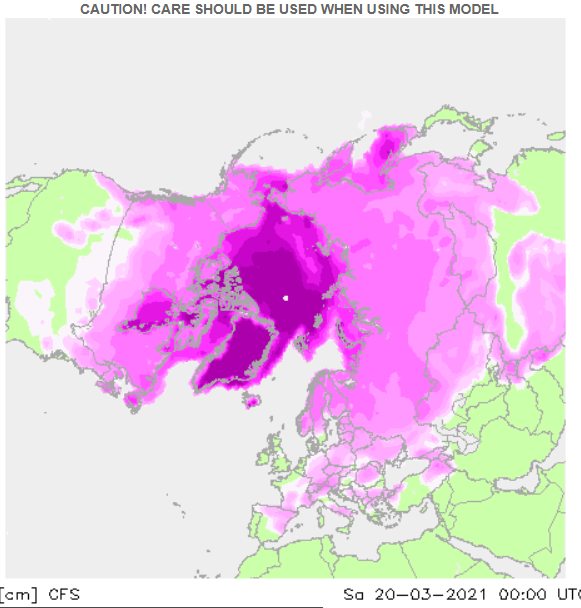 Remember it’s supposed to be spring tomorrow. Yet an astonishing share of the northern hemisphere land surface will be blanketed by snow, whose albedo will reflect much of the solar radiation back into space. The snow cover will also act to produce some very chilly readings in the nights ahead.