Tropical storm expert Dr. Ryan Maue analyzed data on whether or not climate change was leading the first named hurricane occurring to be earlier and earlier each year, thus meaning a longer hurricane season, as the media have recently claimed.

At Twitter Dr. Maue posted the following chart going back to 1950: 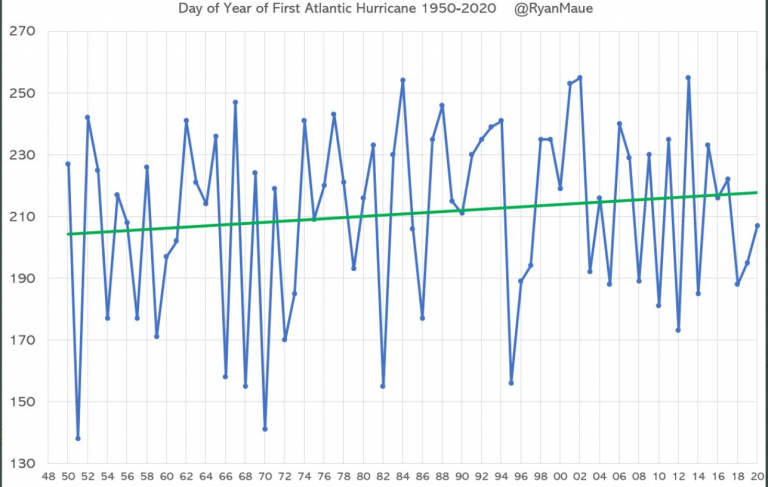 Media trick of starting at 1980

Relying on results produced by the trick of starting in 1980, the media reported an earlier and earlier start date, Maue points out. 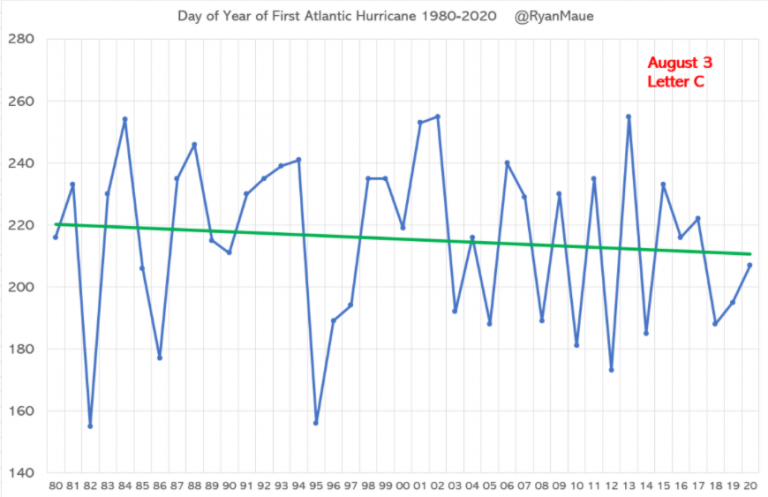 We know that CO2 emissions rose from 1950 to 1990, and so applying alarmist CO2 theory, the first named hurricane would be expected to occur earlier and earlier in the year. But instead it trended to start later and later during the 1950 to 1990 period, meaning it has little or nothing to do with CO2.

Overall Maue called the “fixation on ‘named storms’ and lengthening the season” a “waste of time.” He notes that the data for the first hurricane is “highly variable data” and that there has been “no significant trend — 2 days down over past 20-years.”

He sums up: “The whole ‘named storms’ trends is artificially inflated w/o a meaningful connection to climate change.”

This reminds us of how last year the Jeff Bezos-owned Washington Post published another alarmism-fraught article on how there supposedly was a “slower decay of landfalling hurricanes in a warming world.” Dr. Roger Pielke Jr. responded saying that there was a “massive error” in the Nature paper, which the Washington Post had uncritically cited.