With data showing individual death risk from natural disasters (floods, droughts, hurricanes, tornadoes…) declined from 7.2 per million population in the 1990s to 5.6 in the 2010s, a new study takes aim at the IPCC’s “subjective opinion” labeling method in the manufacture of climate alarm.

Per an exhaustive data analysis (Broccard, 2021), both the global-scale risk of death and property loss risk from exposure to natural disasters have been declining in recent decades. (Financial losses are said to be on the rise, but this statistic is considered too relative and therefore “misleading” because “poor countries suffer about thrice more destruction for a similar natural hazard” than non-poor countries, and thus property loss rather than financial loss is the better indicator of natural disaster risk and impacts.) 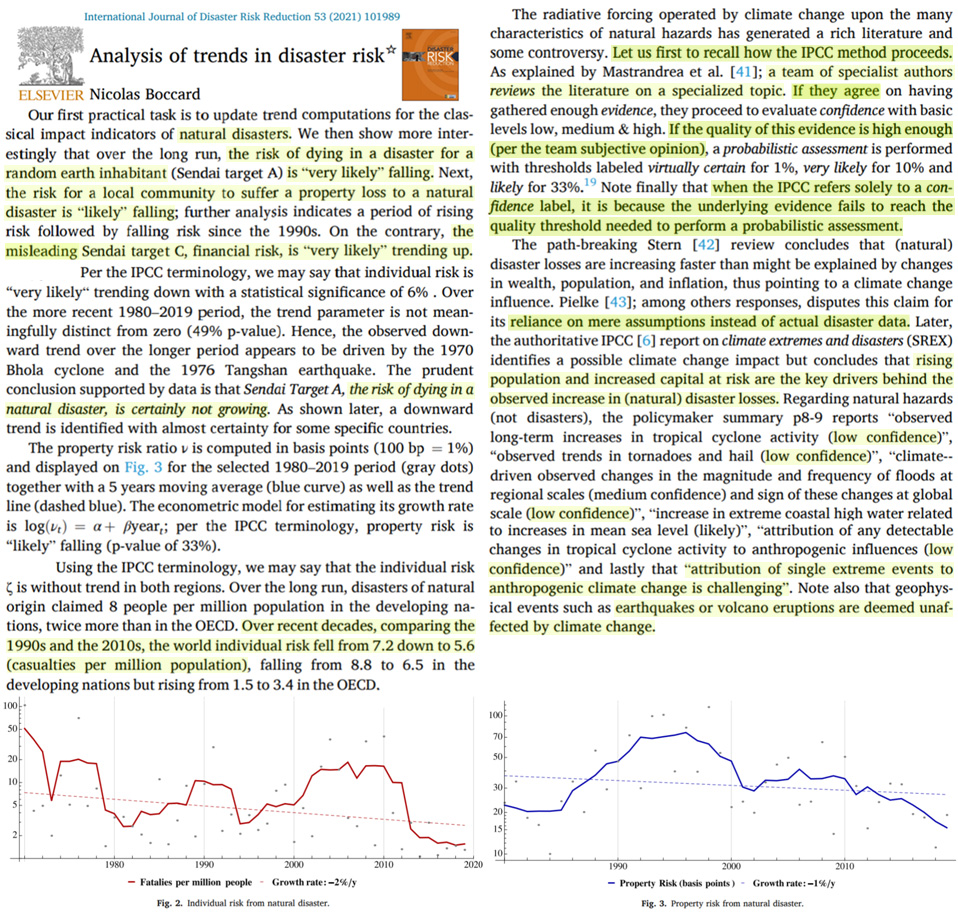 Data that show a global decrease in the natural disaster threat from climate change may not support the alarming anthropogenic global warming (AGW) narrative conjured up by policy makers and activists. Perhaps for this very reason the IPCC has been using a language-based (i.e., non-scientific) method to classify alarming natural disaster risk from AGW when actual data do not support the cause.

The IPCC method utilizes (a) a team of selected “experts” who by design are incentivized to agree with each other, (b) “team subjective opinion” with regard to evidence quality, (c) “mere assumption” instead of actual natural disaster data, and, as mentioned, (d) a made-up how-confident-we-are calibrated language scale (i.e., “low confidence” vs. “likely”) that is necessarily so lacking in evidence quality it cannot meet hard-science’s statistical probability/mathematical standards. Effectively, the IPCC method is not much different than asking the selected players if they’re kind of sure, pretty sure, sure, or really, really sure that global warming is having an impact on trends and risks from natural disasters.

Even with their tendentious attempts to accentuate natural disaster risk from climate change, the latest IPCC report actually acknowledges there is “low confidence” that cyclone activity, tornadoes and hail storms, flood magnitudes…have been increasing on a global scale. Further, there is an acknowledgement that “rising population and increased capital at risk are the key drivers behind the observed increase in (natural) disaster losses.”

Finally, it should be noted that the trends in fewer deaths from extreme weather events has been trending down for longer than just the last 3 or 4 decades. Goklany (2009) determined there has been a global “93-98%” decline in mortality attributed to extreme weather  events (droughts, floods, storms, extreme temperatures, wildfires…) since the 1920s. 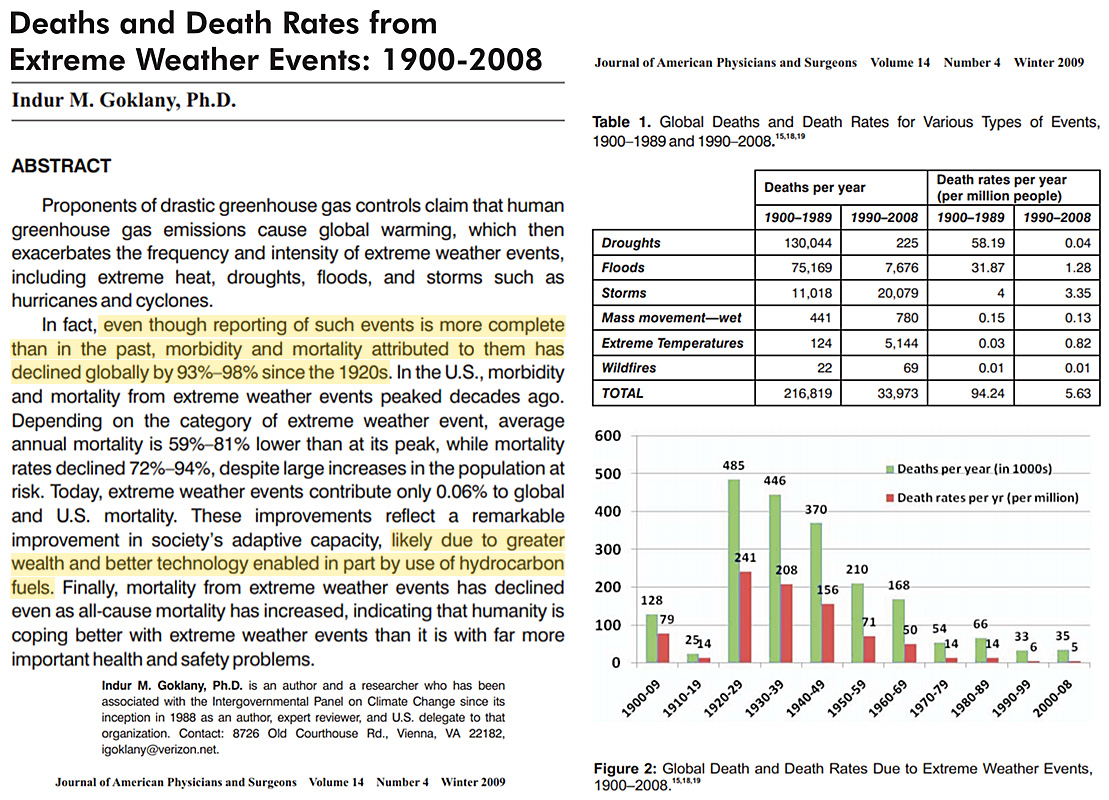