It’s been a really frosty April this year across Central Europe. Germany so far has seen it’s second coldest April since records began in 1881.

April across much of Europe has been unusually cold, frosty and even snowy, and the media have been awfully quiet about it. The following chart shows the mean temperature anomalies with respect to the 1991-2020 reference period so far (up through April 17): 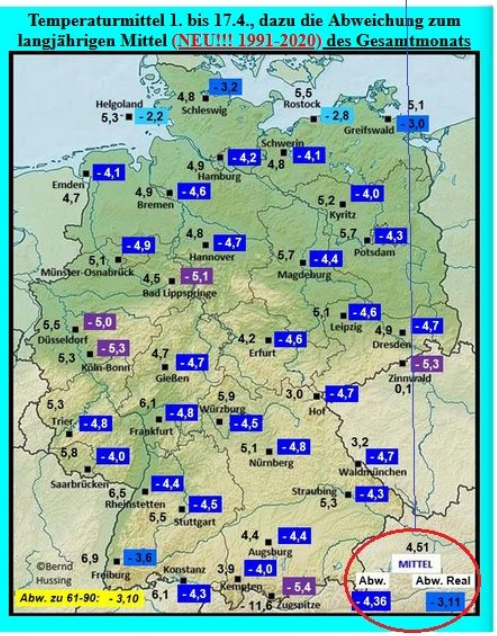 With a mean temperature of 4.5°C for Germany, April so far continues to be the second coldest since 1881, according to German DWD national weather service records. Only 1917 was colder at a mean of 4.3°C.

Another cold blast forecast for next weekend

And it likely isn’t going to change too much, as the ECMWF model is forecasting yet another unusual April cold wave with snow and frost for next week. A warm up is forecast near the end of the month, but that is still some 10 days out.

Most snowy April in 35 years

One thing is already certain: For Germans, it will be the most snowy April since 1986 – video. 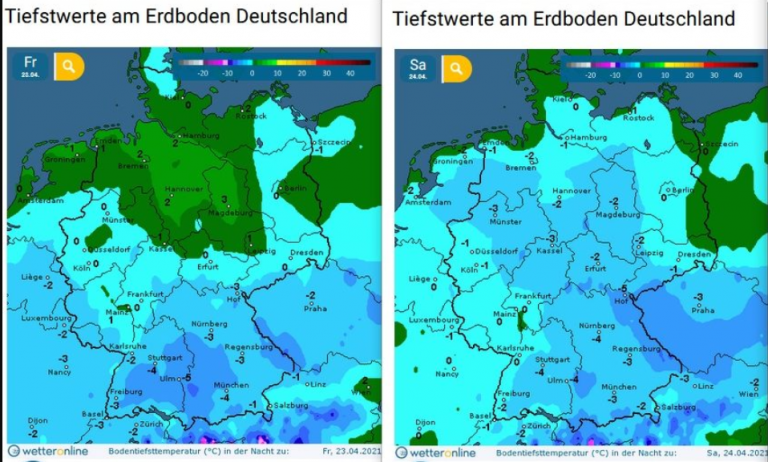 The WO/GFS forecasts (left and right) see a continuation of the April winter with widespread ground frost from April 23. Extremely cold air with up to -12°C deviations from the old WMO climate mean 1981-2010 over Germany is projected on April 26 at 850 hPa. Sources: WO/GFS forecasts Tmin ground Germany and WZ/GEM forecasts TA850 Europe.

The German media recently claimed that “the global warming continues”, but the NCEP GFS run of April 18 shows a temperature anomaly of near zero. 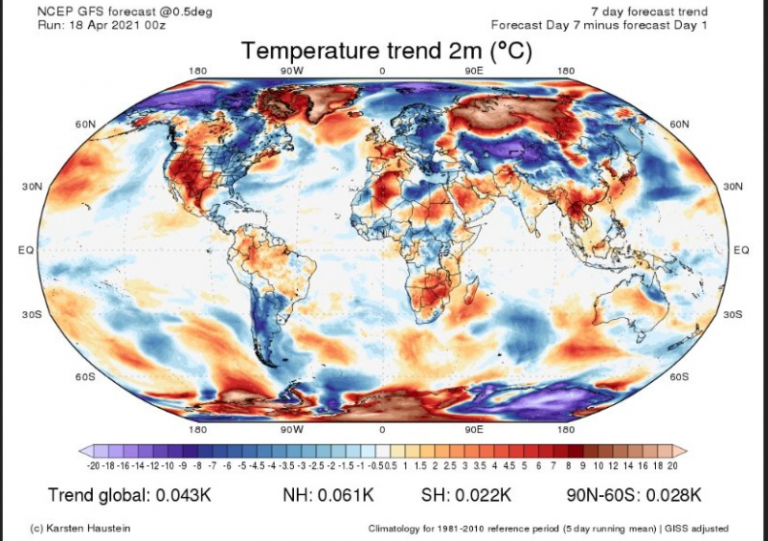