A new study (Kullman, 2021) suggests ~9000-year-old tree remains can be found buried in “currently empty snow hollows and glacier cirques” at elevations 600-700 m higher than where trees can grow today, implying a >3°C warmer Early Holocene climate. Treelines were still 75-100 m higher during the Medieval Warm Period…and even during the 15th and 17th centuries.

Claims that current climate warmth and glacier recession are both unusual and unprecedented for recent millennia are wholly contradicted by a wide array of megafossil tree evidence in the Scandes (northern Sweden). Pine and birch remains now emerging from regions thought to be “permanently” too cold for trees to survive can be carbon-dated to 1200 A.D., which was within the latter stages of the Medieval Warm Period.

“In this context the conspicuous and poorly understood subalpine heaths in the Abisko Valley (Josefsson, 1990) deserve attention. These are ‘permanently’ treeless areas in the lower subalpine birch belt. Current frost-heave in non-sorted circles have exposed pine megafossils, dating to the Medieval Warm Period around AD 1200 (Fig. 12). Apparently, they died during the subsequent Little Ice Age [10].”

Tree trunk remains located 600 to 700 meters atop the warmth-demanding temperature thresholds of modern treelines in northern Sweden date to the Early Holocene. Pine wood dated to the 13th, 15th, and 17th centuries have also been found at elevations 75 to 100 meters higher than today.

Using the lapse rate formula (i.e., temperature drops -0.6°C for every 100 m in altitude), this megafossil evidence affirms temperatures were at least 3°C  warmer than today from about 9,500 to 8,500 years ago, and perhaps 0.5°C warmer during Medieval times. 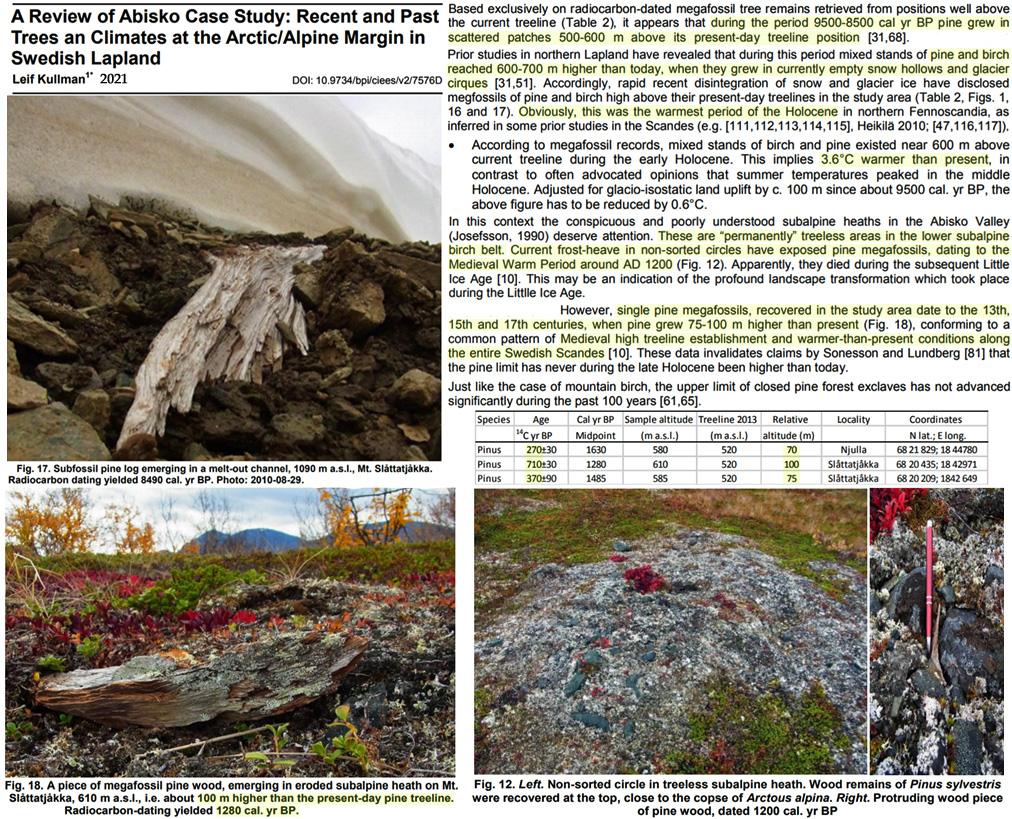 Treeline evidence also suggests temperatures  in the European Alps were “3.1°C higher than today” until about 4,000 years ago, when the climate began “deteriorating” (Badino et al., 2018). The reconstruction indicates modern temperatures are among the coldest of last 9,000 years. 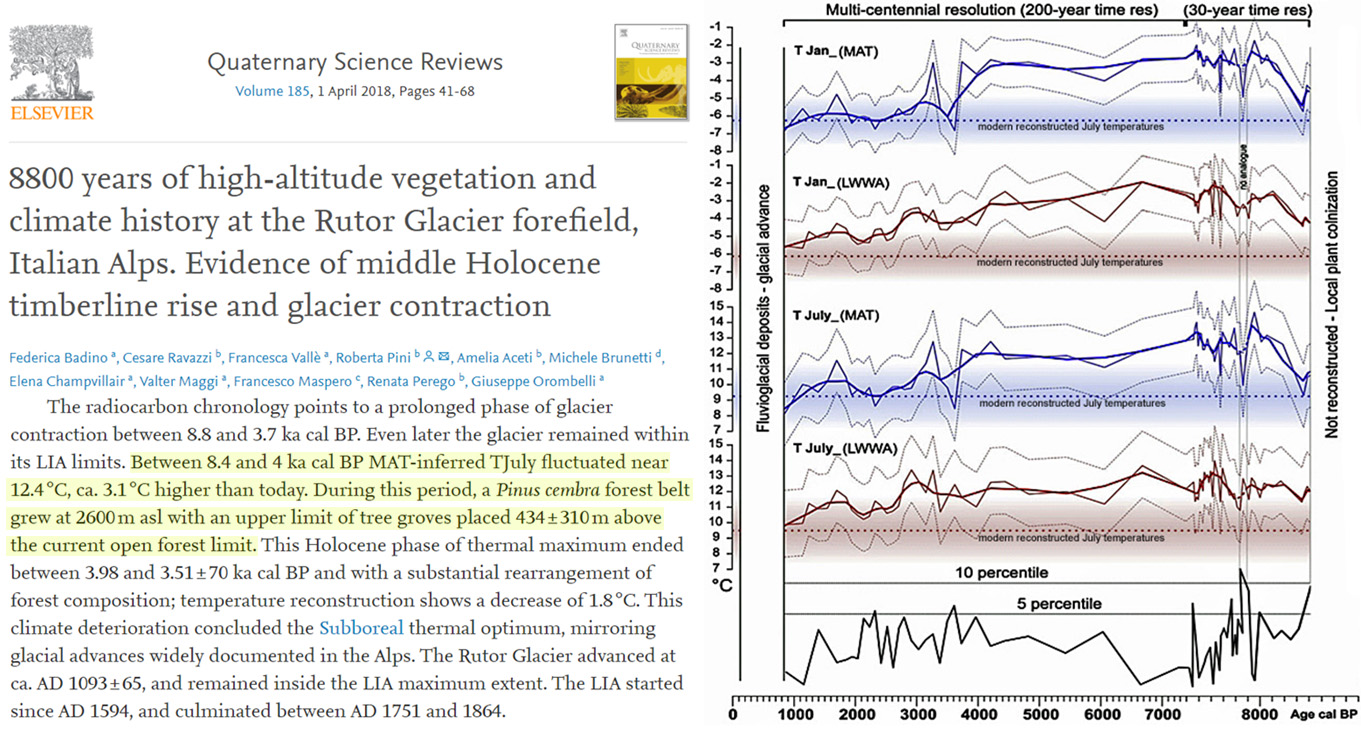