Wet, cold…very little sunshine. That’s been the month of May so far for many parts of Europe

The halfway point of May has been reached and Snowfan here has looked at the the mean temperature so far this month in Germany.

May in Germany so far one of the seven coldest since 1881 in the DWD records, very wet and with little sunshine. The Whitsun holiday forecast sees sleet in the lowlands and snow in the highlands.”

The Whitsun holiday, May 24, is approaching and the temperature forecast is looking awfully cool. The ECMWFR model forecast for May 23- 24 follows: 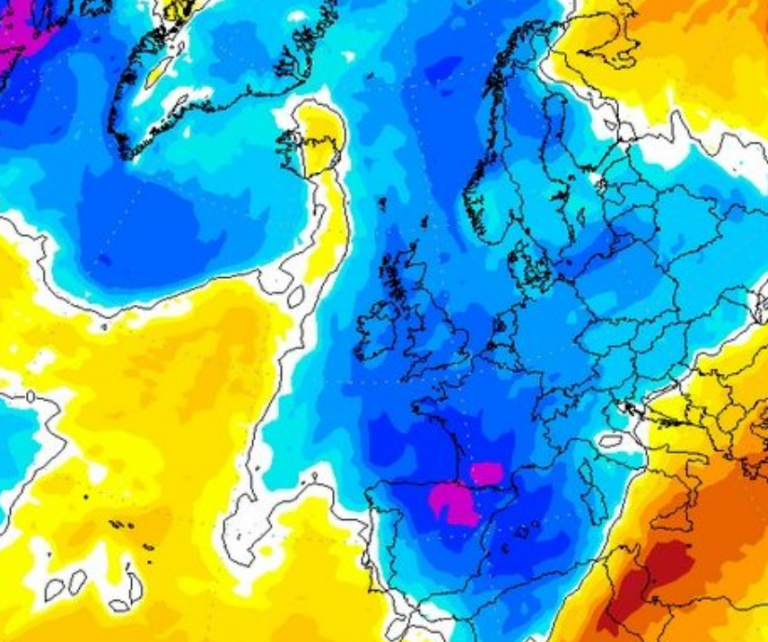 This means a snow line around 1000 m. The icy April 2021 in Germany and the unusual cold in May 2021 contradict the dire predictions of warming and drought in Germany that are often claimed by politicians. So far May this year is running about 2.5°C lower than in the same period last year: Germany too is cooling strongly, as is the entire globe.

The last three summers in Central Europe saw well below normal rainfall, and so politicians, activists and absurd media seized on the anomaly to declare that severe droughts have become the new normal for Central Europe – blaming manmade climate change.

But that claim too is fading rapidly today as Europe gets soaked by rains. Germany on average has already gotten more than 77% of the precipitation it typically gets in the entire month of May. 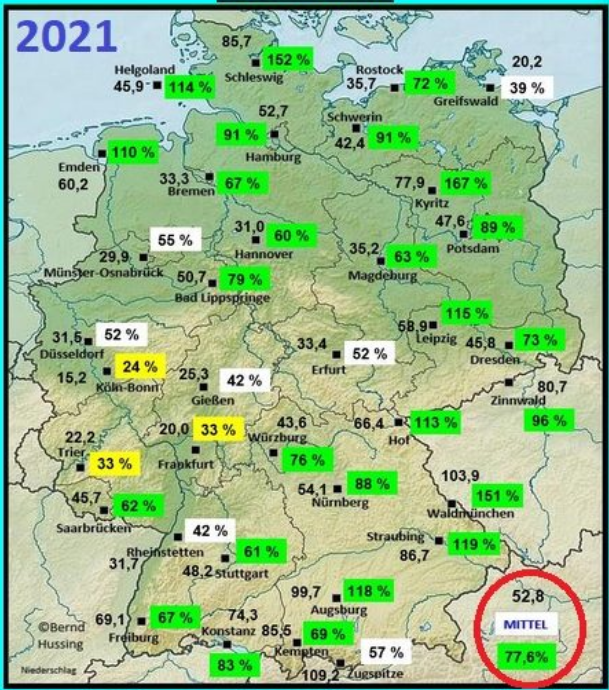 And the forecast for the next 7 days remains rainy. Already there has been flooding in parts of “drought-stricken” Germany. The first flood warnings in three federal states were issued on May 14th.

6 responses to “Halftime: Germany May Mean Temperature Running 7th Coldest Since 1881 – More Snow In The Forecast!”