If you repeat a truth often enough, then it stays that way.

Comprehensive analyses of data again show no link between rising CO2 and tropical storm intensity or frequency. It’s important to repeat that regularly. 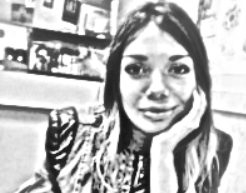 The latest comes from statistics expert, Zoe Phin, who looks at the alarmists’ claim that increasing CO2 emissions are leading to more frequent and intense Atlantic hurricanes.

Alarmist claims cost nothing, and so easily made. Zoe Phin looks at whether the hurricane alarmist claim holds up.

First Zoe looked at the (HURDAT2) data to find out if the first of the two claims (increasing frequency) is true. At first glance it would appear so.

But Zoe asks if the method of measuring the frequency really is sensible and if it maybe weren’t better to measure the amount of time the Atlantic spends in hurricane mode? To find out, Zoe plotted the hurricane hours data and the 10-year moving average:

From the data, Zoe concludes: “The amount of hours of hurricanes per year shows absolutely no trend!”

Next she looks at the second claim: hurricane intensity is getting worse – thus potentially more destructive.

To find out Zoe sensibly uses the hurricane’s lowest pressure as a proxy. “The lower the pressure the more intense the storm.”

She plots the data for all the hurricanes, their corresponding lowest lowest pressure values: