Our fellow Dutch climate blogger and friend Klimaatgek writes about how cold this spring has been  in the Netherlands this year, namely April and May.

Not long ago I reported how Germany had seen its fourth coldest April since recordings began in 1881. May so far hasn’t been warm either as the DWD German weather service reported the first 15 days had been the 7th coldest since 1881. The forecast sees more cool and wet weather for the rest of the month.

Also May 2021 will be memorably cold 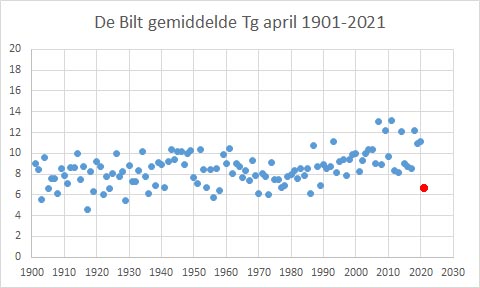 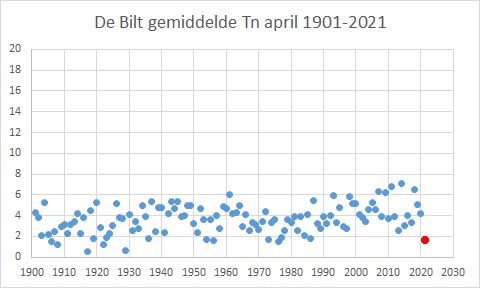 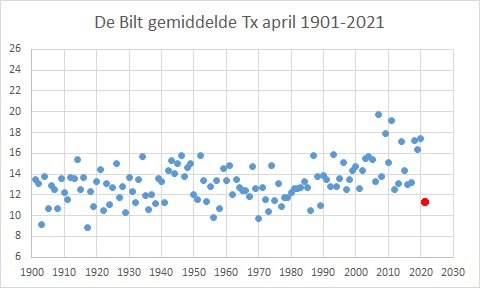 The graphs are based on 24-hour temperature data for De Bilt. As you probably know, these temperature data were homogenized between 1901 and September 1951. This homogenization is controversial, as has been written about here before. I  used these corrected data to make the above graphs but will indicate further on how the raw measurement data differ from this.

Because the current month of May is also very cold, I also made charts for the month. Since the temperature data for May 21 to May 31 are not yet known at the time of writing, I have used the KNMI forecasts for Tn and Tx and the Weerplaza forecasts for Tg. 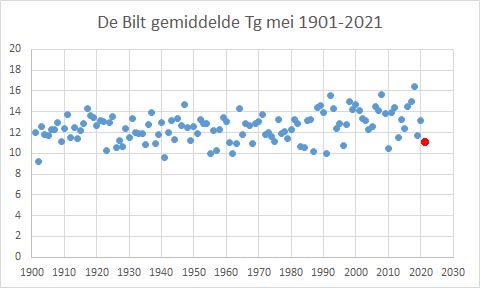 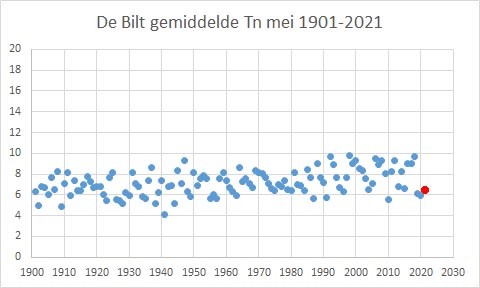 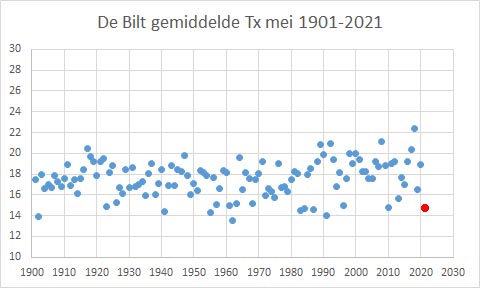 It’s a similar story for May: May 2021 is remarkably cold in the series since 1901. The difference with April is that the May 2021’s average Tx (maximum daily temperature) is remarkably low.

For Tg, Tn and Tx of April and May respectively, using the homogenized data on the left, I calculated how many years were colder than 2021 and how many were warmer than 2021. The picture is clear: April and May 2021 are remarkably cold for the 121-year period.

The right side of the table shows the figures after you apply the raw, uncorrected data from De Bilt. Based on raw data, both April and May 2021 rise a bit further in the ranking of coldest months.

Is all this a sign that we are at the beginning of a cooler period? Maybe so, but it’s hard to draw any firm statements about that I think.

In any case, it shows that the moment you think there is a real trend in the works after a few years of striking heat (and drought), you suddenly find yourself back to reality.

Except for alarmist weathermen, of course.

12 responses to “Silent Spring: May, 2021, In Netherlands Poised To Be “Memorably” And “Remarkedly Cold””