A French physicist recounts the evidence affirming temperature changes are the cause of changes in atmospheric CO2 concentrations throughout the last 423 thousand years of the ice core record, thus invalidating the claims of more than a negligible role for CO2 in affecting climate changes.

In a new study  Dr. Pascal Richet re-emphasizes the “most fundamental tenet of science, the principle of non-contradiction” in reviewing the extensive ice core evidence showing CO2 changes lag behind temperature changes by as much as 7,000 years – the “opposite conclusion” of “a driving role [for] CO2 assigned by climate models”.

This fundamental failure of cause-effect experimental evidence “invalidates” claims CO2 is a key climate forcing agent. Therefore, as Dr. Richet urges, “one should then reject the Arrhenian paradigm” because a “cardinal rule in science is to reject a hypothesis that clearly contradicts the experimental findings it is supposed to account for”.

The ice core evidence showing “the fact that temperature decreases do not depend in any noticeable way on CO2 concentration in all [warming and cooling] cycles” consequently “shifts the burden of proof of any CO2 influence on temperature to the proponents” of the CO2-drives-climate paradigm.

“As simply based on fundamental logic and on the concept of cause and effect, an epistemological examination of the geochemical analysis performed on the Vostok ice cores invalidates the marked greenhouse effect on past climate usually assigned to CO2.”

“[T]he greenhouse effect of CO2 on…today’s climate remains to be documented,” and, for CH4, “a causal correlation is actually nonexistent”.

“[S]ignificant contributions of CO2 and CH4 to temperature changes at the Earth’s surface remain unsubstantiated by direct, independent evidence.”

“[C]urrent models suffer from the circular nature of the reasoning” even in their assumed feedback role for CO2, which is similar to reductio ad absurdum argumentation. 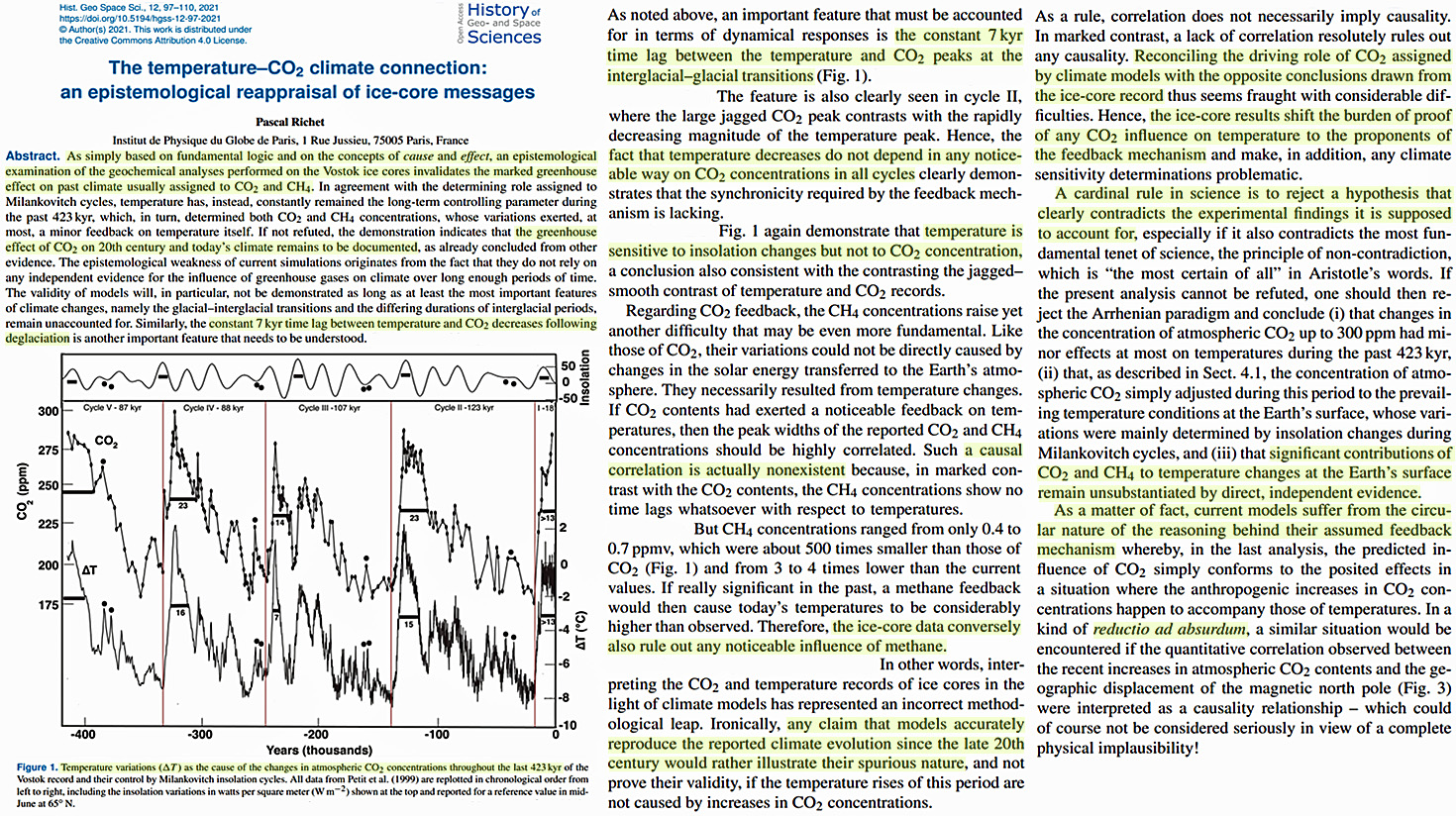