The US government deletes more than 50 years of early data on forest fires in order to make it look like forest fires are more widespread, and linked to CO2. Should be Investigated under the RICO Act.

There’s a reason why Smokey the Bear has been around more than 75 years with his message. “Only you can prevent forest fires.” The US government had known for decades that forest fires were a serious problem – much more serious than today.

They have forest fire data going back over 100 years. But suddenly, since January of this year, the US government is acting like there had never been a Smokey the Bear before 1983 and that forest fires are just a recent problem caused by manmade climate change.

It’s all a fraud, explains data analyst and software expert Tony Heller in his latest video.

Dataset now starts only in 1983

The government wants us to think data recording began less than 40 years ago, and that no data existed prior to 1983, which is absurd as we are about to see: 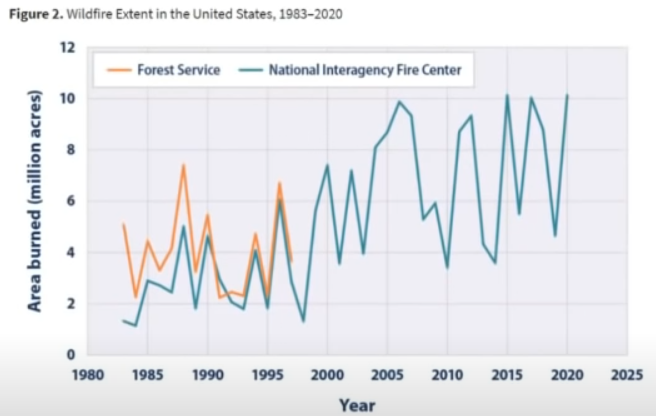 Through this massive deletion of historical data, the government is shamelessly abusing statistics and wants us to believe forest fires in USA are rising because of CO2 missions with the following plot: 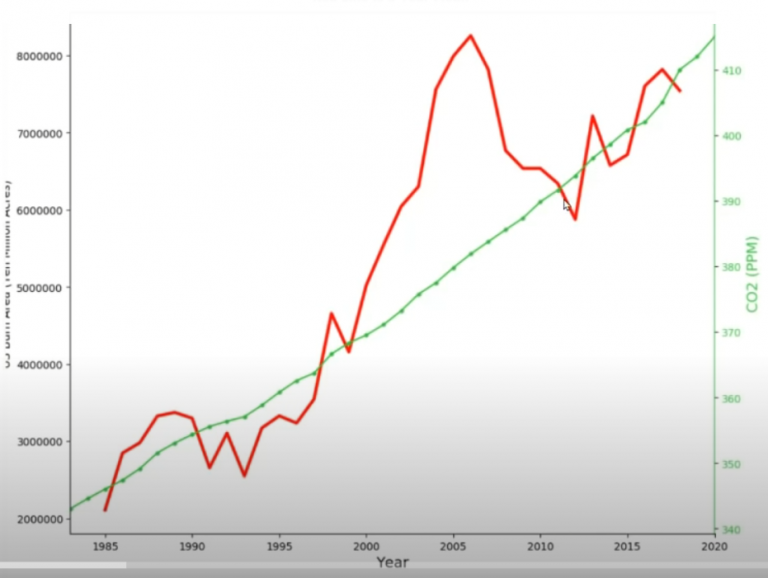 “They want people to be afraid that if we keep using fossil fuels, they’re likely to burn in a forest fire,” says Heller. “That’s a pretty scary thought.”

What are they hiding?

Obviously there’s a reason the government is using data going back to only 1983, when we know the datasets go back much further in time. What are they hiding?

Fires much worse in first half of 20th century

Heller then presents old New York Times newspaper clippings that report how forest fire acreage burned was  way higher in the 1930s dustbowl years, and shows a plot of the data going back to the year 1916: 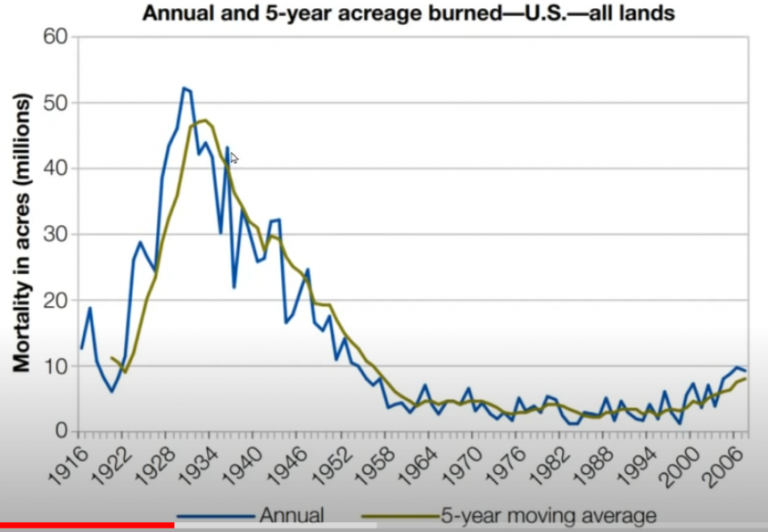 Now we can see how the most recent 4 decades have not been anything spectacular in terms of forest fires and that forest fires were far worse in the 1st half of the 20th century, when CO2 were at levels the government wants us to go back to.

No link between CO2 and forest fires

Heller also shows there’s also no correlation at all between forest fires and CO2 concentrations in the atmosphere: 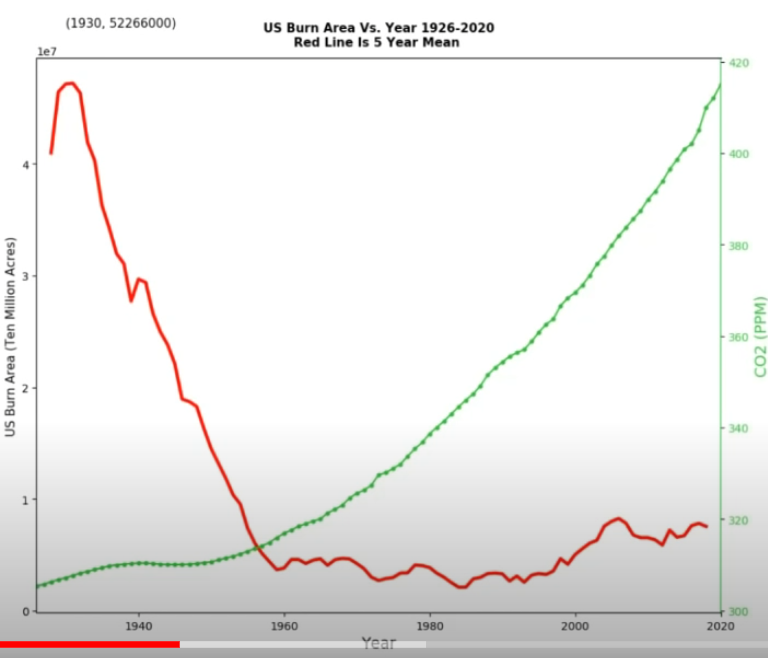 It’s clear that U.S. government scientists are again in the business of trying to create another fake crisis to justify the declaration of an emergency, more restrictions and even more control over our lives.

“Burn acreage is actually down 80% in the United States as carbon dioxide has risen over the past century,” says Heller, a trained geologist and software expert. The government is trying to erase. reality. The National Interagency Fire Center has the data going back to 1926, but now refuse to show it to the public.

Critics say this reminds us of how Stalin used to photoshop pictures to try and change history.

“So sometime since January, the Biden Administration has deleted all of the critically important data,” says Heller. “Democrat politicians like to make up scientific information. And when they are not making it up, they are simply erasing it.”

To claim that acreage burned by forest fires today is climbing to record highs is preposterous. The intentional deletion of decades of data in order to make it possible to claim a climate crisis is fraud and a scandal. This all borders on racketeering and should be investigated under the US RICO laws. The government is not above the law.