A look at the naïve platform of the German Green Party, who currently stand no. 2 in German polls after briefly occupying the top position – ahead of Merkel’s CDU/CSU party.

In March the German “Alliance 90,  The Greens” – or simply called “The Green Party” released its election program in the run up to the September national elections. 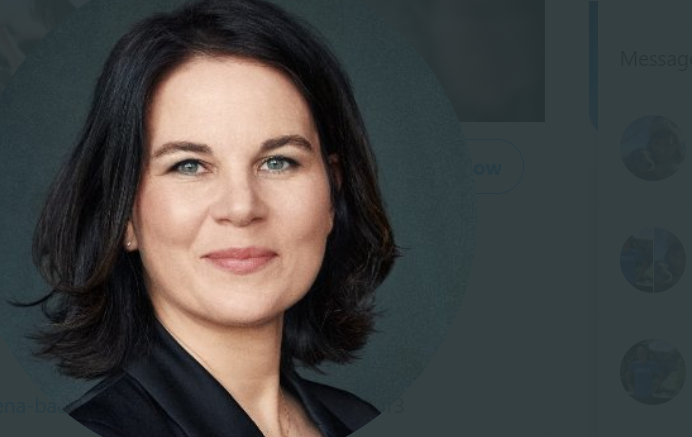 Just recently, the Greens saw their poll numbers soar to the top, even ahead of the traditional CDU/CSU conservatives and SPD socialist parties. People were already speculating on the chances of a Green Chancellor – the youthful and perky Annalena Baerbock.

But recent scandals surrounding allegations sexing up her resume and not declaring income have led to plummeting poll numbers.

The election program of the GREENS in 2021: Love for the ‘environment’ and for the ‘climate’ , but without regard for the people who ‘live here’ and towards a totalitarian eco-state, immigration & migration country.

– Higher taxes on heating fuels, gasoline and diesel fuels and thus still higher and higher energy costs: We will soon hibernate in the dark with cold butts.

– Right to vote already at 16 years old was clear, because the votes from the FFF climate activists need to count.

– Higher taxes, especially for ‘rich and high wage earners’, although the state is already not in a position to invest/spend the money purposefully and sensibly.

– More redistribution from citizens and companies to the state, where the money lies in stockpiles for lack of professional management, to then disappear at the Greensill Bank.

– Ban on the internal combustion engine from 2030, speed 130 of km/hr on the autobahns so that the German automotive industry finally, finally goes to hell.

– Climate protection in the manner of the Greens is a strategy of renunciation, impoverishment and redistribution from citizens to the state and its functionaries.

– Agriculture to be converted into a nature reserve parks, or solar or wind farms.

– Especially the middle class and the lower middle class are targeted by this contemptible policy – as once aptly said by former chancellor Helmut Schmidt: “Whoever votes for the Greens will bitterly regret it afterwards!”

– Or Franz-Josef Strauss: “The Greens are like melons, green on the outside and red on the inside!”

Those who vote Green will see in 4-5 years that the state failure proven in the current COVID crisis management has spread to all other areas as well.

Let’s do it like the Dutch: Let’s make sure that the Greens finally do something sensible again: Let’s simply vote them out of office!”

Much of the Biden Administration’s program is a copy of the German Greens. Both will lead to economic and social deterioration, and even environmental harm.