Not long ago, Dr. Roy Spencer posted the latest satellite Lower Troposphere Temperature as measured by satellite. Over the most recent years we have seen global temperatures drop.

And we also see signs cooling is putting the brakes on global ice melt and temperature rises, which, by the way, many scientists have linked to natural factors such as solar and oceanic cycles.

Snowfan here posted how Europe has seen an “unusually cold second quarter of the year (April-June)” thus far with much of Europe 1°C below the mean:

Snowfan also posts how the CFSv2 is indicating near normal summertime temperatures ahead with no really unusual warmth in sight.

This year June snow cover for Svalbard has reached the highest level in 5 years: 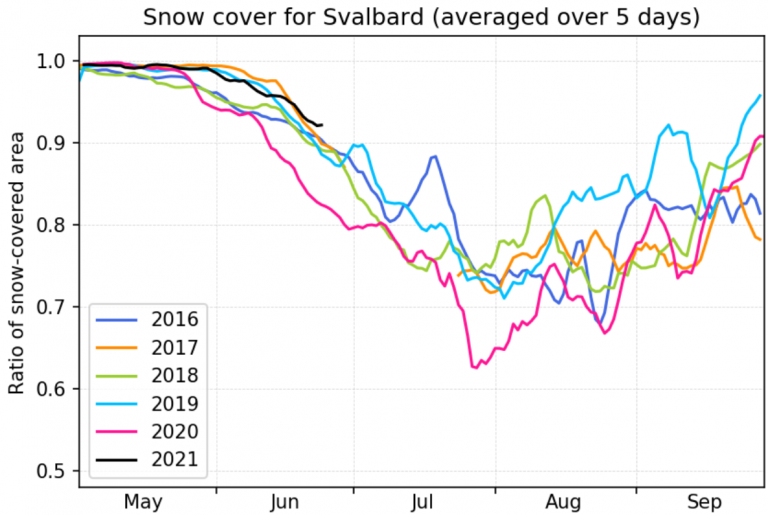 On another topic, electric vehicles continue to have serious technical problems: suddenly catching fire. Not only that, it takes hours for firefighters to get the fires under control.

“Letters and parcels also went up in flames. But the work is far from over with the extinguishing work on the e-vehicles,” writes the BZ. “Due to the long-lasting chemical reactions set in motion by the fire inside the vehicles’ rechargeable batteries, they have to be flooded in special containers to cool them down for 24 hours.”

4 responses to “As Globe Cools, Snow And Cold Return. German Post Electric Delivery Vehicles And Mail Go Up In Flames”