Last month we reported here how, according to police, some 40 Greenpeace activists used ladders to make their way into a fenced-in port terminal in Emden and withdrew more than 1,000 car keys from new cars awaiting to be exported. 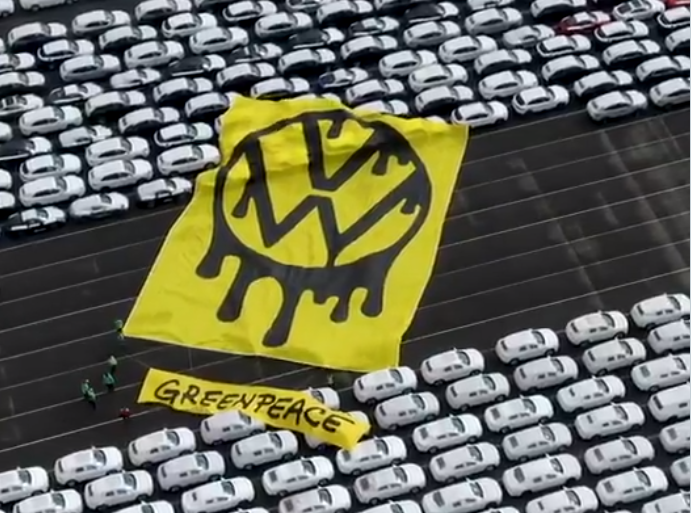 “Today we are taking hundreds of combustion engines out of circulation for the time being,” a spokesperson for Greenpeace even told the NDR public broadcasting just after the action.

The late May stunt by Greenpeace was aimed at pressuring the VW Group to stop its worldwide sale of internal combustion engine cars by 2025.

“We do not tolerate violations of the law”

But the May stunt of breaking in and committing grand theft appears to have not amused the VW Group.

German tagesschau here reports VW seems to have had “a change of heart” and since has filed a criminal complaint.

“Initially, they had reacted surprisingly moderately to the Greenpeace action at the end of May and refrained from filing criminal charges,” reports the tagesschau.

“We do not tolerate violations of the law,” said a VW spokeswoman in Emden.

The tagesschau also reports how the public prosecutor’s office and police are already “investigating about a dozen activists on charges of trespassing and particularly serious theft.”

“In order to initiate a criminal prosecution, today’s criminal complaint by VW would therefore no longer have been necessary.”

Now it remains to be seen if the authorities will also move harshly against Greenpeace with respect to a reckless stunt performed by one of its members at Munich’s Allianz stadium before the kickoff of the opening match between France and Germany.