New Study: A ‘Profound’ ~1°C Cooling Trend Across East Antarctica Since 1979 Is ‘Likely To Accelerate’

Except for a few pockets of warming along the West Antarctic coast, surface air temperatures have cooled profoundly across East Antarctica – most of the continent, as well as the surrounding Southern Ocean – in the last 40 years (1979-2018). About 30% of the cooling can be explained by Madden-Julian Oscillation forcing.

But according to graphical illustrations of surface air temperature (SAT) trends from satellite observations documented in a new study (Hsu et al., 2021), nearly the entire continent of Antarctica and much of the surrounding Southern Ocean have undergone about -0.02°C/year (-0.2°C per decade) SAT cooling during this period.

Per the authors, one-third of this 40-year cooling trend can be attributed to Madden-Julian Oscillation (MJO) forcing. The MJO influence is “likely to accelerate” the long-term cooling trend for East Antarctica in the coming decades. 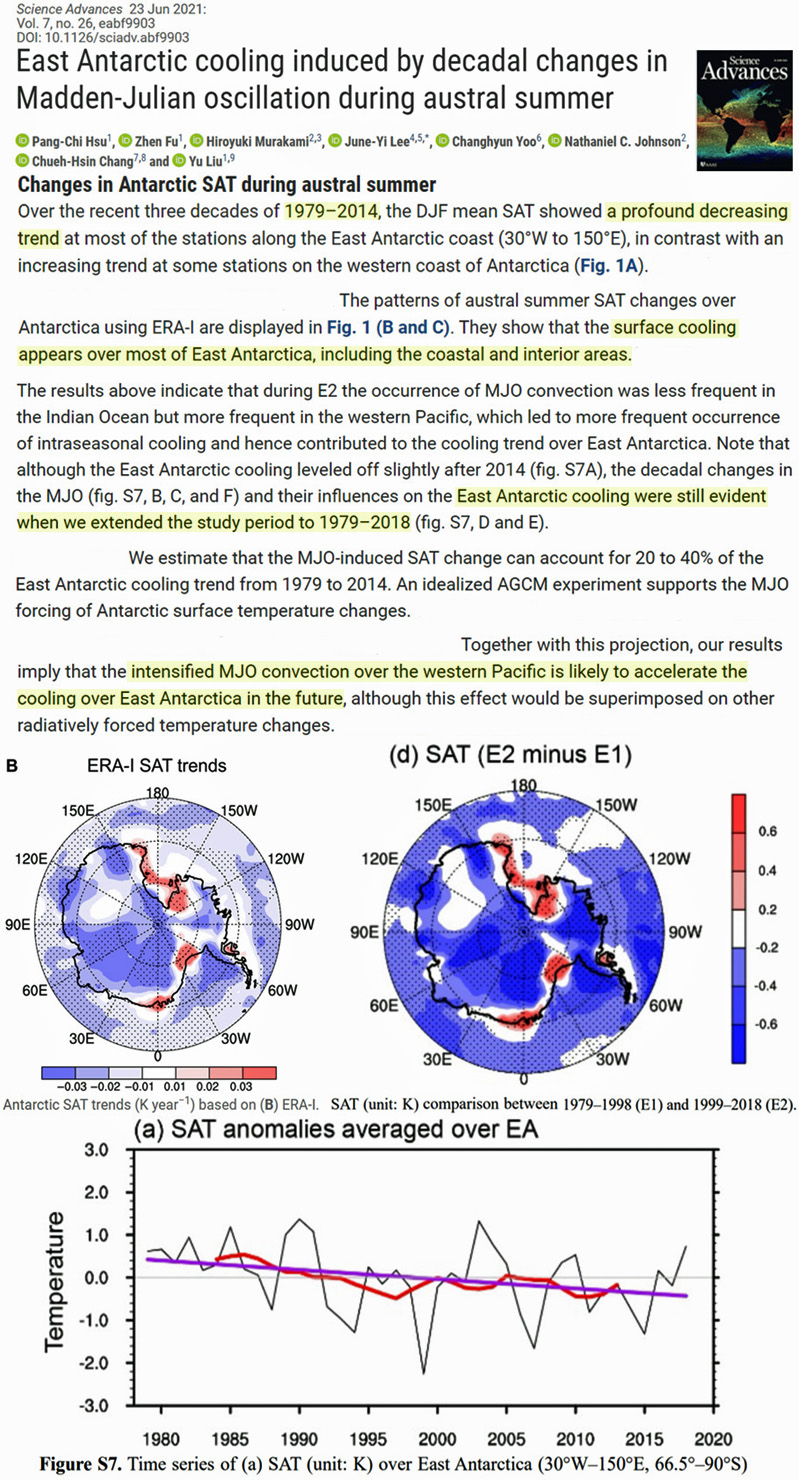 9 responses to “New Study: A ‘Profound’ ~1°C Cooling Trend Across East Antarctica Since 1979 Is ‘Likely To Accelerate’”