Germany’s “Katrina”: Officials Left Dams Full For Weeks Even With Heavy Rains In The Forecast

Officials left dams full to the brim at least 3 weeks long during a rainy period and then failed to undertake a controlled release even when 150 mm of rain were forecast 4 days before the floods.

Now they want to hide their gross incompetence and blame climate change.

Yesterday I posted how Germany’s flood disaster could have been prevented in large part, especially in terms of lives lost. The latest death toll has risen to over 150.

Although the heavy rains had been forecast days in advance, nothing was done to avert the inevitable destruction. Instead of taking responsibility, politicians are blaming climate change in a bid to shift attention away from their incompetence and gross negligence.

Negligence worse than we thought

But it turns out the gross negligence may have been even worse than we thought: Dams constructed to regulate the flow of mountain streams and rivers had been left full for weeks before the disaster struck – despite Europe being stuck in a rainy period. 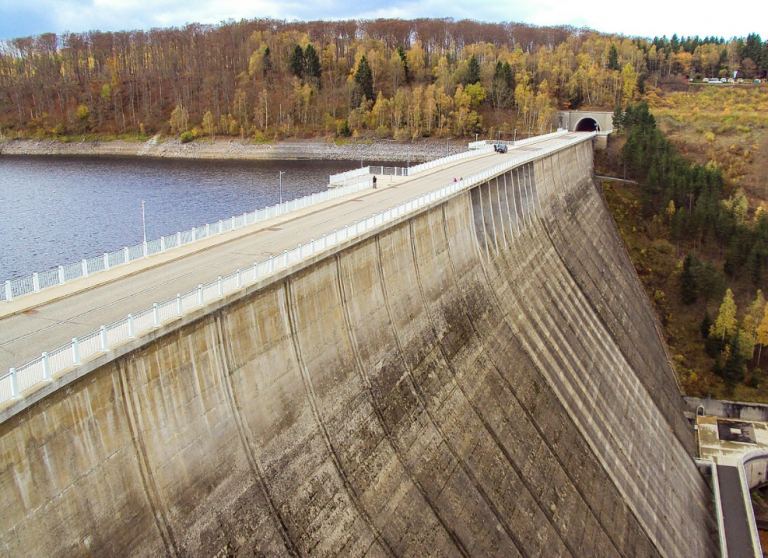 For illustration purpose only. Photo by: Hahnenkleer. Copyright: see here.

One independent journalist, Henning Rosenbusch, tweeted at Twitter a clip of a German citizen commenting to a “Welt” reporter:

The resident in a flooded region tells  the “Welt” reporter how every week he rides his mountain bike along dams that hold back waters in valleys. “I noticed that for the last 3 weeks all dams were full to the top – up to just 20 – 30 cm from the brim. These dams are there to hold back the water. Why didn’t they release some of the water in a controlled way much earlier? For me it’s unimageable. This whole thing should not have happened if there had been 10 or 20% more available volume in the dams.”

Three weeks long dams were left full to the top even with long range forecasts (14 days) showing more and more rain on the way. It’s been a rainy summer, and there were no signs things would change soon.

Then 4 days before the catastrophe struck, meteorologists warned that up to 150 mm of rain was on the way. The filled dams were ticking time bombs that needed to be defused – and there was the opportunity to do so. But for whatever reason, nothing was undertaken by the authorities to release water behind the dams in a controlled manner  to create capacity and slow the downstream flow.

27 responses to “Germany’s “Katrina”: Officials Left Dams Full For Weeks Even With Heavy Rains In The Forecast”