Just two years ago, many of Germany’s mainstream media outlets declared sea ice at the South Pole was melting at an “astonishing” rate. For example, the left of center, Munich based Süddeutsche Zeitung, 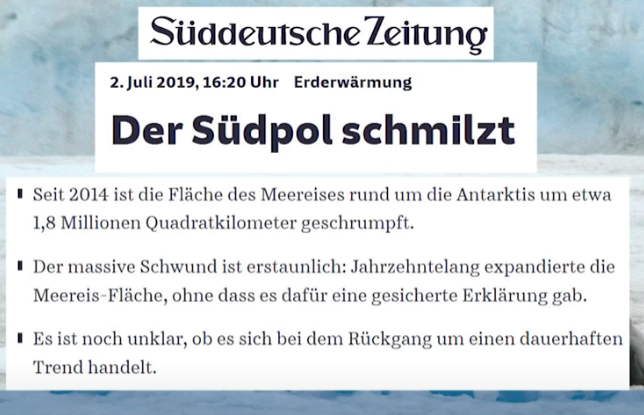 But many readers here, who are aware of the real data, know nothing of the sort over the long term has happened since satellite measurements began over 40 years ago. 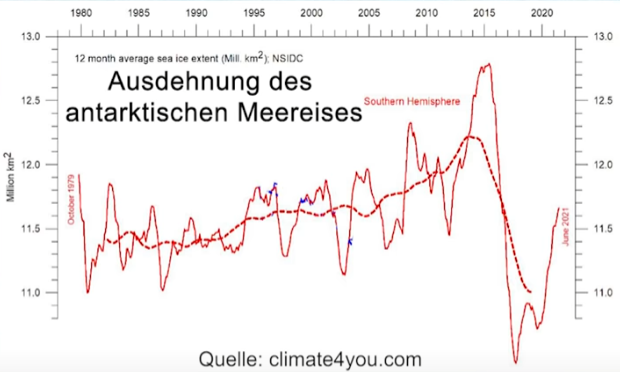 Sea ice at the South Pole has rebounded over the past two years to levels seen 30 years ago. In June, 2021, Antarctic sea ice was even well above normal. The doomsday scenario has disappeared, and not the ice.

“Researchers are in agreement that the strong decline in Antarctic sea ice from 2016 to 2019 is mainly due to natural causes,” says Die kalte Sonne. “Obviously this is not a good topic for the Süddeutsche Zeitung, who prefer not to report on the ice recovery.”

Not informing the public about the most recent developments, but instead leaving them with a false impression based on carefully cherry-picked data two years earlier, is a classic disinformation technique that has long been perfected by the activist media.