Madagascar’s current drought is perfectly within normal range. Droughts were even worse in the past, 2000 years of precipitation reconstruction data show…

Not surprisingly, there been lots of climate doomsday talk about the drought and hunger situation in Madagascar, all coming from the usual suspects. The media like the climate sensationalization to attract clicks and activists like to exploit it to pound their fund-raising drums.

Recently Die kalte Sonne here looked at the situation in one of its climate videos and finds that blaming manmade climate change for the misery in Madagascar doesn’t hold any water.

Citing scientific data from a 2021 publication issued by Europe’s Copernicus global observation project, there has indeed been a drought in Madagascar. But how does it compare in a historical context?

Well within range of natural variability 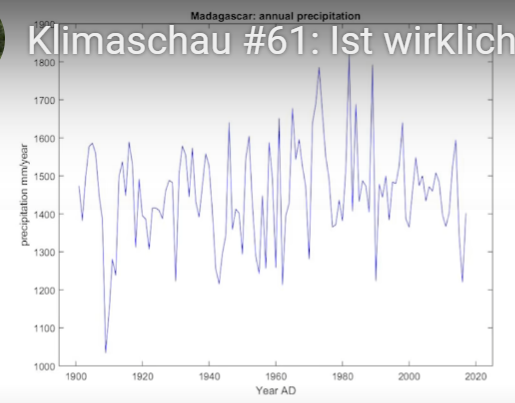 Here we clearly see it’s been similarly dry earlier over the past century on multiple occasions, particularly in the early 20th century. Natural variability plays a major role in Madagascar precipitation.

Die kalte Sonne, who have deep expertise on Africa’s past climate, then present a study by Scroxton et al (2017) with precipitation reconstruction going back 2000 years for Madagascar, and 800 years for Oman: 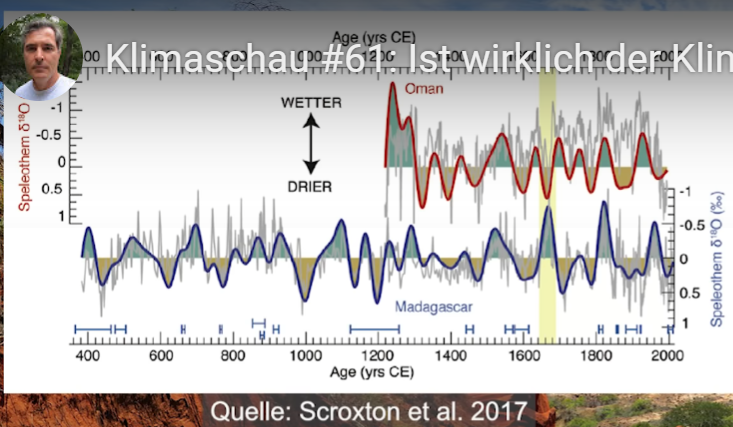 Once again the data show that today’s precipitation levels in the two aforementioned regions remain well within the natural range and contradict the alarmist claims made by the panic-mongering UN, media and activists.

Die kalte Sonne summarizes: “The kneejerk linking of this year’s drought in Madagascar to climate change is thus scientifically not correct.”

A useful tool for locating scientific literature about past temperature and drought trends is available here.