Glasgow: The Stampede To Mass Poverty…120 BILLION Tonnes Of Materials For Wind Turbines By 2050?

[Germany] When looking at the current frenzy around the climate rescue event COP 26 in Glasgow, one can only get scared. Not because of our climate, which doesn’t care about the whole hype, but because of the proposed hysteria-driven radical measures.

Leading to a humanitarian catastrophe

The whole CO2 hypothesis is based on fundamentally flawed assumptions about the CO2 cycles of the earth, because the actual changes take place in the oceans and not in the atmosphere. The fear of mankind’s insignificant CO2 emissions, stoked by an incredible propaganda campaign, is now leading us toward a humanitarian catastrophe that will probably cost hundreds of thousands, if not millions, of lives.

Glasgow is the media highlight of a campaign that has been running for decades to dissuade mankind from using fossil raw materials such as coal, oil and natural gas. In the meantime, the anti-fossil campaign has assumed a breadth and mass that resembles a veritable tsunami in its effect on our society. In the past, it was mainly politicians, the media and “environmental” NGOs that put pressure on industry and banks. Today, Big Industry and Big Money are also aligned and have mutated into driving forces of “de-fossilization”.

The dwindling number of remaining mining and oil production companies are being squeezed in a variety of ways. At the behest of  central banks, they are no longer being granted loans, insurance companies are refusing to cover operational risks, customers must prove they are not buying “CO2-polluted” products, and in addition, associations such as the Carbon Disclosure Project are exerting enormous internal pressure through all possible channels.

The newest forces in this round are legal courts, all the way up to the German Federal Constitutional Court, which for example grant Peruvian farmers or young people from remote bushlands in the middle of nowhere the rights of action against our basic industries. As the icing on the cake, activist investors are now also making their appearance, using comparatively small amounts of capital to break up reluctant corporations and pick the fattest chunks from the leftovers. 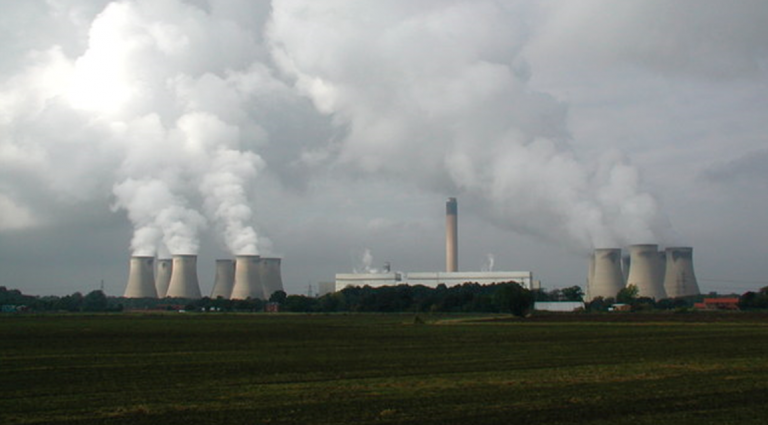 A round dance of cruelties

In the media frenzy of Glasgow, a veritable stampede is currently developing where everyone is trying to outdo the other with promises of ever tougher anti-CO2 measures. Moreover, there is no coordinated and thus specifically controllable action. Instead, a patchwork of countless actors from politics, associations, activists and the courts are rushing individually in the same direction. Apparently, none of the politicians in Glasgow has the slightest idea what they are doing to themselves and to all of humanity with these promises.

The first effects are already being felt with rapidly rising prices in the energy sector. Few seem to bother about the fact that the extraction of raw materials is an enormously time-consuming and capital-intensive undertaking. Regardless of whether we are talking about fossil raw materials or ores: The development of new deposits often takes more than five years and can quickly swallow up billions. And often enough, they are exhausted after just 10 years or so.

Raw materials supplies will be interrupted

To ensure that supplies do not come to a standstill, raw material producers must therefore invest continuously in new projects. And it is precisely this continuity that is being shattered by the current campaigns. The consequences will be felt much faster than we can imagine today. What we are now experiencing with coal, oil and gas will spread like wildfire to all raw materials, and once the run on dwindling supplies has begun, there will be a scramble in which second and third world countries will not be able to keep up.

Even Europe will then be pushed aside by the next broad-shouldered “America First” representative. The already rising tide of poverty refugees from Africa, Asia and Latin America will swell to gigantic proportions and put all of Europe in great distress.

Just a handful of specialists seem to have noticed the significance of the recent magnesium shortage. Since the production of magnesium requires a lot of electricity, western companies got out of this business a long time ago. Many here were even happy to leave these “dirty” activities to China with its abundant and cheap coal-fired power generation. At the same time, one could then lash out at China as “the world’s biggest climate polluter.”

Since then, magnesium production had to be cut back there, not only because of electricity prices, but also because the power plants had exhausted their CO2 quotas, which were fixed by the state. China, too, is now firmly in the grip of CO2 hysteria.

This has triggered a chain reaction that no one seems to have had on the radar. Magnesium is one of the most important alloying elements for high-quality aluminium alloys. The value chain today runs as follows: No CO2 means no magnesium, which means no aluminium. Period.

Similar rationales apply to steel and cement, and in principle to all other metals. How are we supposed to install at least 150,000 wind turbines that will be needed in Germany alone in the future if we are neither able to produce neither steel nor cement for them? Green hydrogen and similar “alternatives” can only be exalted by people who have no idea whatsoever of such mundane terms as energy efficiency or cost-benefit ratio.

There’s no civilisation without electricity

The brutal truth is that the uncoordinated, hysteria-driven global campaign against CO2 is causing us to catastrophically cripple the world’s energy and raw materials supply without really knowing how to generate the missing electricity. Wind and solar are useless for this, but few experts know that. On television, you only ever see certain “experts” who talk the talk of CO2 hysteria and are well paid for it. A prime example is Germany’s Claudia Kemfert, who appears in every available talk show. As an economist, however, she does not know the complexity of the technology for power generation.

How about 50% wind power worldwide?

What would we need for wind power alone for the year 2050, with then 10 billion people worldwide? Based on current energy consumption levels, probably 80,000 terawatt hours (TWh) of wind power alone would be needed annually worldwide by 2050. That is, if we want to end hunger and lift the third world out of poverty. That would be equivalent to some 20 million wind turbines. Each wind turbine requires more than 6,000 tons of material, mainly steel and concrete, aluminium, copper and rare earth metals. That adds up to some 120 billion tons of material. Let’s not even talk about the costs.

At the same time, existing power generation is already being cut away with brute force. But such aspects are not being thought about in Glasgow. There the motto is a Mad Max like Safari, who shoots the most CO2 sinners. And the latest fad is that they want to save the forests. Interesting about face specifically for England, where a large coal-fired power plant has been converted to wood-fired power. Year after year, gigantic quantities of wood are felled in America and shipped from there across the Atlantic and disappear in its fiery gullet. Of course, this project has all necessary eco-labels of being perfectly climate-friendly and CO2-free!

12 responses to “Glasgow: The Stampede To Mass Poverty…120 BILLION Tonnes Of Materials For Wind Turbines By 2050?”